KT Corp maintained double-digit growth in Q2 operating profit, amid ongoing signs that South Korea's 5G investments are bearing fruit. Net income in the April-June period was also up by a sizable 77.4% year-on-year, to 370.8 billion won (US$322 million).

KT alone also saw a strong rise in operating profit by 38.1% on revenue growth of 3.2%. 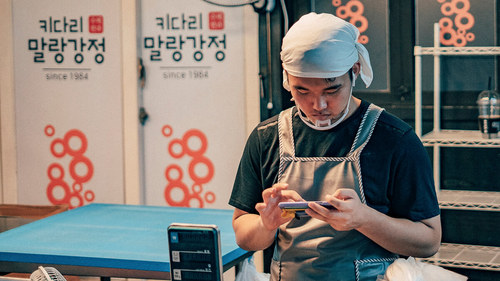 Work it: KT's investment in 5G appears to be paying off finally, according to the latest set of results.
(Source: Daniel Bernard on Unsplash)

Wireless service revenue increased by 4.5% to 1.68 trillion won ($1.5 billion), attributed to "solid growth" in 5G subscribers. The number of 5G subscribers amounted to 5.01 million compared with 4.4 million the previous quarter, and accounted for 35% of total handset subscribers.

KT Corp previously said it is looking to its emerging AI and B2B services to drive growth in 2021 and bring about "tangible results" in its transition to digital platform business.

According to the Yonhap news agency, KT aims for its 5G subscribers to account for 45% of its handset users by the end of 2021. It is also banking on the recent launch of its 5G standalone network to drive take-up of industrial 5G use cases.

Juniper Research predicts that over 60% of global 5G connections will be located in the Asia-Pacific region by 2026. By that point, it said total 5G connections are expected to reach 3.2 billion globally, up from 310 million in 2021.