In chip dip, Apple shoves to front of Foxconn queue

Foxconn, Apple's semiconductor supplier, says it expects the global chip shortage will have only "limited impact" on the Taiwanese chipmaker and its chief customers. Who are, by strange coincidence, the world's biggest consumer electronics firms.

The lesson is that when push comes to shove among chip customers, it's good to be the biggest beast in the jungle. 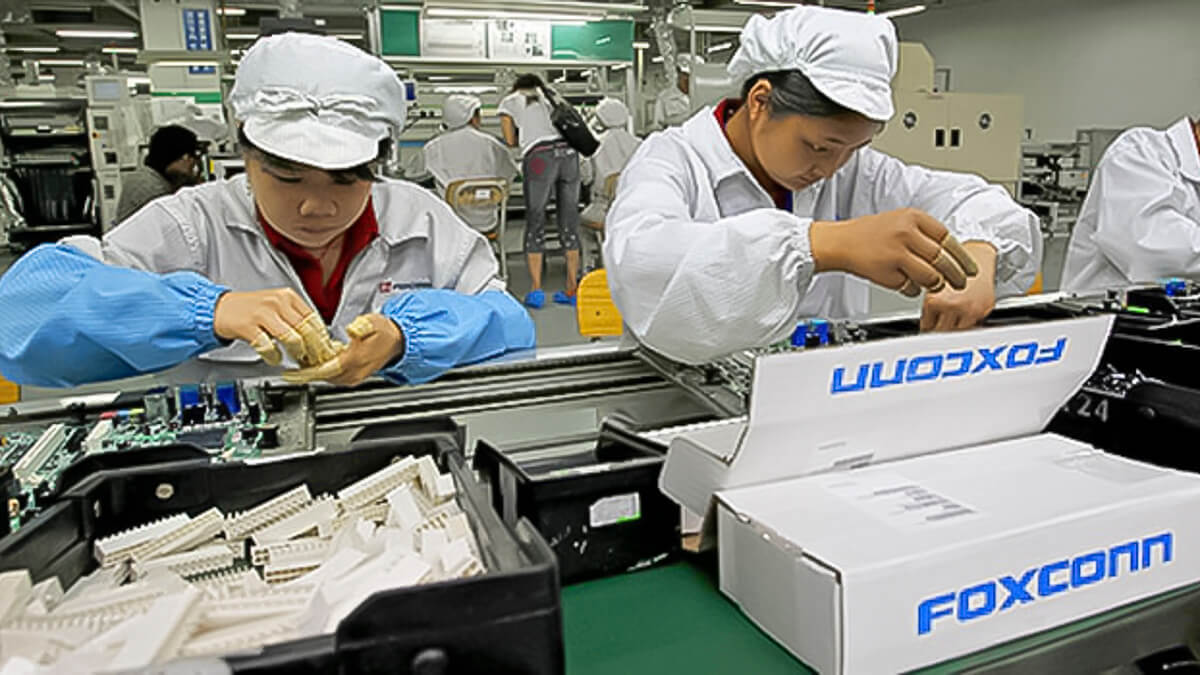 Get in line: Apple is big enough to muscle its way to the front of the queue.
(Source: iphonedigital on Flickr CC2.0)

The world's top electronics makers have largely hoovered up the world's currently sharply limited semiconductor supply. Apple is Foxconn's biggest customer. Its suppliers tend to prioritize it. Apple spends more on chips just for the iPhone each year than the $40 billion the entire auto industry spends on chips.

Don't pity Foxconn, though, which should hardly suffer for the choice. Amazon has recently tasked Foxconn's Cloud Network Technology to start churning out Fire TV sticks at its Indian plant in Chennai. Rumors are swirling that Apple is also sending prototype foldable iPhones to Foxconn to make.

The semiconductor maker, which employs one million people, should do well in the first half of 2021, "especially as the pandemic is easing and demand is still being sustained," says Liu Young-way, the company's chairman. And Foxconn is investing heavily in a new electric vehicles platform, promising three models by the last three months of this year, batting its eyes just slightly at tech companies like Apple who have been furiously contemplating bringing their brand into cars.

Big queue at the chippie

Industries from smartphones to carmakers are all now feeling the pinch of a global chip shortage. The shortage was caused by a lockdown surge in sales for laptops, games consoles, and televisions, then bolstered by a bounceback in auto sales.

If this isn't bad enough, a freak burst of Arctic weather in Texas, on top of it all, shut down the Samsung, NXP, and Infineon semiconductor plants around Austin. In a tight market, the decision of top foundries like Foxconn and TSMC to prioritize companies like Apple and Amazon comes at the detriment of smaller industries like, notably, automotives.

Even though at the top end, a modern electric vehicle contains over $800 worth of semiconductors, and as tech companies blur the line with automakers their silicon content may rocket up. Chipmakers shoot back that the auto industry is quick to slash orders in a downturn and during recoveries, demand investment in new production. And carmakers also tend to buy fairly basic silicon, like microcontrollers churned at in older foundries.

If a top-flight chipmaker agrees to make it, then a carmaker doesn't want it, it's hardly going to convince Sony to plug it into a Playstation 5. Currently, it takes 26 weeks for an automaker to get its hands on a microcontroller, after ordering it. Double the normal 13.

Auto industry suppliers like Infineon and Robert Bosch, realizing their place in the pecking order, are now looking into commissioning new foundries this year. But for now, lack of a $30 component will be halting production of $60,000 cars.

To keep pace with demand, Foxconn offered its workers in China bonuses and overtime to keep working over the recent Chinese New Year, to keep pace with enormous global demand. Pegatron and Luxshare did the same.

Meanwhile, Apple has asked the Fair Labor Association to investigate working conditions of Foxconn's employees, amid criticism they are overworked and underpaid. In response, Foxconn says it has raised basic salaries of its workers by 25%, with Shenzhen factory workers now earning between $285 and $400 a month, based on performance.

It's not the only point in its supply chain where Apple has had to face worries and criticisms about working conditions. In November 2020, Apple put its manufacturing partner Pegatron on probation for making unapproved use of students to carry out overtime and night shifts.

And longtime supplier O-Film Group recently got the chop altogether from Apple's camera module supply chain, when it emerged the company was using Uighur forced labor. The end result may turn out that the world's top buyers get first choice not just for supply, but to buy from chipmakers with the least bad human rights records.

So the harder choices may possibly fall to carmakers, who may face impossible decisions between keeping their factories quiet, or courting fury by going to companies the electronics firms have shunned.