One last swipe, from a president departing for Mar-a-Lago.

The Trump administration, which ends at midday on Wednesday, has used some of its last hours to tell Intel and other Huawei suppliers it is revoking their licenses to sell to the Chinese tech maker.

On Friday, the US Commerce Department issued "intents to deny a significant number of license requests for exports to Huawei and a revocation of at least one previously issued license," according to the Semiconductor Industry Association.

When Huawei was placed on the Commerce Department's "entity list" in May 2019, companies using US technology needed to request licenses to sell semiconductors to it after last September. 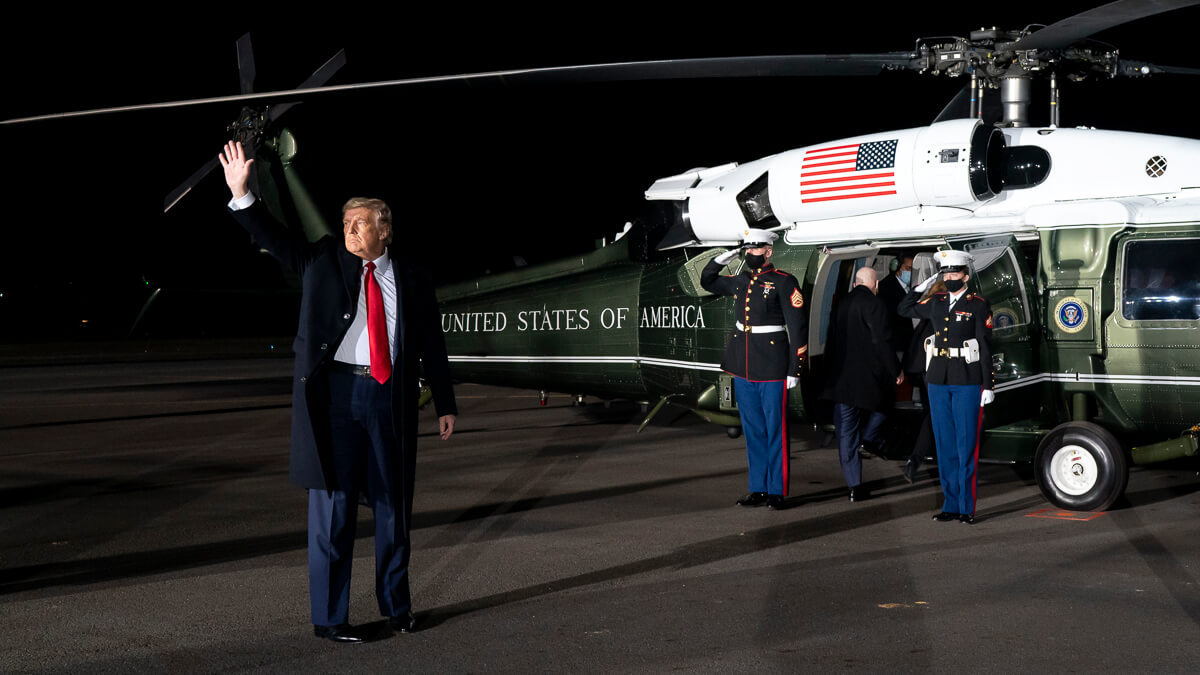 So long, suckers: We may be into the dying hours of the Trump presidency, but that hasn't stopped a parting shot at Huawei.
(Source: The White House)

Intel had secured one in September, and another 150 licenses had been pending, covering $120 billion of goods and technology.

These licenses had been held up while government agencies bickered over whether they should be granted.

Generally speaking, US companies had more luck getting the lucrative licenses.

South Korea's SK Hynix also applied for a license, and so did China's Semiconductor Manufacturing International Corporation and Taiwan's MediaTek.

None of these companies had heard back yet about their applications.

But Intel's sales to the Shenzhen multinational pale beside previous sales from the Taiwan Semiconductor Manufacturing Company (TSMC).

TSMC in 2019 sold Huawei more than $5 billion worth of chips.

Chips back on the old block

Only weeks ago, Congress had authorized big money to boost chipmaking on American soil.

Tucked away in the National Defense Authorization Act for Fiscal Year 2021, which became law on January 1, was authority for up to $3 billion per project of government money to American chipmakers.

The inducements are to build or modernize facilities "relating to the fabrication, assembly, testing, advanced packaging, or advanced research and development of semiconductors."

For firms actually to get these funds would require additional congressional appropriations measures.

But, on the other hand, Congress and the president could choose to dish out even more.

South Korea's Samsung and TSMC are now the only chipmakers with foundries that can use the most advanced 5nm processes.

Making chips in the Arizona sunshine

TMSC said in May it would invest $12 billion between 2021 and 2029 to launch a foundry in Arizona, which would begin making chips with the 5nm process from 2024.

That move was partly aimed at keeping the White House sweet, and wrangling a license to keep selling to Huawei.

But it also cocked a snook at Apple's Tim Cook, who has long wanted such a move.

And in an uncertain geopolitical world, customers like AMD, Xilinx, Qualcomm and Nvidia doubtless wouldn't mind having their chipmaking a bit nearer and on American dirt.

By 2024, chipmaking might have moved on to 3nm processes, so Arizona could need a speedy upgrade.

And making a new foundry profitable can be tricky.

TSMC struggled when it built a new foundry in Tainan, just an hour away from its Hsinchu headquarters by high-speed rail.

But, on the other hand, Arizona will be able to poach talent from Intel's foundry in Chandler.

Which, for readers who watched the US presidential elections, is in the newly world-famous Maricopa County.