5G Is a Chance to Change the Telco Monoculture

The telecom industry's tiniest club has a new member.

With her appointment as the new Optus CEO, Kelly Bayer Rosmarin has become one of a handful of women to run a telecom operator.

To be exact, among the 40 or Asia-Pacific telcos, only five have found their way to appointing a female CEO and only one has a female chairperson.

It isn't just an Asian problem, of course. No Tier 1 telco anywhere has put a woman in the CEO office.

But it's quite severe in this part of the world.

A Light Reading analysis of 28 Asian operators has found that 21 had boards with 80% or more males and 16 had a senior executive team that was at least 80% male.

Only two companies have boards that are more than 40% female.

One is Spark New Zealand -- possibly the only operator in the world to have women in both the CEO and chairperson positions. The other is SingTel, Optus's parent company, where the CEO is also female.

Asia's other two telco CEOs are in Hong Kong -- Susanna Hui at HKT and Anna Yip of Smartone. 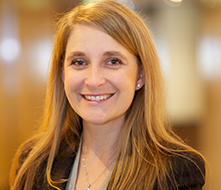 As Optus CEO, Kelly Bayer Rosmarin has become one of a handful of women to run a telecom operator.

At the other end of the spectrum, special mention must go to the telcos of northeast Asia. China, Japan and South Korea may see themselves as future 5G leaders, but they are already deserving of awards for workforce homogeneity.

Between them they have a total of 101 directors' positions, yet they have managed to fill six just six of these with women. KT, LG Uplus, Softbank and China Mobile have been unable to identify a single woman suitable for a board position.

In fact, China Mobile, which has nearly 1 billion customers, has no female directors or senior executives.

So when it comes to diversity, telcos have a good deal of work to do. Plenty of research has been done to say that gender-inclusive companies outperform their non-inclusive rivals.

But it shouldn't take a case study to make the case. It should be obvious that the less diverse a senior management team, the more difficult it is to break out of its echo chamber.

The advent of 5G should be an opportunity to break out of this. If, as every telco exec seems to believe, 5G promises the chance to build out a series of vertical businesses, telcos need to use that to drive change in workplace diversity as well.

They have nothing to lose but their monoculture.