The Linux Foundation's Artificial Intelligence Foundation (AIF) has announced the availability of the second release of Acumos AI, its open source platform for building, sharing and deploying artificial intelligence models. I've been following the Acumos project since its inception and wrote about the initial release, Athena, last November. Now, seven months later, some notable progress has been made. (See The Acumos AI Project Is On Track but Lacking 'Apps'.)

This latest release, dubbed Boreas (in keeping with the Greek god theme), has two new key capabilities which should make the project more attractive to developers. As flagged by Orange executives in April, the latest release adds a licensing framework which facilitates the commercialization of AI models, and it integrates model training capabilities.

The first release only allowed open source models to be uploaded to the Acumos marketplace. As can be seen here, there are just seven of them, unchanged from last year. Creating an AI model and then uploading it for free use did not, for some reason, prove popular with developers. (Forgive the sarcasm...) Operators could create their own private marketplaces where vendors could share models under license, but Athena had no way of tracking usage. According to Ofer Hermoni, chair of the Technical Advisory Council of the LF AI Foundation and director of product strategy for the CTO's office at Amdocs, "Boreas has fixed that problem, which should facilitate the monetization of models by vendors."

Another shortcoming with Athena was that models could not be trained inside Acumos. This had to be done externally and then the model uploaded. Boreas now leverages tools such as Jupyter Notebook, Apache NiFi and ONNX open format. ONNX, a community project created by Facebook and Microsoft, is designed to enable models to be created with libraries such as Microsoft Cognitive Toolkit, MXNet and PyTorch, and then uploaded to any target environment (pure Kubernetes, a specific cloud, etc). According to Hermoni, "Models are introduced as ONNX files and there is now no need to build specific adapters." In addition to ONNX, Boreas also supports the Portable Format Analytics machine learning model interchange format. 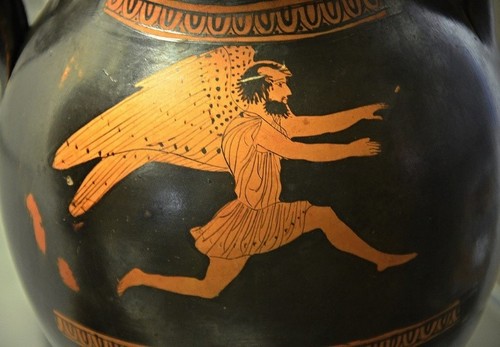 How AT&T is leveraging Acumos
The Acumos project originated inside AT&T before being donated to the Linux Foundation to become an open source project. AT&T remains actively involved with the technical development of Acumos and makes extensive use of it internally (a case of eating one's own dog food or, if you prefer, drinking one's own champagne). Jack Murray, assistant vice president of inventive science, intelligent systems and incubation within AT&T Labs and former Technical Steering Committee chair of Acumos, notes: "One of the main reasons we are interested in Acumos is that we need to move AI/ML from specialized niches to become a much more broadly available tool across the corporation from customer care to 5G networking. Virtually every aspect of our business can benefit from AI and Acumos helps us to do this with a unified approach."

AT&T has established a centralized marketplace of key technologies which are available for different lines of business to leverage. AI/ML is a key part of that central resource alongside other aspects such as data and API management tools. Murray notes: "Acumos is the cornerstone for bringing the AI/ML components to the marketplace so people across the company can see what is available."

AT&T is keen for other operators to get involved in Acumos. "We see rapid growth in the use of AI/ML in our company and we want other service providers to collaborate with us in bringing the best models to the marketplace to solve our respective business needs," notes Murray. "It is also about establishing best practice about how we share and train models, share data, and deal with all the ethical issues around AI."

Orange launches external AI marketplace
Aside from AT&T the other service provider that has shown most interest in Acumos to date is France's Orange. Jamil Chawki, Intrapreneur founder and CEO of Orange's AI Marketplace, is creating the first Acumos-based AI marketplace in Europe. The marketplace currently has 14 models for internal usage within Orange but the plan is to make models, from Orange and third parties, available in the public marketplace before year end.

Chawki sees the key use cases for Orange's AI Marketplace as operations, sales and marketing. The models for internal usage cover areas such as churn prediction, fraud detection, incident detection, ticket classification and sentiment analysis. According to Chawki, "With the Acumos-based AI Marketplace we are looking to create a two-sided business model where producers can publish their solutions and make money while users can tap into a deep pool of expertise." Companies that Chawki says have expressed an interest in Orange's AI Marketplace include Technicolor and Mediego.

My two cents
It's good to see Acumos address some of the shortcomings of its initial release, especially the ability for third parties to monetize models that they upload to a marketplace. It will be interesting to see how the Orange AI Marketplace develops and whether this can become a template for operators to not only leverage Acumos for their own internal AI projects, but also as a platform for AI services across multiple industries.

Beyond connectivity  quantifying and monetizing the 5G effect