The next generation of mobile networks is around the corner and Guavus CEO Faizel Lakhani is fired up about it. Helping telecom operators keep pace with 5G changes is one of several ways Guavus can help as it grabs millions of bits of network data, puts it instantly into context and helps the network itself predict and prescribe what happens next.

"5G's coming along and you're seeing huge, plentiful data," he said, pacing back and forth behind his desk as we chatted via video conference. "The problem is 5G and NFV and SDN are kind of woven together because as the network capacities explode, then the ability to have dynamicism and variability is high."

Indeed, he actually said "dynamicism," a possible combo of dynamism (vigorous activity) and dynamic (constant change). Given Lakhani's enthusiasm, it seemed to fit.

His point is that all of these major things about telecom networks -- the way customers use the network, the topology of the network, the software powering the network -- used to be fairly static. It's why, back in the day, he was among a loud chorus of industry companies pushing telecom operators to do more than just provide connectivity. To keep growing -- to generate more network use and more revenue -- they were going to have to get creative. "People who are only selling pipes are the ones who will die," said Lakhani in 2001, who was then the vice president of network solutions at core router startup Caspian Networks. (See Report Heralds IP Doomsday and Caspian Closes Its Doors.)

While Lakhani's career moved him into enterprise networking and security software, following stints at Caspian and Nortel, the world changed. Telecom networks -- thanks to Facebook, Apple, Google and Netflix -- are riding a growing wave of network traffic. The massive bandwidth and low latency connections promised by 5G are going to upend telecom operations if the networks can't automate their processes and move quickly enough to satisfy demand and guarantee the delivery of services. That's why, Lakhani said, his company is doing so well right now.

Guavus grows up
Guavus was founded in 2006 as a platform to help companies make sense of unstructured data. It was bought by French conglomerate Thales in April 2017 for about $215 million and Lakhani was added as CEO in October. In December, Thales organized its digital assets and acquisitions into a single business unit, with Lakhani leading Guavus and reporting to the unit's head, David Jones, who was formerly the security and governance unit of HPE. (See Thales Splashes $215M on Guavus for Analytics and Liberty Global Invests in Guavus.)

Against that backdrop, Lakhani, the company's third CEO in five years, is managing an organization with a mature big data platform as it layers on artificial intelligence capabilities and aims to find new business cases for operators to use to shave costs off every bit they deliver -- even as the number of those bits is about to skyrocket yet again. Lakhani adds: "These opportunities -- I'm talking about 5G, NFV... the desire by carriers to reduce customer care costs and move to a Google-like customer experience model... these are new drivers that are really increasing the adoption of our solutions. Because you can't do it the same old way that you used to do it, right? It doesn't work." (See Guavus Gets a New Top Dog.) 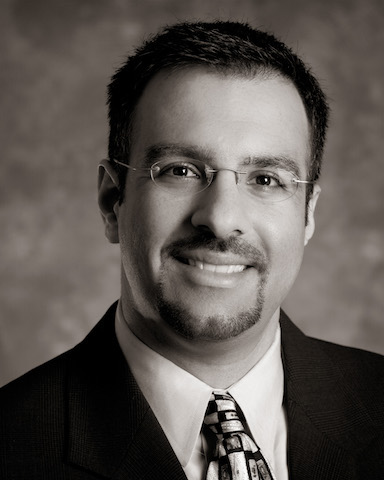