A "Festival of Robotics" conjured images of dancing androids and canape-serving cyborgs, or at least one of those Boston Dynamics monstrosities that resembles a fleshless Terminator but moves like a gymnast. Held on a wet day at BT's Adastral Park R&D facility, it did feature one of Boston Dynamics' mechanized dogs, which performed some lively robot dressage before it scampered off at pitbull speed, presumably on a kill mission. But there was not much festival atmosphere.

The weather didn't help. "The rain has had a squashing impact on our ability to have a beer tent and open summer garden, but we will have dancing and other exciting things such as robot wars," said a spokesperson at a mid-morning presentation. Perhaps the robots came out to dance and fight in the evening, long after reporters had departed. The day felt more like a science fair at a slightly dilapidated 1970s-style university campus.

That is not to say it was a disappointment. Opened by the late Queen in 1975, Adastral Park sprawls across 100 acres of land in Suffolk, formerly used by the Royal Air Force. It might look more like a throwback to Britain's original winter of discontent than something out of today's Silicon Valley, but it is an unusually big and impressive R&D facility for a company in the connectivity business to have. More than 150 BT partners and around 4,000 people work there, according to the official literature. The logo of China's Huawei was seen floating above one building.

BT's involvement would probably baffle an average customer. Robotics, in particular, seems a world away from the sale of phone and broadband services, fixed or mobile, and BT has no desire to produce the next robot dog. But it is trying to figure out its role in a hi-tech world of autonomous machines and 5G-powered drones, which figured prominently on festival day. In January, it hired Marc Overton from Sierra Wireless, a maker of equipment for the "Internet of Things," to lead a new business unit called Division X. The aim is partly to commercialize some of the technologies on display at Adastral Park.

Do androids dream of fruit-picking?

It is easier said than done. One problem for any company in this area is scale. Put simply, many of the robots look too niche to have mass-market appeal. The strawberry-picking robots in one hangar could be a solution to farm labor shortages in the aftermath of Brexit and lockdown, but  technology challenges aside  they are unlikely to be a money spinner for BT.

Unpiloted drones stand a better chance. Using the 5G network, drones could be programmed to fly long distances without much supervision, delivering vaccines to hospitals or relaying footage of faulty infrastructure back to an engineer. A drone courier service for everyday things sounds less far-fetched than most visions of driverless vehicles. 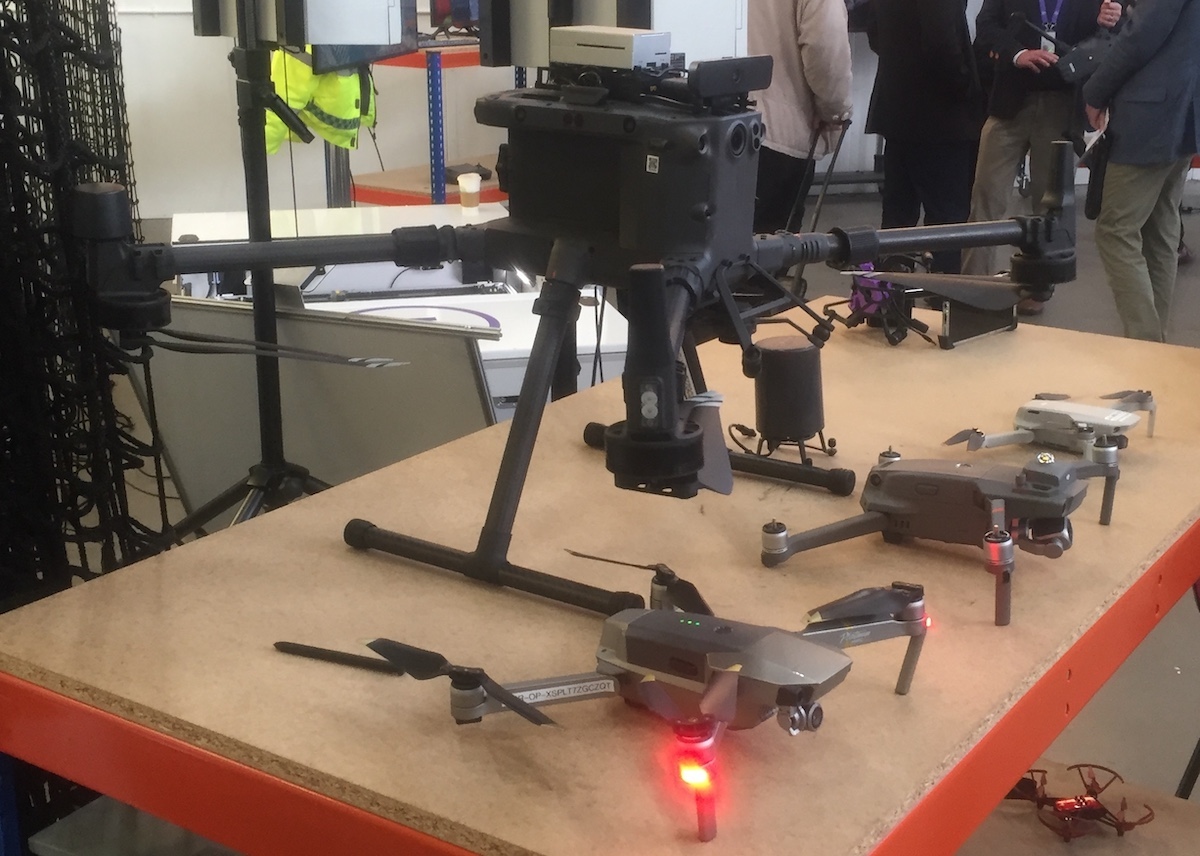 But the obstacles are enormous. For one thing, the drone market is currently dominated by DJI Technology, a Chinese company recently added to a US blacklist because of its alleged ties to the Chinese military. At the Adastral Park festival, there was evident frustration about DJI's tight control of the software used in its drones. To get around that problem and experiment, researchers have apparently been reverse-engineering the technology. None of this sounds ideal from a commercial perspective.

Regulatory authorities would also have to open corridors for these unpiloted drones, which has not happened in the UK. The prospect of skies filled with unmanned flying objects generates all sorts of concerns  not least that a loss of power, technical glitch or state-sponsored hack could send a hail of drones onto the heads of unwary citizens. If unpiloted drones depend on 5G connectivity, are current networks up to the task?

This is precisely the kind of question BT is trying to answer at Adastral Park. Maria Cuevas, a brainiac who directs BT's mobile networks research program, is investigating what "swarms" of drones would mean for BT. "We've all seen beautiful performances of hundreds of drones flying into the sky and performing beautiful dances," she said. "When it comes to interacting with the real environment, it is a completely different thing. Environments change and you need to react to them. Robots need to react to each other. They need to avoid collision. That takes an awful lot of sensors sharing information, with the network processing all that information. It requires connectivity."

And not just any old connectivity but the latest that 5G has to offer. The standalone variant BT plans to launch in 2023 brings various improvements and new features compared with the non-standalone version BT sells today. Lower latency, a measure of the roundtrip journey time for a data signal, could be vital in robotics, while the ability of a standalone core to support millions of connected objects may be needed in a future of drone-filled skies. There is optimism within BT that standalone's launch will spur the next wave of service innovation. 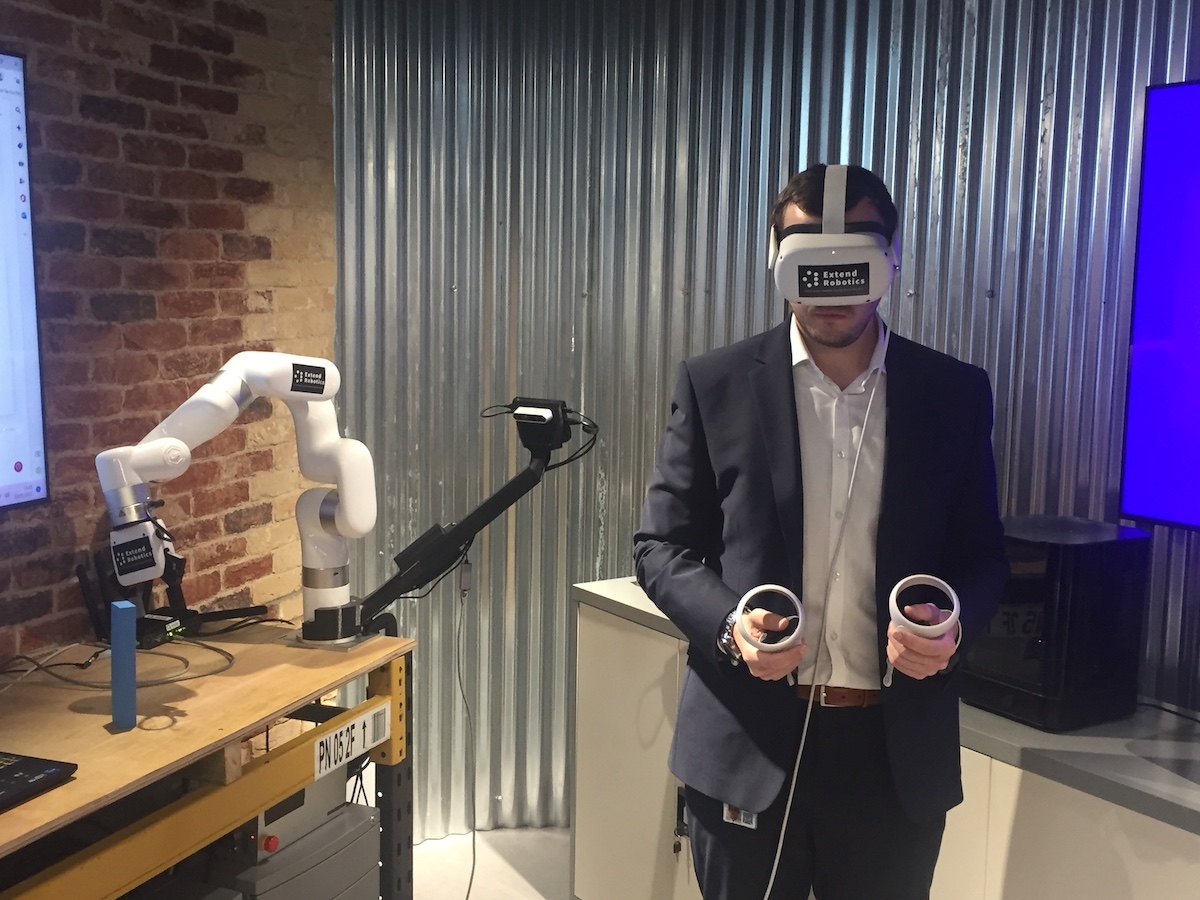 The research carried out by Cuevas has involved building a standalone private network at Adastral Park in partnership with Samsung and opening this up to third parties including robotics specialists. "If I increase latency, what is the tipping point where the application becomes wobbly? That gives an indication of the upper bound on latency," she told Light Reading. "We are also exploring how applications can make use of the network by integrating via APIs [application programming interfaces] and telling the network what it is they need."

Detractors may note that BT's R&D investment looks miniscule alongside the world's big hitters. Last year, its R&D expenses came to just £61 million ($74 million), down from £69 million ($84 million) in 2020, representing as little as 0.29% of BT's revenues (although BT also flagged capitalized R&D costs of £543 million ($658 million)). Huawei, invited to the festival despite its blacklisting by the UK government, spent about $20 billion or 22% of sales on R&D expenses last year. Google's investment of $31.6 billion equaled 12% of revenues. And BT, like other operators, has not increased R&D spending in recent years  just as the investments by equipment vendors and Internet giants have soared.

Yet BT's research is more targeted and arguably more collaborative, while executives clearly regard Adastral Park as a rarity in the sector. The demands of its UK fiber rollout have pushed capital intensity up to about 25%, which does not leave BT with much cash to fling at R&D. What it has done with quite limited resources is commendable. At some point in the future, when the fiber job is done and networks are more automated, the opportunity to invest more in R&D may be greater.

Within BT, excitement is palpable around Division X, whose very name makes it sound like a superhero outfit. "I don't wear my pants on the outside of my trousers," insisted Overton. Most employees have similarly foregone the spandex but evidently been encouraged to make the X sign with their arms at any opportunity, conscripting reporters into the same activity when possible. Symbolism aside, a unit that performs like a superhero would be just the ticket. 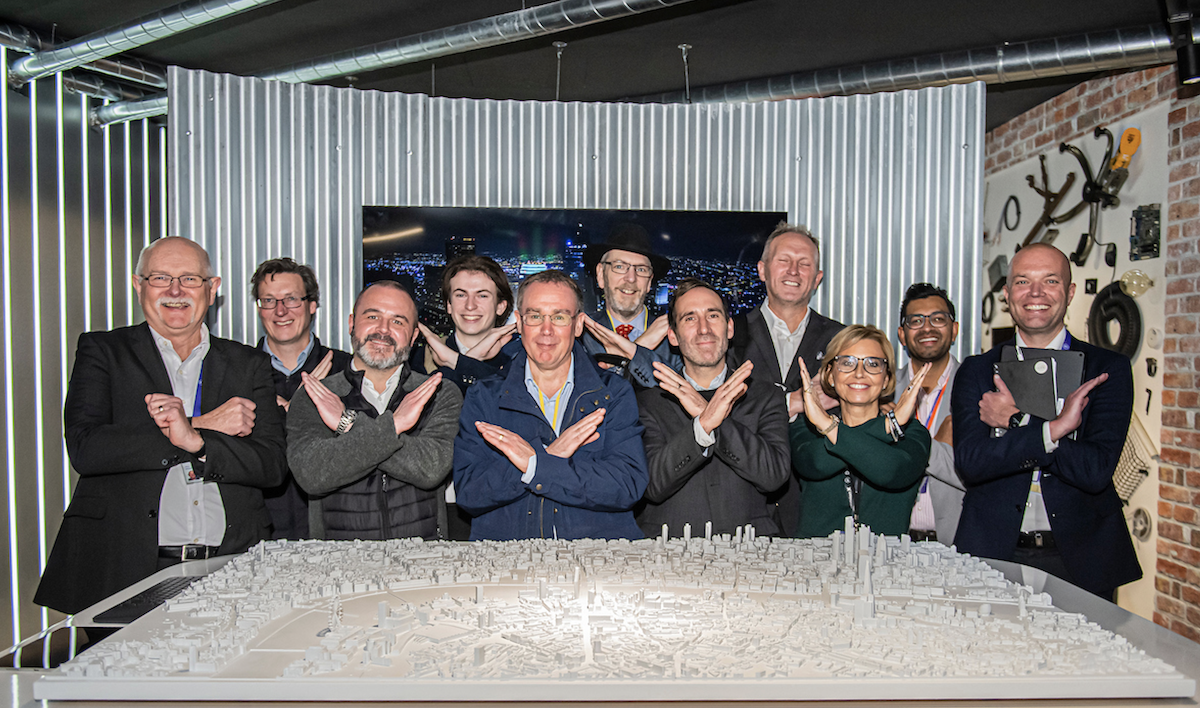