Vodafone buddies up with Aurrigo for autonomous shuttle

The two partners have made use of the ISPS Handa Wales Open, part of golf's European Tour, to demonstrate a driverless transport service that will transfer players from the clubhouse to the first tee. 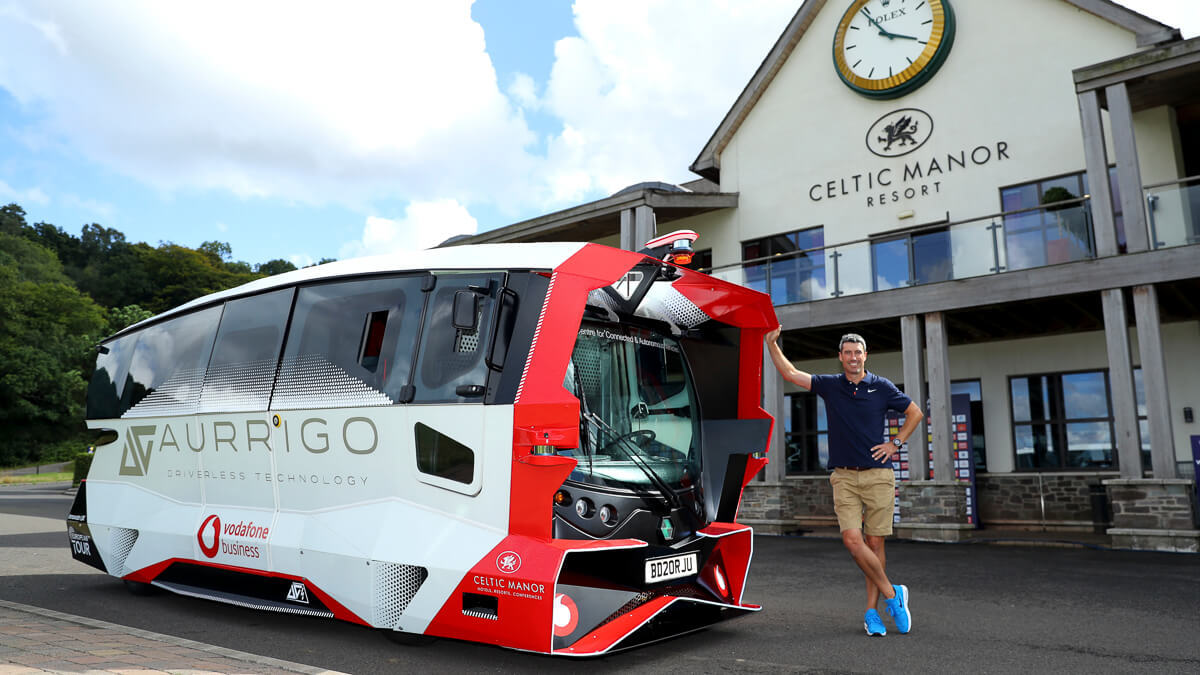 According to Vodafone, the Wales Open is the first live sports event to use driverless travel.

No push start required The operator is certainly determined to make a splash with the showcase, inviting top golfing stars including five-time European Tour winner Ross Fisher to use the service to tee off.

Details of the showcase were otherwise thin on the ground, other than to say that the shuttles feature Lidar technology for measuring distances, cameras and an inertial navigation system.

The collected data can then be viewed by the Aurrigo fleet management system to remotely monitor and track the shuttles.

Testing times Vodafone Group has invested heavily in autonomous vehicle technology based on cellular-vehicle-to-everything (C-V2X) technology, and has already carried out C-V2X tests on 5G networks.

For example, the group tested it on the A9 motorway in Bavaria, Germany with Bosch and Huawei.

The telco is also working with Continental on C-V2X trials at the Vodafone 5G Mobility Lab in Aldenhoven, Germany.

C-V2X has emerged as the cellular industry's preferred solution for connected cars in the 5G era, although its path to commercial rollout has been somewhat long and tortuous.

In April 2019 the European Commission was reported to have backed plans to promote a Wi-Fi-based standard over 5G.

There is also a competing protocol in the US, dedicated short-range communication (DSRC) technology, although the Federal Communications Commission (FCC) has also now been considering C-V2X for car-to-car communications.

The FCC has proposed to allocate part of the 5.9GHz band for C-V2X uses.