Neurotechnology startup Neuralink, backed by billionaire tech entrepreneur Elon Musk, gave a rare update on its quest to assist people with paralysis through the use of brain-machine interfaces (BMIs).

In what was an impressive short video, uploaded to YouTube, Neuralink showed off Pager, a macaque monkey, moving a cursor on a computer screen through neural activity. The pièce de resistance was Pager controlling the paddle with his mind in a game of good old-fashioned computer ping-pong.

Neuralink said it used a 1,024-electrode fully implanted neural recording and data transmission device, which it calls the N1 Link.

By extrapolating data from Pager's pattern of brain activity, Neuralink was able to predict in real time the most likely intended movement of the "mind-pong" paddle. Pager, as it turns out, is a pretty good mind-pong player. The tech startup was at pains to say that Pager was perfectly happy and healthy throughout the whole process.

Last August, Neuralink uploaded another video to YouTube showing a pig named Gertrude with a chip implant, which was able to translate touching sensations on her snout into digital information represented on a screen. Musk described it as "a Fitbit in your skull." 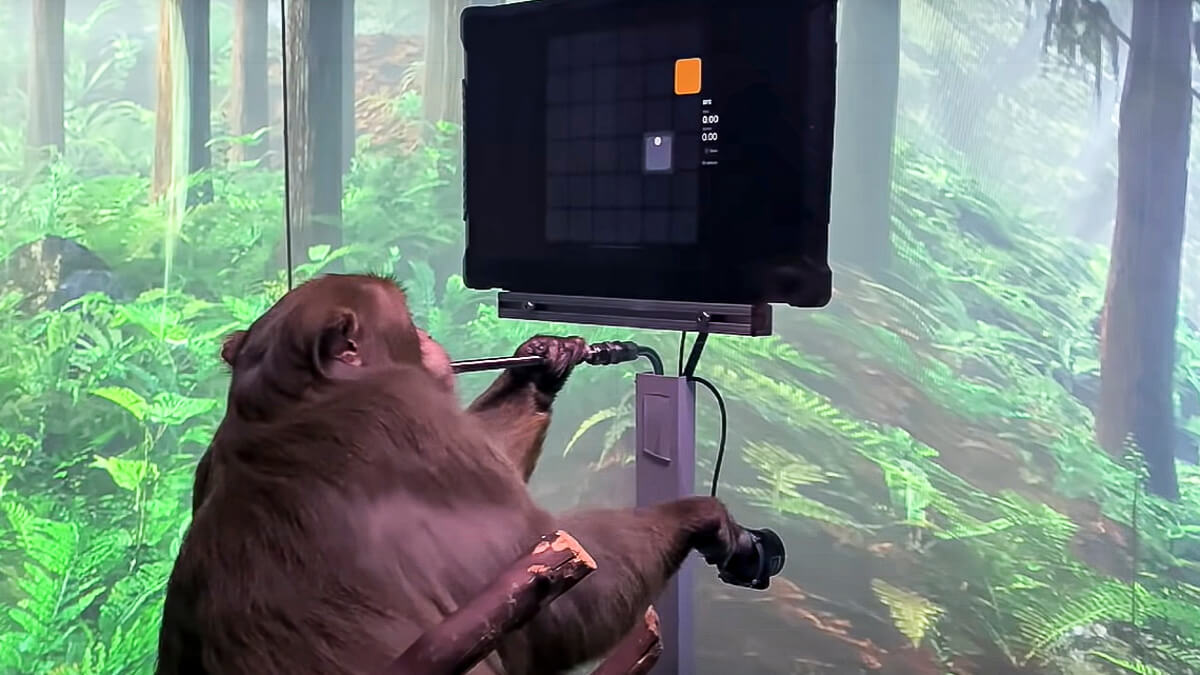 A monkey could do it: Pager the monkey is rewarded with banana smoothie for playing games  with his mind.
(Source: Neuralink)

By developing a fully implanted, wireless, high-channel count BMI, Neuralink's goal is to enable people with paralysis to directly use their neural activity to operate computers and mobile devices with speed and ease.

A blog posted by Neuralink researchers said the mission was to "build a safe and effective clinical BMI system that is wireless and fully implantable."

Musk tweeted that the first Neuralink product will "enable someone with paralysis to use a smartphone with their mind faster than someone using thumbs."