Huawei hunts for AI and cloud expertise in Moscow

Anyone on the prowl for telecom work in Russia these days probably won't find happiness at the doors of Ericsson and Nokia. On Friday morning, neither company's official LinkedIn page listed any Russian openings. Both Nordic vendors were quick to suspend deliveries to Russian customers in late February  and comply with European and US government sanctions  after Vladimir Putin, Russia's ruler, invaded neighboring Ukraine. Firing seems likelier than hiring for now.

Opportunity still abounds at Huawei, though. The Chinese company, itself bloodied by US sanctions, is reportedly propping up the Russian Internet as Nordic competitors down tools and head for the nearest vodka bar. Quizzed about its stance by a journalist in Shenzhen earlier this week, rotating boss Guo Ping said: "We have noticed that countries have issued policies but those are complex and constantly changing so we are carefully evaluating those policies." In other words, it's business as usual. 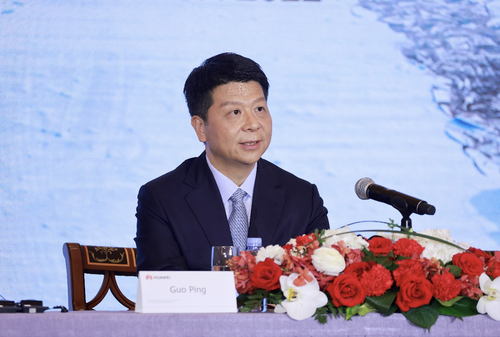 Further evidence can be found on Huawei's LinkedIn jobs page, where numerous positions are still being advertised. They are not mere tea-making jobs, either (although good tea makers are worth their weight in 5-nanometer chips, as far as Light Reading is concerned). In Moscow, Huawei still appears to be looking for someone to take charge of developing the sinister-sounding MindSpore.

Honestly, who comes up with these names? They might as well have called it BrainFungus. Unsurprisingly, it turns out to be some kind of artificial intelligence framework, meaning it is probably the last thing that should be unleashed in a country run by a deranged former KGB agent who thinks he is fighting Nazis.

Just last week, Huawei also advertised for a technical leader in Moscow of the CNCF and K8 projects. CNCF, of course, refers to the Cloud Native Computing Foundation, the latest offshoot of the non-profit but high-paying Linux Foundation. (James Zemlin, its executive director, trousered $644,300 in 2018, according to an IRS filing.) If open source is a religion, the Linux Foundation is its church. K8 is shorthand for Kubernetes, an open source platform that Google begat and Huawei has been infiltrating.

This recruit, essentially, would look after Huawei's cloud technologies research unit. That's potentially an important area, because Huawei has identified the cloud as one of its big growth opportunities now that its smartphones and 5G businesses have been torpedoed by the US. Cloud last year contributed only a 3% smidgen of Huawei's roughly $100 billion in revenues, but sales grew 34%, according to Guo, and Russia must look enticing.

It will not share Western worries about letting a Chinese vendor host critical data and systems. In fact, Huawei's appeal has probably grown since Germany's SAP last week said it would shut down all cloud operations in Russia, leaving customers there stranded. Russian cloud companies, moreover, can no longer buy server technologies they need, including chips made by Intel and AMD. Huawei comes with its own Arm-based servers.

Huawei's Moscow division is also looking for a 3D computer vision researcher, a business development manager for Huawei's ailing consumer unit (the one whose revenues fell 50% last year) and a software expert for the "new Huawei platform" (HarmonyOS?). But there appear to be numerous software vacancies advertised in Moscow and St Petersburg, too.

How not to win friends and influence people

Efforts to recruit software specialists in Russia  and in such critical areas as artificial intelligence and the cloud  will not win Huawei any new friends in Europe or the US. Its opponents have long argued that it works at the behest of authoritarian Chinese rulers hellbent on undermining the Western democratic order. The more its activities seem to reflect the position of China's government, still on friendly terms with Russia, the harder it will be to refute the critics.

Does it care? Its business already looked doomed in many European countries. Huawei does not break out European revenues in its annual reports, but sales across Europe, the Middle East and Africa sank 27.3% last year, to about 131.5 billion Chinese yuan ($20.7 billion). It networks are banned (or facing bans) in the UK and Sweden. Operators in other markets have soured on its products.

Even so, if consumers were not turned off its phones by the loss of access to Google apps, they might decide to boycott its products in protest about Russia. Unlikely as that may be, the possibility of a consumer backlash in more lucrative markets is probably what has convinced many other brands to quit Russia.

And if a backlash is possible among consumers, it seems likelier among the operators that still buy Huawei's network products. Take Deutsche Telekom, for instance. The German incumbent is clearly desperate to been seen as woke and ethical, regularly churning out statements about its commitment to diversity or its efforts to fight climate change. On March 14, it made sure everyone knew it was donating 1 million ($1.1 million) to the Red Cross in solidarity with Ukraine  a sum, by the way, that equals 0.001% of its annual sales.

Yet it remains one of Huawei's biggest customers outside China. Spending millions on network equipment made by a company that continues to supply Russia with critical technology will not appear very woke or ethical to many onlookers. And if you were a cybersecurity expert at a company in a NATO country, would you advise your boss to buy technology from a vendor using software engineers in Russia?