Extending transport automation to the cloud

Any end-to-end automation strategy must involve the transport network, as transport underpins the network services that ride on top. Automating transport has its own set of challenges, but new cloud-based models are emerging to tackle some of the top barriers.

This blog is the second in a four-part series highlighting the key findings from the 2022 study. It focuses on transport automation challenges and the role of cloud-based automation.

Several challenges stand in the way of transport automation, but operators' challenges differ significantly depending on how far along they are in the process. Heavy Reading divides respondents into two groups. Priority adopters identify automation as "critical" for next-generation transport and are also furthest along in deployments based on the survey. The remaining respondents form the second group of others, or "followers."

This data shows that the priority adopters have gone through the progressions of hiring/ training the right employees and securing the budgets and are now running up against the technology implementation hurdles of frameworks and APIs. Based on the data, Heavy Reading makes two observations:

What are the primary barriers to automating your transport networks? (priority adopters vs. others) 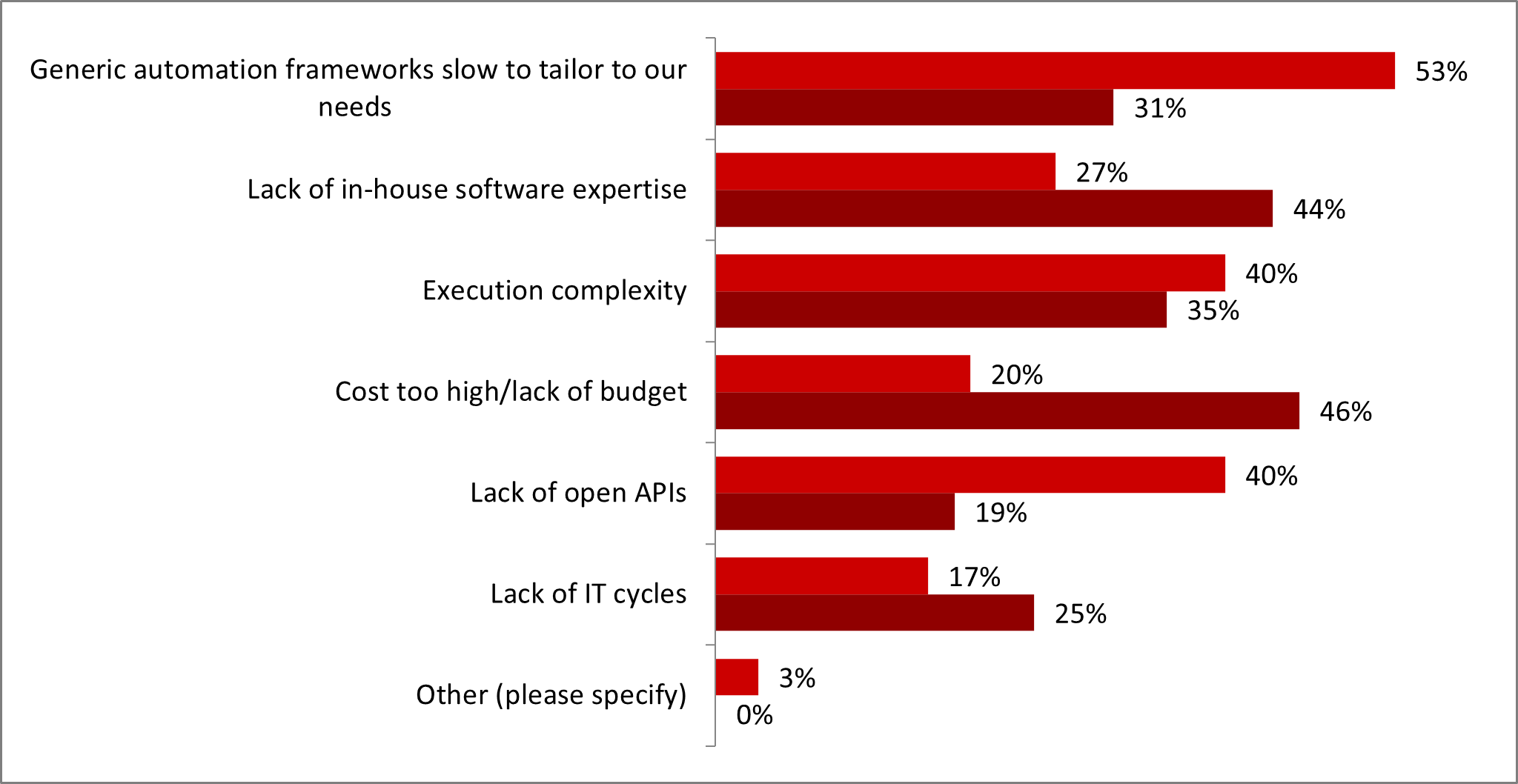 Cloud adoption is a growing trend within communications service providers (CSPs), as they rely on the cloud model for critical functions in operations /business support system (OSS/BSS), cloud-based network functions and other leading-edge as well as more mundane applications. The list of cloud adopters is growing and includes new operators, such as Rakuten, as well as established Tier 1 companies globally.

Heavy Reading surveyed network operators on their interests and plans for using the cloud model specifically for transport automation applications. An overwhelming 92% of service providers surveyed plan to use the cloud in some form for transport network automation, with just 8% reporting they are undecided.

A hybrid model of both public and private cloud is the preferred approach for the majority of respondents (52%), whereas 31% are planning private cloud only for transport automation. Public cloud  which involves multi-tenant and shared infrastructure  is the most advanced form of cloud, and the data indicates that most network operators are not yet comfortable with this model alone. Just 9% of the survey group is planning public cloud only deployments.

Significantly, the cloud model can address several of the top barriers to transport automation identified in the survey. For example, cloud applications address generic frameworks by focusing on specific use cases that are tailored to specific needs. Availability of applications in the cloud helps address automation complexity and also reduces the software development burden on in-house staff. Not surprisingly, priority adopters are more bullish on cloud-based automation compared to their follower counterparts  a likely indicator for where the rest of the industry will head as followers' automation strategies mature over time.

Does your organization plan to use transport network automation applications from the cloud? 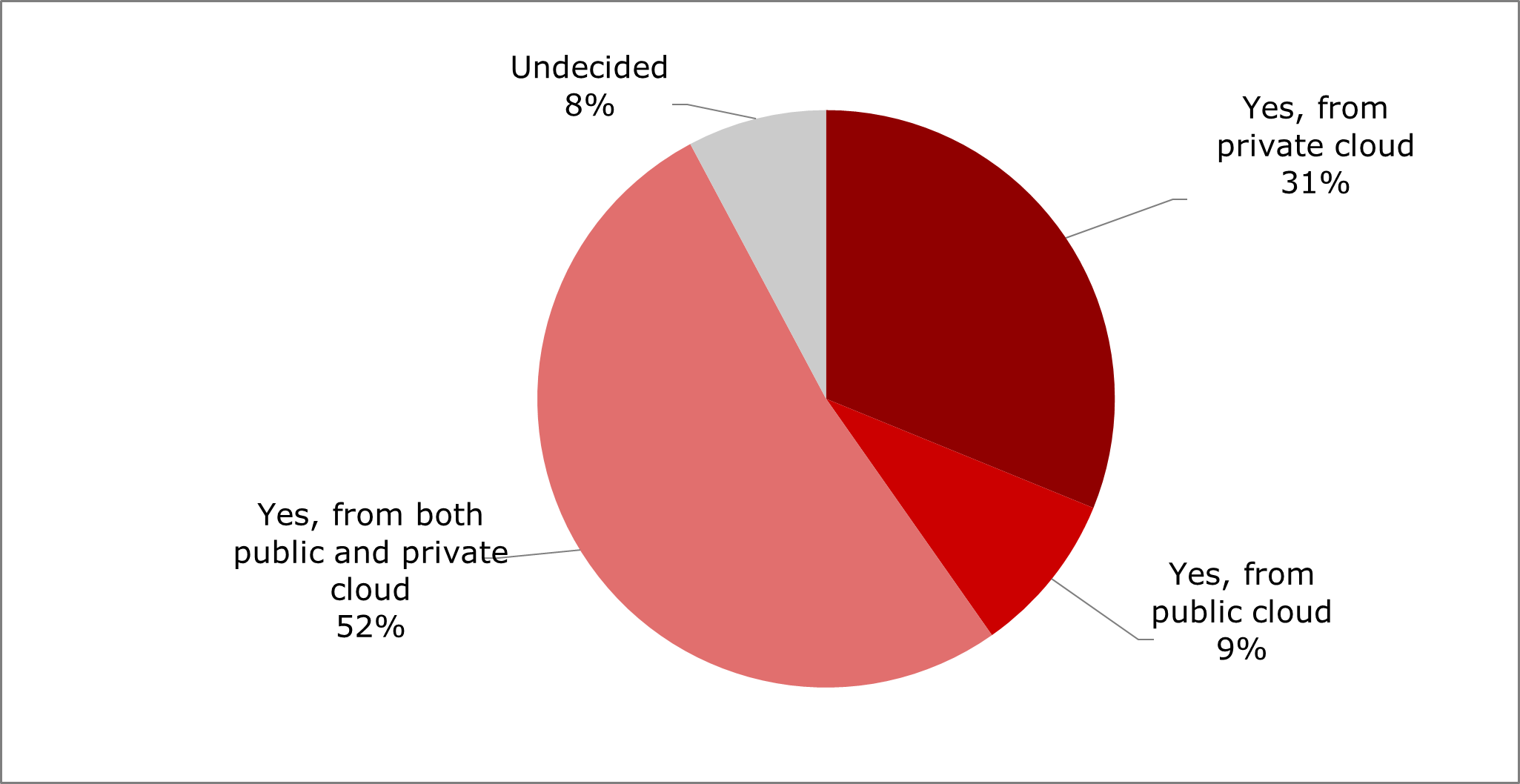 Digging further into cloud trends, Heavy Reading asked respondents to identify which transport use cases they are considering first for public cloud. Topping the list are network configuration and compliance management (selected by 31%), network observability and service assurance (selected by 30%) and traffic engineering (also selected by 30%).

Heavy Reading expects that less critical tasks will move to public cloud first, as operators typically take a measured approach to adopting new technologies. Tasks like network configuration and service assurance fit with this view since implementation problems will not break the network. In this regard, the high scoring of traffic engineering is a bit of a surprise because it is more critical to the functioning of the network.

Which use cases would you consider first for public cloud-based automation in transport? 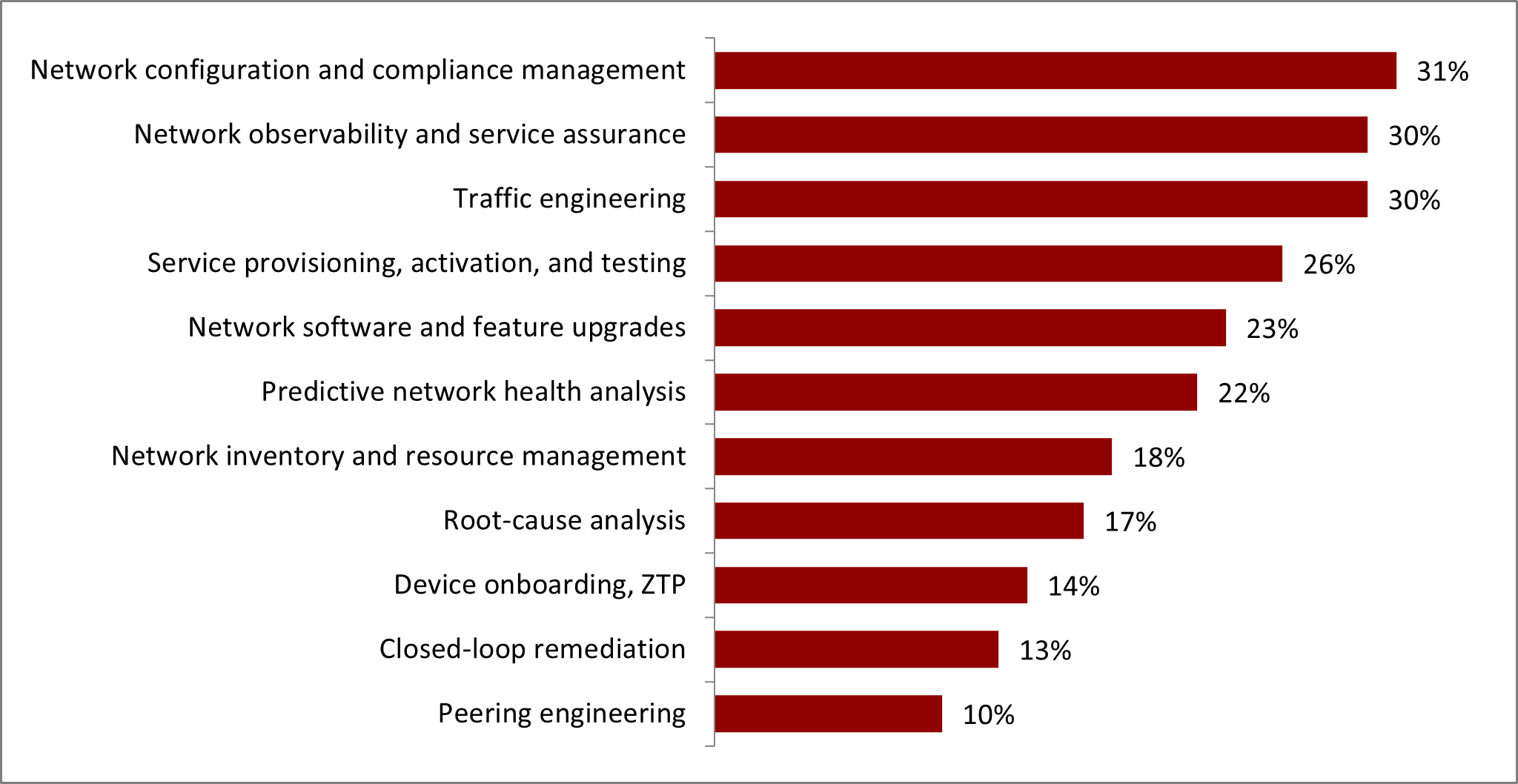 This blog is sponsored by Juniper.

The deployment of 5G core and the transition to 5G standalone (SA) operation  i.e., 5G without a dependency on 4G  is proving harder and taking longer than many in the industry had anticipated.

To successfully deploy edge computing solutions, CSPs must find partners that can help them fill in the gap between what enterprises need and what the CSPs are offering. #sponsored

'Becoming an analyst' is a new journey for me, but it is also the continuing story of my trek through mobile technology.

Results from Heavy Reading's Open, Automated & Programmable Transport Networks Market Leadership Survey indicate that open hardware and software can meet many operators' needs, but opening the transport network has its own challenges. #sponsored