It's the worst pandemic in a century, but Deutsche Telekom looks remarkably asymptomatic. The German operator has been in vigorous shape this year since controversially merging its T-Mobile US business with rival Sprint in April. Now, it has even raised its full-year outlook, targeting 35 billion ($41.3 billion) in earnings, an increase of 1 billion ($1.2 billion) on the earlier figure, and 6 billion ($7.1 billion) in free cash flow, compared with 5.5 billion ($6.5 billion) previously. 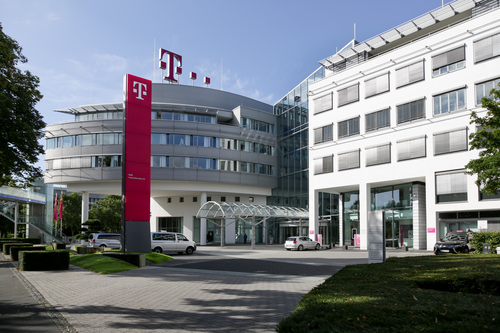 It has become an all-too-familiar story of US-powered growth for Europe's biggest telco. Even on a like-for-like basis, US revenues were up 4% and earnings rose nearly 15%. Its integration of the Sprint business, which commentators mistakenly thought would hinder growth, is running ahead of schedule. Already beating AT&T in the US mobile market, it now hopes to overtake Verizon.

Perhaps more encouraging is the resilient performance on the other side of the Atlantic, where some operators have been laid low by coronavirus. Although Germany revenues dipped 1.1%, to 5.8 billion ($6.9 billion), there was customer growth in broadband and post-paid mobile. Revenues were stable across other European markets, while earnings rose 2.1%, to 1.1 billion ($1.3 billion).

Jobs for the robots

That improved operational efficiency, however, has come partly at the expense of jobs. Outside the US, Deutsche Telekom's workforce has shrunk by 6,468 roles so far this year, about 4% of the total. Bundle in T-Mobile US, and add the 27,000 employees Sprint had this time last year, and nearly 10,000 positions have disappeared.

There was not a single reference to automation or digital transformation in the operator's latest earnings statement. And yet the "new normal" of the pandemic has provided the societal justification companies need for replacing retail outlets with online sales channels, customer care centers with "chatbots" and heavily staffed network operations centers with human-free equivalents.

While the precise impact of technological change on Deutsche Telekom's workforce remains unclear, jobs have vanished at an alarming rate in the last few years. In 2015, Deutsche Telekom and Sprint together employed more than 255,000 people. Nearly five years later, more than 27,500 roles have disappeared. In the US, the overlap between T-Mobile and Sprint clearly puts some employees at risk, regardless of earlier jobs guarantees.

Savings have bolstered cash for investment activity. Deutsche Telekom has spent 11.5 billion ($13.6 billion) over the first nine months of the year, about 15% more than over the same part of 2019. Among other things, it has built 1,800 5G sites over the last year in Germany, where it now claims 50% population coverage.

There are still concerns for investors. One is the heavy reliance on Huawei in Germany, where Deutsche Telekom's radio access network is mainly Chinese. Other European countries have already banned the supplier. Should Germany eventually do the same, Deutsche Telekom might have to rip out Huawei's equipment and replace it at some expense. Timotheus Höttges, Deutsche Telekom's CEO, has played down the risks, insisting he is already stripping Chinese products out of his network "core." Others may be less confident given the vicissitudes of politics.

Debts are a worry, too. they have spiralled to nearly 125 billion ($147.5 billion) as a result of the Sprint takeover, almost three times the annual adjusted earnings. That puts Deutsche Telekom outside its comfort zone ratio of 2.25-2.75, although Höttges expects to return to this range in the next three years.

Meanwhile, the long-suffering T-Systems IT business continues to be a disappointment. Its revenues fell 12% in the third quarter, to just 961 million ($1.1 billion), and adjusted earnings were down 16%, to a paltry 67 million ($79 million). Deutsche Telekom said COVID-19 had affected order entry and weighed on its transformation agenda. But shareholders may be tiring of a unit that has been in one turnaround or another for years.

That is probably forgivable while the rest of the company is performing so much better than most peers. Deutsche Telekom's share price in Germany barely moved today, closing at 15.04, and it has been relatively flat for the last few years. Considering the big drops that other European incumbents have witnessed, that is some measure of success.