The Chinese government has released a new set of export license requirements related to the transfer of computer code that allows for voice recognition, text analysis and other components of AI systems. Those new rules are aimed at, in part, slowing down Beijing-based ByteDance's ability to sell part of its TikTok video-sharing social network to a US company.

According to a report in The Wall Street Journal, citing information from Chinas official Xinhua News Agency, a government trade adviser in China was quoted as saying ByteDance needed to consider whether or not it should halt its sales negotiations. 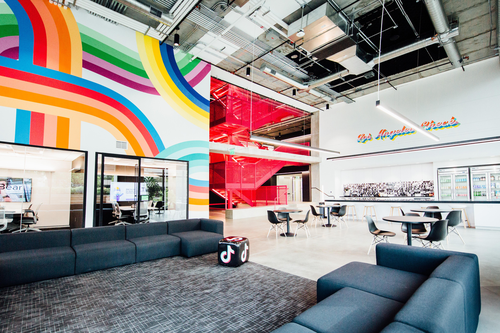 We are studying the new regulations that were released Friday. As with any cross-border transaction, we will follow the applicable laws, which in this case include those of the US and China," ByteDance General Counsel Erich Andersen said in a statement provided to Light Reading.

Thus continues the political trade war between the US and China over TikTok, Huawei, ZTE, aluminum exports and all kinds of other stuff.

What is clear is that TikTok's fate is closely watched around the world. The surging social network said it has 100 million total US users and more than 1,500 employees in the US currently. In July, according to data obtained by The New York Times, TikTok said that more than a third of its 49 million daily users in the US was 14 years old or younger. The app is also a major source of video traffic on US cellular networks.

TikTok's parent is suing the Trump administration over President Trump's Aug. 6 executive order, which commanded the company to sell its US operations or be banned. The ban would go into effect in 45 days, or around the week of September 20.

Meanwhile, several US companies have been in talks to buy TikTok's US operations, including Walmart, Microsoft and Oracle.

The Trump administration's preemptive security measures in the case of TikTok are similar to measures that have been used to keep Huawei, ZTE and other Chinese-based technology companies from gaining market share and influence in the US.

The Trump administration maintains that these companies are incapable of operating independently from the Chinese Communist Party and would be forced to comply with espionage orders. Trump's State Department has gone so far as to label telcos as "clean" to show their political allegiance  and security bona fides, of course.

Here are eight stories we've run this month that recap TikTok's journey to the center of Trump's political trade war with China: