BT trumpets drone trial at UK port, but without 5G

BT has already made it clear that it expects drones to support many commercial applications in future, with support from the 4G and 5G networks it acquired through its purchase of mobile operator EE.

For example, the operator is leading Project XCelerate, a consortium project that seeks to establish the UK's first commercial drone corridor in open and unrestricted airspace to prove that drones and manned, old-school aviation can safely co-exist.

BT is also engaging in drone trials with enterprises on an individual level, with a recent focus on British ports after it teamed up with Associated British Ports (ABP). 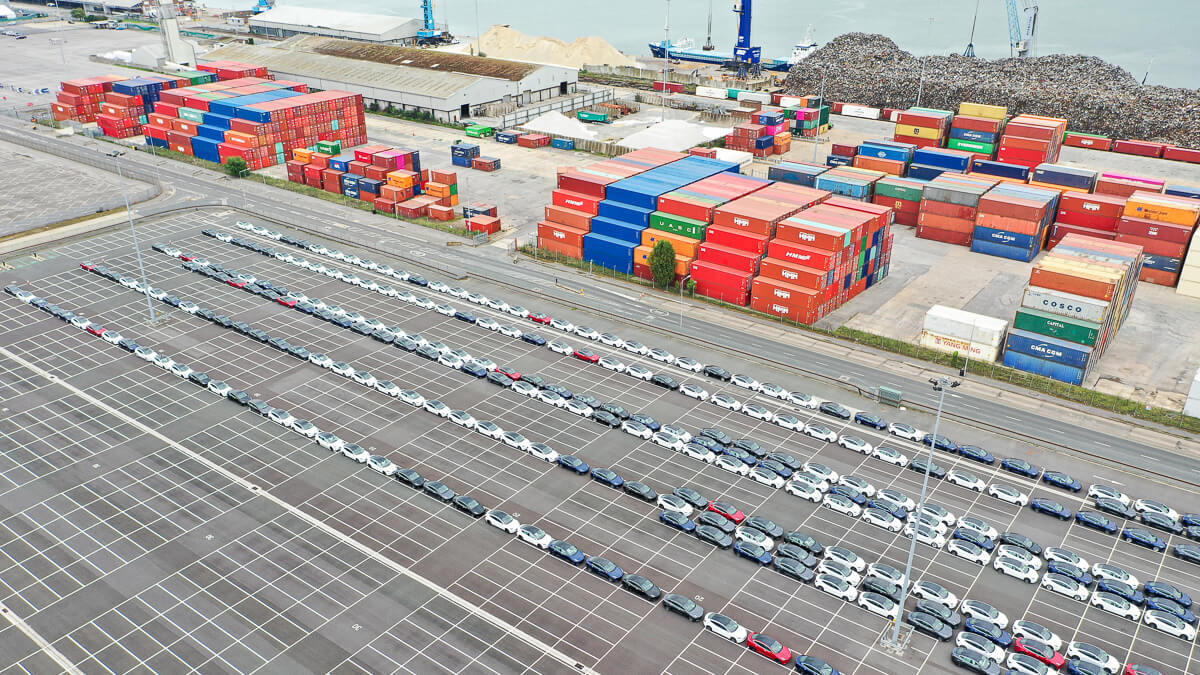 Drone's-eye view: BT believes ports present a lucrative opportunity for its drone systems running on the network it bought along with EE.
(Source: BT)

The operator has just announced an automated drone trial at the Port of Southampton in partnership with ABP and RoboK  a venture capital-backed Cambridge University spin-out that says it is building artificial intelligence (AI)-based computer vision algorithms for low-power computing platforms.

The trial demonstrated a drone flying over the port's vehicle inventory lot, with images captured and fed into an AI-supported system to track and analyze vehicle occupancy levels.

Drone in a box

BT also noted that the drone trial in Southampton is an extension of a strategic partnership with ABP.

In July 2021, BT and ABP deployed Internet of Things (IoT) and sensor technology at the Port of Ipswich to speed up the movement and processing of cargo goods. The Ipswich trial made use of EE's 4G network combined with sensor technology, network infrastructure and supply chains.

In Southampton, the focus was placed on drones to understand the potential use cases for what BT described as "drone-in-a-box" (DIAB) solutions in port environments. BT explained that unlike traditional drones, DIAB systems are autonomously deployed from a box that also functions as a landing pad and charging base.

After carrying out their instructions, these drones return to their "base" to charge and upload information. DIAB solutions are said to better manage port inventory, address health and safety monitoring, optimize site management, support search and rescue missions, and improve maritime control.

Dave Pankhurst, head of drones solutions at BT's Enterprise unit, said drone technology "can deliver vastly improved services to businesses and the public and even more so when dovetailed with automation capability."

He added: "Our trial demonstrates how drone technology – underpinned by BT's network – can lead to meaningful innovation to transform business operations. For ABP, it can fast-track new levels of digital transformation across their UK ports  saving costs, boosting efficiency and improving safety."

No mention was made of EE's 5G network in the Southampton trial, although BT has previously highlighted how 5G technology "massively increases a drone's capabilities" by enabling information to be sent back to base in real time.

BT sent a statement to clarify that for this specific trial, the BT team was "experimenting between the AI software and the drone hardware but not the connectivity between the two."

"The team captured the drone footage with an SD-card, then connected this into the RoboK laptop for the AI processing stage. However, the trial forms part of a broader research project between the partners which will, over time, explore the role of wireless communication channels, including 5G in delivering improved business outcomes when combined with innovative tech such as drones and AI," BT said.

It's worth noting here that Verizon and Nokia recently deployed a private 5G network at the Port of Southampton. The first use case tested on the network centered on health and safety by using drones to inspect cranes after storms.

Meanwhile, more port ventures could lie ahead for BT. ABP has a network of 21 ports around the UK, for example. BT is also in the process of deploying a private 5G network at Belfast Harbour, one of 100 Trust Ports in the UK.