Big telcos speed up pace of job cuts in pandemic

Margherita Della Valle, Vodafone's chief financial officer, could have been speaking for many of Europe's big telecom operators about the impact of this year's pandemic on cost management.

"COVID has not slowed us down on this journey," she told analysts this week. "In some instances, we have seen some supportive trends, particularly around digital, coming from the change in behavior that customers have had due to COVID."

Unlike most of its peers, the UK-based service provider does not disclose details of employee numbers in its quarterly financial reports. 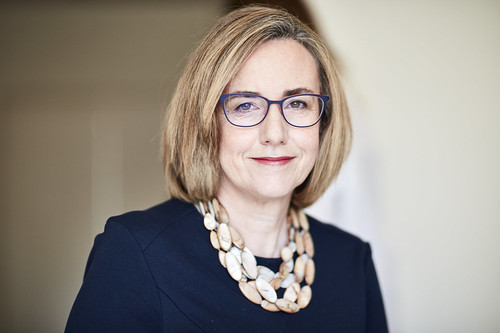 But headcount is likely to have fallen this year as Vodafone targets a 2.2 billion (US$2.6 billion) reduction in annual operating costs between 2019 and 2023.

Stores have been closed and service centers merged. A software system christened TOBi can answer almost two-thirds of customer queries without recourse to a human assistant.

Headcount has been falling for years at the biggest operators in Europe and North America. Vodafone employed 111,684 people in 2015, according to its annual reports. Divestments and downsizing had lowered the number to 95,219 last year.

Mergers and acquisitions have been responsible for thousands of redundancies as companies have scrapped overlapping roles.

In low- or zero-growth markets, greater efficiency has become perhaps the only route to juicier profits. Automation and technology are lighting the way.

As Della Valle points out, the pandemic is now clearing obstacles. Even consumers who resist online shopping have had reluctantly to embrace it during national lockdowns. Chatbots such as TOBi have become a hygienic alternative to crowded customer care centers.

In that part of the business, operators including Vodafone have also equipped staff to work at home. But their network operations centers (NOC), once popular hangouts for a virus, are being scrubbed clean by automation. Hundreds of NOC jobs at Vodafone have already disappeared and hundreds more are set to go.

Light Reading tracks employment statistics at 21 major service providers with headquarters in Europe or the Americas. At the ten that disclose numbers on a quarterly basis, and not just in annual reports, more than 44,000 jobs have vanished so far this year.

Table 1: Headcount at European and US telcos

That total is down from more than 53,000 that were axed in 2019. But the rate of decline has sharpened in Europe, where COVID-19 lockdowns have caused some financial discomfort for the region's big players.

Of the major incumbents, long-suffering Telecom Italia has cut the most jobs as a percentage of its total workforce, slashing about 2,700 roles in the first nine months of the year, or one in 20.

Hurt by competition from Iliad, an aggressive new entrant, it has lost customers and been forced to reduce prices. Revenues are dropping, debts remain high and infrastructure requires investment. A restructuring of its workforce that takes advantage of new technologies is part of the solution.

In absolute terms, Germany's Deutsche Telekom is responsible for the biggest fall in headcount. Including Sprint, the US operator it acquired earlier this year, it would have employed more than 237,500 people at the end of 2019. By September, almost 10,000 of these roles had gone, according to the operator's earnings report for its fiscal third quarter.

Unlike Telecom Italia, Deutsche Telekom has outperformed rivals in its main markets. Yet workforce pruning has fattened profit margins in countries where sales growth is elusive.

Productivity improvements across different operators can be seen in revenues per employee, a metric that now interests investors as automation and online behavior allow companies to maintain sales while cutting jobs.

That is partly due to rocketing sales at T-Mobile US, the subsidiary now merged with Sprint. Thanks largely to its US performance, Deutsche Telekom's headline sales have risen 16% since 2015, to 80.5 billion ($95.6 billion) last year. But revenues per employee have grown even faster, up 24% over the same period.

Of the main European and US service providers, only BT and Telecom Italia witnessed a decline in revenues per employee last year.

Philip Jansen, the CEO, is determined to change that perception. "Current processes are too complex with multiple handoffs and high levels of manual intervention," he told analysts during an earnings call in May.

The IT estate was "outdated and inflexible" and hardly anything was "zero touch," he complained at the time. As it targets improvements, BT aims to cut annual operating costs by £2 billion ($2.4 billion), or about 10%, in the next five years.

Back in April, during the UK's first lockdown, BT promised "no job losses related to the coronavirus for the foreseeable future."

Months later, the pledge will seem meaningless to many employees. About 3,600 jobs have subsequently disappeared in the most aggressive program of cuts for years.

With only £352 million ($418 million) realized in savings so far, the question is how many more will go.