Determining the true nature of 6G is turning into one of the great philosophical bust-ups of our times, rivaling the intensity of the real-ale-versus-fizzy-lager dispute or the perennial debate about the optimal moment to introduce milk in the tea-making process. It already threatens to be a contemporary, technological equivalent of the Great Schism in 1054, when a priestly spat over bread split the Christian church into Catholic and Orthodox fiefs.

There is more than just a single fault line in 6G. On the purely technological side, two camps are emerging, the conservatives and the revolutionaries. The conservatives think 6G, in the time-honored fashion, should be an improvement on 5G, spooning out even more bandwidth for users and speeding up connections. The revolutionaries dream of wireless systems that would let you taste a Wagyu steak cooked in Tokyo from your flat in London. 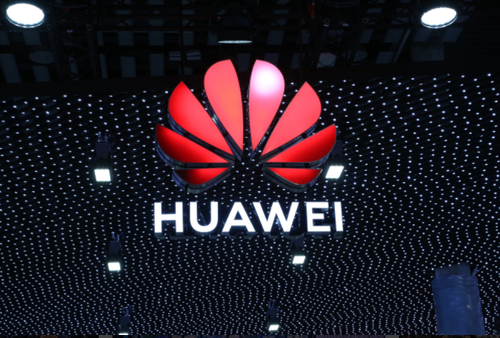 Complicating this split is the geopolitical schism between China and the US. No one who has paid the slightest attention to the last four years of worsening relations between the two superpowers can think the days of 3GPP-brokered entente cordiale are sure to last. The prevailing 5G inferiority complex has deepened mistrust and that no-man's-land camaraderie, where Chinese and US engineers exchange gifts and hometown stories before whipping out their latest algorithms, is probably finished. How many 6Gs eventually arrive is uncertain, but the 6G used in China may be as unwelcome in the US as Edward Snowden.

In this unchartered territory, Huawei is either as adrift as everyone else or concealing its position from the radar. Eric Xu, one of the Chinese vendor's top executives, claims befuddlement two years after stating 6G was uppermost in his thoughts. "We think 6G will be launched to market around 2030, but we don't yet know what 6G is," he told Huawei's analyst summit this week in Shenzhen. "If the global industry has limited imagination, and we cannot come up with compelling use cases, maybe 6G is not needed."

Say what? It would not be the first time someone in telecom has suggested the buck stops with 5G. Neil McRae, a senior technology executive at BT, expressed hope in late 2017 that 6G might be unnecessary if 5G delivered. However tongue-in-cheek this suggestion, a truly future-proof mobile technology would hold some obvious appeal for an operator investing in networks and spectrum, without any uptick in revenues, every time a new generation arrives. It would hardly suit an architect and beneficiary of the upgrade cycle.

But Xu has a point. Faster connections and lower latency sound boring and might not require an entirely new generation of technology. Connected taste sounds too futuristic to be feasible just nine years from now. Its proponents might as well have suggested a self-flying car. In the mix are visions of quantum computing, open RAN and cloud-native networks, none of which will excite many people who do not live and breathe software code.

The best Huawei says it can come up with is 5.5G, an all-too-familiar marketing attempt to revitalize 5G after its underwhelming start. It largely entails replacing the famous 5G triangle  the increasingly irrelevant one that attaches four- or five-letter abbreviations to the broadband, low-latency and IoT service categories  with a 5.5G hexagon. Lo and behold, instead of three service categories, there are six. The new ones are essentially mashups of the original three. Mix broadband and low latency to get real-time broadband communication (RTBC), low latency and IoT for harmonized communication and sensing (HCS), or IoT and broadband for uplink-centric broadband communication (UCBC).

This alphabet soup will presumably thicken when the 5.5G hexagon gives way to the 5.75G dodecagon and the 5.9G icosahedron. But for all the shape-shifting, the most startling transformation could be the one that occurs at Huawei. With no quick answer to the components blockade imposed by the US, the company this week said it would change tack, prioritizing software and non-telecom activities. 5G? Who even needs that, really?

Possibly not the automotive companies that Huawei is now eyeing as the next growth story. "5G or 5.5G is not a necessity but a nice-to-have to support autonomous driving," said Xu. "The capability of 5G has been exaggerated." Pre-Trump, such an utterance would have been as sacrilegious as an Orthodox priest's use of unleavened bread. But that was when Huawei could still procure the chips needed for 5G products.

Its public apathy about 5G and 6G, then, accompanies a strategic pivot that follows the crippling blow struck by US authorities. Huawei is hardly about to give up on network equipment and smartphone businesses that still generate the bulk of its revenues. It appears to hope non-US semiconductor alternatives will eventually save it. But it has evidently started preparing for a future in which artificial intelligence, the cloud and software could figure more prominently in its lexicon than 5G, 6G and hardware.

"We certainly look forward to what 6G will be, but it may not be the case that 6G will come," said Xu paradoxically. "Still, we have to prepare ourselves for the possible advance of 6G with the necessary investment." A safe bet is that Huawei or Chinese successors inheriting its technology will have a major say in China's 6G market, not to mention the seeding of artificial intelligence. An even safer one is that today's global technology ecosystem is going the way of the 11th century church.

Like what we have to say? Click here to sign up to our daily newsletter
COMMENTS
Newest First | Oldest First | Threaded View
Add Comment
Be the first to post a comment regarding this story.
EDUCATIONAL RESOURCES
sponsor supplied content
C-BAND Is Here  Will My Radio Work?
Seamless Connectivity Fuels Industrial Innovation  Forrester Report
The importance of collaboration in creating next generation technology
Achieving low power 5G Open RAN Radios
Disaggregation Ahead, Open RAN Challenges and Opportunities. A Panel with ADI, Vodafone, Facebook, Marvel
Educational Resources Archive
More Blogs from Morris Lore
Ericsson plans return in cheery news for MWC, but Sony may be out