If there were an appetite for a book about telecom deals that went rotten, CK Hutchison should definitely contribute a chapter.

Back in 2016, the Hong Kongese conglomerate merged Three Italia, its Etruscan phone subsidiary, with Wind Telecomunicazioni, a breezily named rival owned by VEON  itself a part of Russian oligarch Mikhail Fridman's business empire.

Consummated in November that year, the marriage produced a telecom giant with vast swathes of radiofrequency spectrum and more than 31 million mobile customers. Even Telecom Italia, the country's former state-owned incumbent, was in the new Wind Tre's shadow, with six million fewer subscribers. 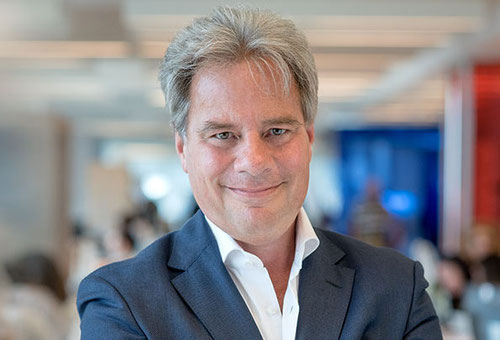 The tie-up, it would be fair to say, has been more Sid-and-Nancy disaster than Antony-and-Cleopatra romance. In just three and a half years, Wind Tre has managed to leak no fewer than 8.5 million mobile customers, according to a financial update CK Hutchison published this week. Six-month revenues have fallen around 800 million (US$945 million) in the last three years, to about 2.3 billion ($2.7 billion).

VEON shrewdly quit when the business began to wobble, selling its 50% stake to CK Hutchison for a tasty 2.45 billion ($2.9 billion) in September 2018. Since then, Wind Tre has lurched from one upset to another like a Barolo-swilling drunk in a gale.

Star-crossed telco
Italian bureaucrats made sure the stars were never really aligned for the merger right from the outset. Pro-consumer regulatory wisdom dictated that Italy must remain a four-player mobile market. Wind and Three were allowed to combine but forced to offload a part of their business to a new entrant as a condition of that merger.

Which partly undermined the purpose. Wind Tre made matters even worse, however, by selling those assets to none other than Iliad, whose price-cutting antics in France had already bashed the older providers there. It was like inviting a mad axman into the villa in the hope he could be restrained.

Wind Tre possibly thought Italy's already low prices would neutralize the Iliad threat. If so, it was badly mistaken. After launching its low-cost offer in May 2018, France's enfant terrible had fought its way to 5.8 million customers by the end of March 2020, some of whom it snatched from Wind Tre.

Iliad wasn't the only problematic company, either. On the supplier side, Wind Tre had cozied up to ZTE. When the Chinese vendor was temporarily banned by the US government from buying US components, its work on a major network project for Wind Tre ground to a halt.

After that, Wind Tre padlocked the investor relations part of its website, including more detailed financial reports, and withheld keys from the riffraff (including reporters). In November, Jeffrey Hedburg, Wind Tre's CEO, turned up at a ZTE event in the earthquake-hit city of L'Aquila, presumably to bang a few Chinese heads together.

Not, though, before he had just agreed to shell out more than half a billion euros for new 5G spectrum in Italy's 6.6 billion ($7.8 billion) government-run auction fiasco. Wind Tre, for sure, spent a lot less than Telecom Italia and Vodafone, each of which paid 2.4 billion ($2.8 billion) for licenses. But it also came away with far less. Each of its bigger rivals bagged 80MHz of the important 3.7GHz band. Wind Tre and Iliad were left with the 20MHz scraps.

This odd carve-up was obviously designed to maximize the government's take, as operators bid aggressively for the two useful licenses. Even before the launch of commercial 5G services, it skewed the market and sapped Wind Tre's 5G strength.

It has also driven further deal-making as Italy's fiscally squeezed operators have sold assets and pooled resources. In Wind Tre's case, that entails the construction of a single 5G network in partnership with Fastweb, an Italian broadband operator. Taking the concept of infrastructure sharing to an extreme, the plan has been legally challenged on competitions grounds by Iliad, a perpetual nuisance even when it is not dangling subscriber scalps from its belt.

The age of coronavirus
All this preceded the age of the pandemic. Figures published by CK Hutchison this week show Wind Tre's year-on-year revenue decline was 3% in the first six months, when the virus was raging in parts of Italy. Operating profits fell 17%, to 572 million ($676 million), despite cost-saving activities.

Those declines, of course, are partly explained by circumstances outside Wind Tre's control. Less defensible is the loss of about 2.6 million "active" mobile subscribers in the past year, leaving Wind Tre with 20.3 million across the prepaid and contract arms in June. The only positive was a slight improvement in average revenue per user.

CK Hutchison could not have predicted the US sanctions against ZTE, the dodgy format of the 5G auction or the coronavirus pandemic. It could have anticipated Italian bureaucrats and the damage Iliad might do, however, and elsewhere it looks culpable.

Long after the last ZTE crisis and the 5G spectrum sale, it has continued to shed mobile customers at a higher rate than Telecom Italia, which lost 1.8 million in the year to June, and Vodafone, whose number shrank 1.6 million. If a turnaround is beyond CK Hutchison, it will at least have extra material for its rotten deals chapter.