"Zoom is now integrated into all aspects of our lives," says Chief Financial Officer Kelly Steckelberg.

Many companies make flamboyant claims in announcing their half-year earnings, as Zoom did this morning, but this one seems an understatement. 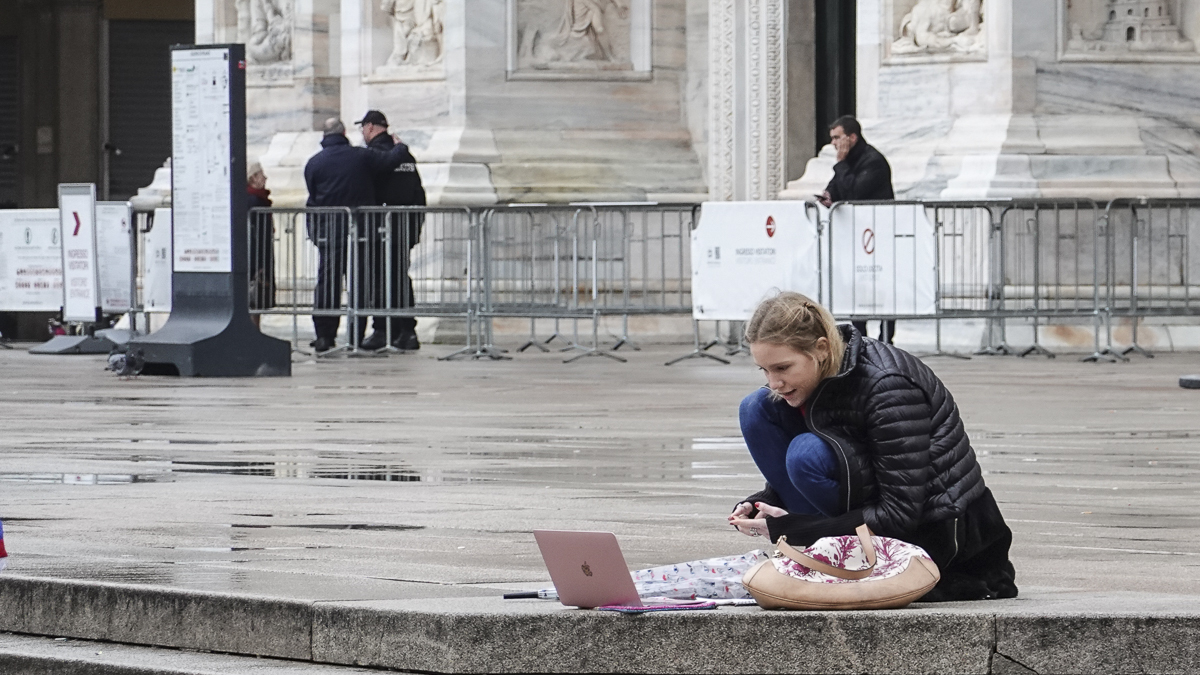 Zooming around: Working from home – or outside the Duomo in Milan – thanks to COVID-19 has seen Zoom's profits soar.
(Source: Guilhem Vellut on Flickr CC 2.0)

Zoom's revenues jumped by an unbelievable yearly 355% in the second quarter, to $663.5 million, after COVID-19 made the videoconferencing platform part of many people's daily routine.

Zoom says it now has over 300 million daily users. Before the pandemic, that number was 10 million.

Let the Zoom times roll Zoom has become a symbol of the new flexibility of homeworking, as the global pandemic has taken the world virtual.

And it equally has become a symbol of everything that's lacking in the new abnormal.

With the brand rocketing to visibility – March saw daily traffic on its download page increase by 535% – the videoconferencing platform has become part of every industry's attempts to find a way of coping with corona life.

In July, Formula One struck a partnership with the video meeting platform, as motor sport tries to find a substitute for its corporate hospitality business.

Corporate hospitality accounted for $358 million of its $2 billion revenue in 2019. In its upscale Paddock Club, tickets cost $3,800 for two days.

It also has been a year when the platform has needed to cope with capacity and security concerns, as it has had to scale up much, much faster than it had planned. 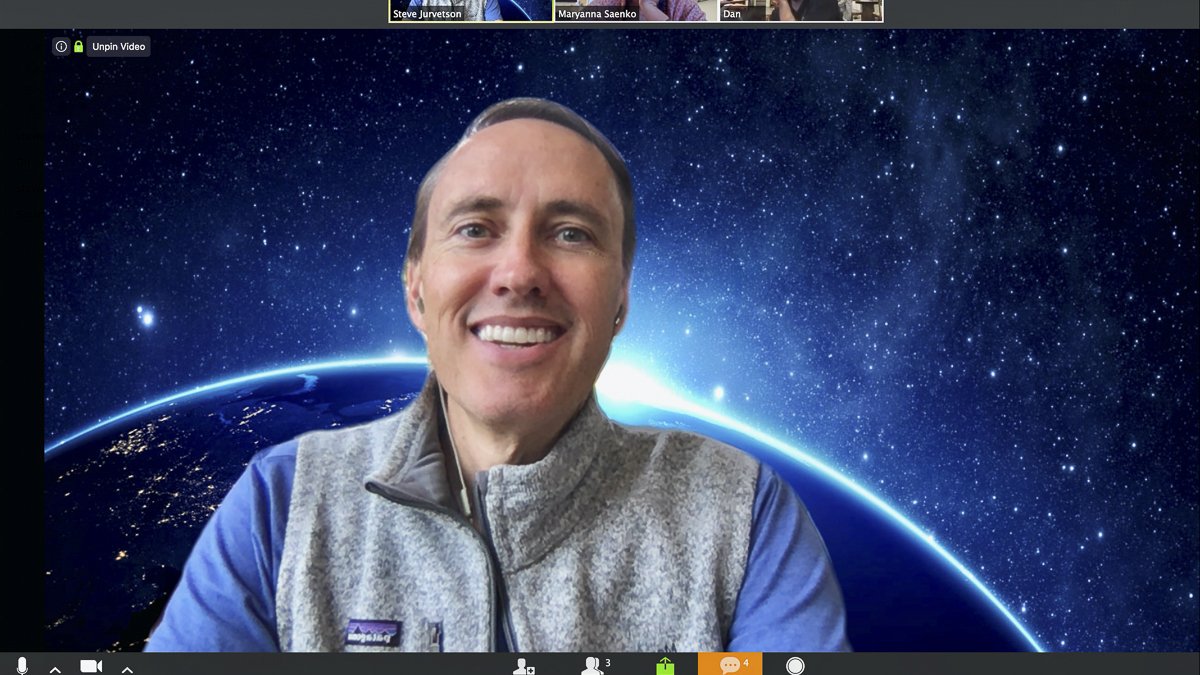 In space: Backdrop selection for your Zoom call has become a big part of meeting prep #thankscoronavirus.
(Source: Steve Jurvetson on Flickr CC 2.0)

Early in lockdown, in March, the platform responded to concerns about its security by saying that it offered "end-to-end" encryption on its video calls.

Until it turned out it didn't.

In March, the FBI said it was investigating the new phenomenon of "zoombombing," where hackers could take advantage of the easily-guessed URL format to infiltrate meetings, often interjecting racial slurs and threats.

In April, the US Senate's Serjeant at Arms asked members not to use Zoom's service, because of security worries.

As universities and schools come back in the next few weeks to a part-physical, part-virtual existence, and Harvard at least has said all its instruction will be virtual, critics have said education providers need to offer more than "Zoom from your room."

And at the end of August, many US schools taking advantage of Zoom's offer of free access to its enterprise-grade version found they couldn't log in.

I am the Yuan and only It remains to be seen if its Chinese links will bring it serious difficulties, as the US and China seem headed towards a tech Cold War.

But it currently seems an expression of both the US and Chinese dreams.

Its founder, Eric Yuan, the son of mining engineers in east China, as a young boy would collect construction scraps to recycle them for cash.

He emigrated to Silicon Valley aged 27, getting a US visa on his ninth try.

He became VP of engineering at WebEx, the web conferencing company Cisco bought in 2007.

When he took his company public in April 2019, he only met big investors on Zoom.

Other platforms, including Skype, Microsoft Teams and Cisco's Webex, also have each seen their use soar since March.

For the moment, at least, Zoom remains in the privileged position of being the one everyone else is chasing.