It is all systems go for O2 and Virgin Media. The £31.4 billion ($43.2 billion) merger announced last year has finally been cleared for take-off after UK authorities dismissed concern about the impact it would have on wholesale competition. Yet customers and employees cannot afford to be as sanguine.

The joint venture will unite the UK's largest cable operator with the O2 mobile phone business owned by Spain's Telefónica.

A strategic rationale for the tie-up is that it would create a company with both fixed and mobile infrastructure, giving it the networks strength to wrestle BT in the market for all-in-one deals. 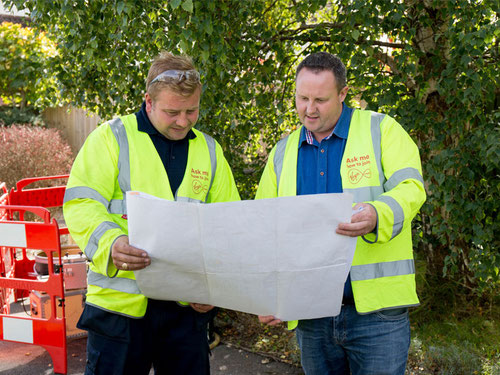 "They said to go first left after the pub."

Plans originally smelled iffy to the Competition and Markets Authority (CMA). While O2 and Virgin Media have little retail overlap, they both sell connectivity to mobile service providers.

The CMA's fear was that a combined O2-Virgin Media might jack up prices or restrict access, with knock-on effects for consumers.

But after a lengthy investigation, the CMA thinks there is probably nothing to worry about.

"A thorough analysis of the evidence gathered during our phase 2 investigation has shown that the deal is unlikely to lead to higher prices or a reduced quality of mobile services  meaning customers should continue to benefit from strong competition," said Martin Coleman, who led the inquiry.

The explanation the CMA provides is that costs for so-called "backhaul"  the network link between basestations and the core  account for only a small bit of the overall expense, minimizing the risk of higher prices for consumers.

Authorities also drew attention to a healthy level of competition in this market thanks to BT's Openreach business and various smaller providers.

The same goes for mobile network alternatives to O2, which sell capacity to companies that lack infrastructure of their own, including Sky and Lycamobile.

The deal between O2 and Virgin Media still leaves the UK with the same four mobile network operators  BT's EE, Three and Vodafone being the others. A previous O2 effort to merge with Three failed to cross the regulatory hurdle mainly because it would have reduced the number of networks.

All this reasoning might not reassure the people who buy mobile wholesale products, but there has been little apparent carping about this particular deal.

"The CMA's provisional approval comes as no surprise given that the deal does not create a significantly stronger player in either the fixed-line or mobile markets," said Kester Mann, the director of consumer and connectivity at analyst firm CCS Insight, in emailed comments.

That contrasts with the uproar that surrounded BT's £12.5 billion ($17.2 billion, at today's exchange rate) takeover of EE in 2016, when opponents grumbled that merging the country's biggest fixed and mobile operators risked producing a dominant player across the two sectors.

Still, customers and employees of O2 and Virgin Media would be justified in worrying about the tie-up. The cable operator has had a dreadful reputation for customer service that O2 subscribers will not want carried into the mobile operation.

Loaded with debt, the new-look player may have to prioritize cuts over investment in new services. Branding is another potential concern.

"The joint venture will need to dig deep to fund the costly expansion of cable and 5G services throughout the UK and make tough decisions over its future brand direction," said Mann.

Mergers between big companies rarely happen without layoffs, as duplicate roles are eliminated. O2 has already been slashing jobs in the last two years, cutting headcount by 870 employees, about 12% of the total, between December 2018 and December 2020, according to Telefónica's last annual report.

But with 11,460 permanent UK employees in its last fiscal year, Virgin's headcount has been relatively stable over the same period.

The combined company, it is worth pointing out, would appear far less bloated than BT. Roughly twice as big in terms of revenues, the telecom incumbent employs nearly six times as many people as O2 and Virgin together. That huge difference will not please some investors when Virgin and O2 are united.