Verizon's fixed wireless access (FWA) business continued to accelerate in the fourth quarter of 2021 even as the pace of growth for its Fios Internet business slowed significantly. 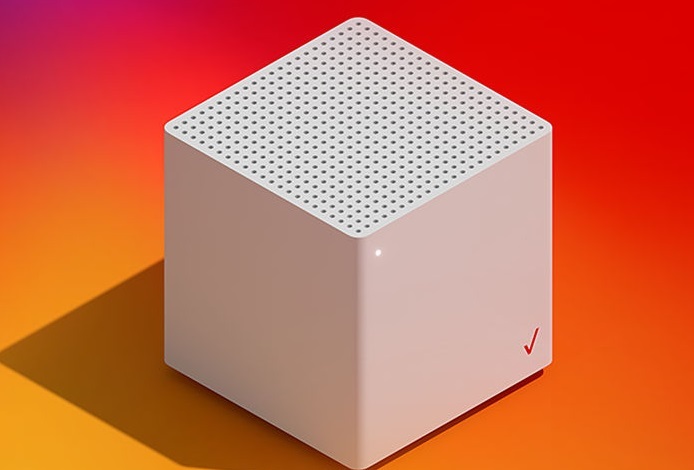 Verizon expects its fixed wireless access business to expand as it ramps up the deployment of C-band spectrum. Pictured is the CPE for Verizon's 5G Home service.
(Image source: Verizon)

Verizon's FWA gains in the quarter outpaced the growth it saw from its wireline broadband business. While Fios Internet added 339,000 subs for full-year 2021, its best full-year result since 2014, the 51,000 subs it gained in the fourth quarter were well off the 92,000 added in the year-ago period. Verizon's Fios Internet sub total for Q4 was also sharply lower than the 100,000 expected by the analysts at MoffettNathanson.

But Verizon added 106,000 total broadband customers in Q4 when its FWA results, which include both residential and business customers, are included. Verizon's FWA sub totals also include a mix of customers getting broadband from 4G as well as the company's newer 5G-based services.

Verizon estimates that it ended the year with about 20 million households covered with its FWA products. Verizon's recent launch of C-band spectrum is poised to add "millions more homes" to that total, company chairman and CEO Hans Vestberg said on today's earnings call.

Verizon did not announce any FWA subscriber predictions for 2022, but the analysts at Bernstein expect faster growth in the coming year as the use of C-band spectrum "multiples availability." Bernstein also expects FWA growth to be aided by Verizon's recent decision to offer a 50% price reduction on fixed wireless access services for a segment of customers on Verizon's unlimited smartphone data plans.

FWA serves as the "the primary broadband solution" for those customers, which also represent new broadband customers for Verizon and, in some instances, new mobile customers, Vestberg said.

"I think that's our sweet spot right now, when we're a national broadband provider," he said, noting that Verizon's FWA subs have been coming from both cable and DSL service areas.

Among other subscriber results, Verizon lost another 69,000 Fios video subs, ending 2021 with 3.57 million. Those Q4 losses were slightly improved from a year-ago loss of 72,000.

MoffettNathanson estimates that revenues at Verizon's business wireline sub-segment dropped 9.2% year-over-year, far worse than a decline of -2.3% a year earlier.