Three UK hits reset on IT and 5G overhaul

Susan Buttsworth is momentarily stumped for a description of the IT overhaul at Three UK, the mobile operator she joined as chief operating officer in October last year. "It has certainly proven to be  how can I say this  it has been a lot of work. Let's put it that way," she tells Light Reading.

The bane of operators worldwide, IT "transformation" has been an especially costly affair for the UK's smallest mobile network operator.

Three hopes to slash costs by decommissioning in-house technologies and the staff used to manage them. Instead, it is shifting responsibility to the public cloud, and specifically Microsoft Azure.

The transition, it said in April last year, would reduce IT expenses by a third and claim between 700 and 800 technology jobs, representing 13% to 15% of total headcount at the time. 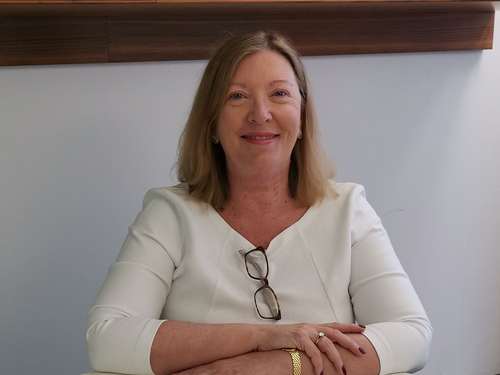 Three UK's Susan Buttsworth has faced a triple whammy of problems this year.

Unfortunately, Three has had to keep its ageing platforms in place until all customers have been disembarked. Costs have accordingly mounted. The good news is that every prepaid customer is now on updated systems, and postpaid customers are in transit.

"The costs do come from dual running and we do expect that the dual running will be completed by the end of 2021," says Buttsworth.

She has hit the reset button since joining Three from a different part of CK Hutchison in a slew of UK management changes.

Describing the original IT program as "extremely ambitious, not only for us but for our partners," Buttsworth favors a progressive introduction of new technologies over a "big bang" approach.

Her own hires include Belinda Finch, a former executive at Vodafone and energy supplier Centrica, as Three's new chief information officer.

The transformation agenda is no longer restricted to IT and technology, either. The emphasis now is on ensuring that changes feed into and support various parts of the business.

Further investment in chatbots, other new technology tools and online sales channels, spurred by customer behavior in the current pandemic, is all part of the latest plan.

That means cost savings should be available across the organization, although Buttsworth will not be drawn on the specifics or say if profitability is likely to improve in the current six-month reporting period.

"We have to take into consideration the economic climate with COVID and the changes that is bringing to organizations and consumers," she says.

Three was named after the generation of technology it introduced to the UK about 17 years ago. This year, its moniker seems to reflect a triple whammy of problems as it embarks on a rollout of 5G, the third mobile standard it has deployed.

Besides the disruption caused by COVID-19 and IT changes, a UK government clampdown on Huawei has forced Three to scrap its former network strategy, which had entailed using the Chinese vendor as a sole supplier of 5G radio access network (RAN) products.

In response to the new rules, Three has chosen Ericsson as a substitute. "We are concluding our relationship with Huawei over the next weeks," says Buttsworth.

As of today, however, only a handful of 5G sites are served by Ericsson. That means nearly all the 800 that have been deployed  in a network of about 16,500 sites  come from Huawei.

Under government rules, Huawei will not be allowed to supply products to more than 35% of a telco's 5G RAN after January 2023. Beyond December 2027, operators will need to have removed any 5G equipment from the Chinese vendor.

And a new regulation, announced today, forbids them from installing any 5G equipment from Huawei after September next year.

A challenge for Three is ensuring compatibility between its 5G and 4G networks. To do this, operators mainly insist on using the same vendor for both technologies.

In Three's case, that previously meant substituting Huawei for Samsung, a South Korean vendor, at 4G sites. As a result, Huawei was present at more than 4,000 sites in late September. Eventually, it may have to be replaced.

Buttsworth puts the entire budget for network and IT modernization at about £2 billion ($2.7 billion), which compares with capital expenditure of about £426 million ($568 million) last year.

Thankfully, Three can already tick off some major accomplishments outside the RAN. Those include shifting all 4G and 5G traffic to a new virtualized "core," the control center of the network, developed by Nokia. Last year, just 18% of traffic ran over this system.

At close to 100%, Three could feasibly think about shutting down its 3G network without causing major disruption for customers.

In addition, Three is making good progress on bolstering its "backhaul," which connects basestations to the core, through deals with fiber providers.

It has now concluded agreements with a host of players, including CityFibre, Colt, SSE Enterprise and Virgin Media, and is busy installing equipment in BT exchanges. Some 246 have accordingly been "unbundled" and 457 is the target for next year.

Big network decisions still confront the firm. Among them is whether to entrust the entire 5G RAN to Ericsson in future or introduce another supplier. "That is not a decision we have taken either way," says Buttsworth. "The priority now is working with Ericsson closely and establishing the rollout for next year."

"Certainly, open RAN has been discussed internally, but we do not have any concrete plans at the moment," says Buttsworth. "Even though we have discussed some of the new advances in technology, they are just not my priority for 2021."

The billion-dollar question is whether 5G can boost Three's prospects in a way 3G and 4G have never really done. In the year to June, Three's number of active customers shrank 7%, to fewer than 9.6 million (although its postpaid business grew), while average monthly revenue per active user dipped 3%, to £17.77.

As a challenger, it has been far less successful than Iliad in neighboring France or T-Mobile in the US.

A push into the home broadband sector, where Three believes it can position 5G as a fixed-line alternative, has yet to pay off. Buttsworth says customer numbers have doubled in the last six months but will not disclose the actual figure. Some 1.2 million homes are now within coverage of Three's 5G signal, she says.

On the plus side, Three boasts an outrageous quantity of 5G spectrum next to its rivals  some 140MHz in total, next to Vodafone's 50MHz and the 40MHz that BT and O2 each hold.

That puts it in a strong position when it comes to the rollout of higher-speed customer services. At 201 Mbit/s, the median download speed on its 5G network is "pretty good for the UK market," says Buttsworth.

Eyes are on Robert Finnegan, who replaced Dave Dyson as CEO earlier this year. Market observers can expect a surge of activity in the enterprise sector, where Finnegan has already had some success as CEO of Three Ireland (a position he still holds).

"We are already moving to establish an enterprise business in Three UK," says Buttsworth. In a sign of its intent, Three in August hired Mike Tomlinson, previously responsible for BT's strategy in the SME (small and midsized enterprises) sector, to lead its fledgling business unit.

For Buttsworth, the current focus is on making sure the IT and network programs stay on track, a job that coronavirus has undoubtedly made tougher.

"It is both more difficult in the pandemic and more important in the pandemic," she says. "Nevertheless, it is the objective for me regardless of the environment." Pulling it off will be no small achievement.