Europe's telecom giants have mainly balked at the sale of a controlling stake in their towers, the site infrastructure that hosts their mobile network equipment. Vodafone looks determined to retain majority ownership of its Vantage Towers subsidiary. Deutsche Telekom is the sole parent of its Funkturm equivalent. Orange CEO Stephane Richard recently told the Financial Times that operators could do something smarter than just sell towers to Cellnex, a rising power with lofty ambitions.

All of which makes today's update from Telefónica stand out like a 5G mast on a low-rise street. Following the example set by smaller service providers such as Iliad and Three, the Spanish incumbent is to sell the entirety of its controlling stake in Telxius to American Tower Corporation (ATC). For a cash fee of 7.7 billion (US$9.4 billion), the US infrastructure specialist bags 50.01% of a company with 30,722 towers in Spain, Germany and four Latin American markets. 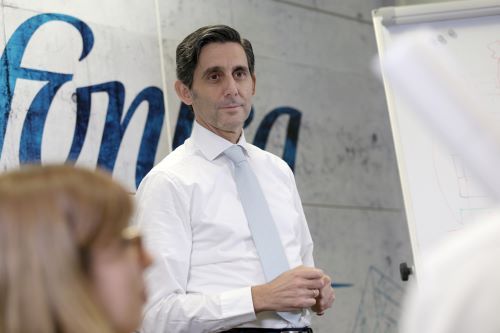 Financially, the deal will have immediate benefits for Telefónica. It values Telxius at a very attractive multiple of 30.5 times its underlying operating income in a year. Were Telefónica valued on that basis, it would be worth nearly 404 billion ($491 billion). Its market capitalization in Spain this morning was just 20.8 billion ($25.3 billion), with shares up more than 10% on the news.

Telefónica's priority is to pay off some of its substantial borrowings, which equaled about 36.7 billion ($44.7 billion) in net financial debt at the end of September. The transaction will reduce this figure by roughly 4.6 billion ($5.6 billion), according to the company's estimate, and its net leverage (the ratio of net debt to underlying operating income) by 0.3.

So much for the upside. If there were no drawbacks, then Europe's other telecom incumbents would also be selling their towers. Most are right to worry about relinquishing control of such vital assets and becoming tenants for the property they once owned. If the infrastructure market consolidates, and demand for space remains high, then rental prices could rise.

Divestment also means giving up on a business that currently enthuses investors. Cellnex, which has amassed a portfolio of about 100,000 European towers, is worth 3.7 times more than it was just five years ago, and more valuable even than Telefónica, which generates 29 times as much in revenues. The Spanish operator's own share price has dropped 57% over the same five-year period.

Investors are attracted to infrastructure as a relatively safe long-term bet. With the rollout of 5G technology, and the changes wrought by the pandemic, mobile connectivity has become more important than ever to economic growth. Service providers will always need passive infrastructure for their equipment. The job of the towers specialist is largely that of a plain-and-simple landlord. It does not face the same identity crisis as the average telco, undecided if it is merely a dumb-pipe utility or something much sexier.

Telefónica probably believes the strategic risks are minor. CEO José María Álvarez-Pallete notes that ATC was already his company's "second supplier" after Telxius. He has extracted a commitment from the US firm to maintain similar arrangements to those Telefónica had with Telxius. Future price rises seem unlikely, too. Telecom service revenues have been flat (even declining in the pandemic) and squeezing tenants with substantially higher fees would make little sense in the long run.

The arrival of ATC as a major European force should also boost competition, ensuring Cellnex does not become an overly dominant player. The US firm has already promised to spend an additional $500 million on building another 3,300 sites in Germany and Brazil over the next five years. Internationally, it is a much bigger firm than Cellnex, generating sales of about $5.9 billion over the first nine months of 2019. Cellnex made about $1.1 billion in revenues over the same period.

While Iliad and Three have already quit the towers business, Europe's biggest operators are unlikely to be swayed. Selling property might seem like a lucrative short-term move, but it also smacks of financial desperation. Telefónica has already sold off various parts of its sprawling empire to restore some balance-sheet health. Now it is bidding farewell to major site infrastructure. However it justifies the latest transaction, that would have been unthinkable just a few years ago.

In his comments on the deal, Álvarez-Pallete says the divestment will allow Telefónica to focus on its "most ambitious objectives." Those include a merger of its O2 business in the UK with cable operator Virgin Media, the acquisition of Oi's mobile business in Brazil and, of course, reducing debt. But operating conditions remain tough. Sales fell nearly 11% year-on-year for the first nine months of 2020, and earnings were down almost 15%. That leverage ratio threatens to creep back up. And Telefónica is running out of things to sell.