T-Mobile's fixed wireless access (FWA) service managed to avoid a June swoon  at least when it comes to downloads of its app for major platforms such as Android and iOS.

In fact, downloads of the T-Mobile Home Internet app set another record in June, notching a 7% increase over May's downloads, and a 93% jump in Q1 2022 versus Q1 2021, according to the latest "App Wrap" report (registration required) from Evercore ISI. 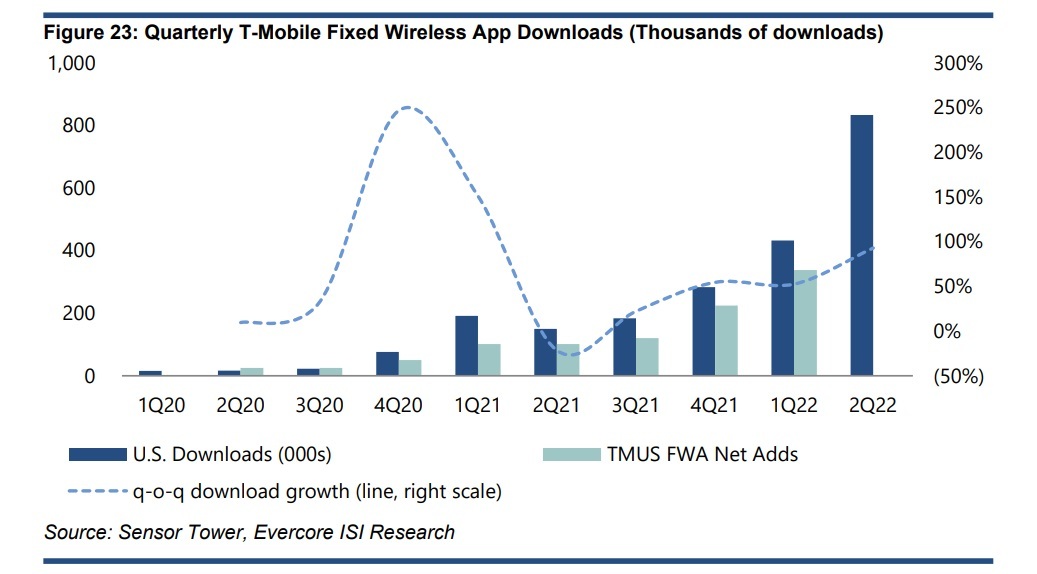 The study, based on data from Evercore and metrics from Sensor Tower, also saw an acceleration of the 55% quarter-on-quarter growth that happened in both Q4 2021 and Q1 2022. 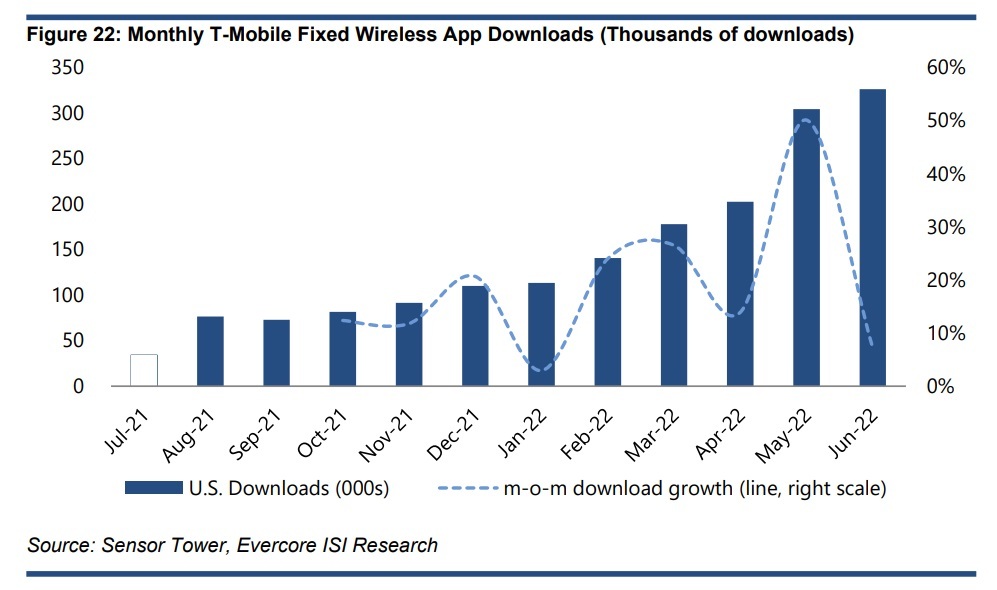 While the latest download trends would seem to bode well for T-Mobile's FWA subscriber rake for the second quarter of the year (the company is expected to report those results late this month), Evercore ISI views this recent surge in downloads with a smidge of caution.

"[W]e don't expect all of the sequential increase in downloads to translate to an increase in FWA net adds due to product sampling and churn," the Evercore ISI analysts noted in the report.

As part of its latest round of "uncarrier" moves, T-Mobile is letting prospective FWA subs test the service for free for 15 days, along with an offer to pay early termination fees of their current ISP, up to $500.

While app downloads are an indicator that T-Mobile is seeing a rise in signups for its home Internet service, time will tell if the company can match or increase its take from the first quarter of the year. In Q1, T-Mobile added 338,000 high-speed Internet customers, up from 224,000 in the prior quarter, for a total of 984,000. T-Mobile announced in April that it had surpassed 1 million FWA subs.

Last week, T-Mobile said it had expanded its 5G-powered home Internet service to an additional 5 million homes across 81 cities and towns in Colorado, Iowa, Kansas, Missouri and Oklahoma.

T-Mobile claims that more than 40 million US households, about a third in rural areas, are currently eligible for its 5G Home Internet service, which starts at $30 per month for customers on the company's Magenta Max plan. T-Mobile's forecast calls for 7 million to 8 million FWA subs by 2025.

More from the 'App Wrap'

Evercore ISI's report largely focuses on download trends for video streaming services. Here's a snapshot of its other June 2022 findings: