5G is a technology, not a sports event, but the lexicon of sport fills much that is written about the youngish mobile standard.

In the arena of geopolitics, 4G's successor is presented as a "race" between different nations, and especially the economic superpowers of China and the US.

The mile markers are the bandwidth, basestation and coverage metrics, where analysts interject their mid-race punditry. Countries are ranked on 5G performance just as they are on medals at the Olympics. 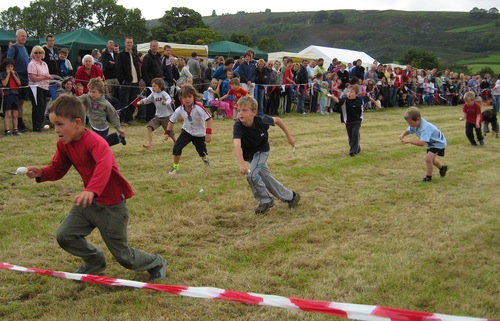 This race analogy is not original. First, there was the arms race. Then came the space race. Most recently, the world has been hosting a race to develop a coronavirus vaccine.

Countries participating in any of these events have eyed a major prize. The winner of the arms race would, in theory, be able to threaten foes with annihilation. The space race champ would be a colonizing Cortés of the cosmos.

With the first coronavirus vaccine, a country could look forward to a speedy recovery and a pharmaceutical fillip.

How has a network technology been elevated into this elite group?

In a world dominated by Internet companies, the simple answer is that politicians are more cognizant of telecom's importance than ever before.

Many appreciate the link between broadband availability and GDP growth. Some recall that 4G pioneers gave birth to the new applications that have revolutionized global industries  the Uber effect.

Stick a telecom Everest in a country and developers will rush to climb it. The 5G winner could be the country that seeds the world's next Uber.

But many governments have bought into an even more exciting narrative produced by 5G's backers.

In this story  written by the likes of Huawei, Ericsson and Nokia  5G is not simply the latest network technology. It is the digital oil of the 21st century, the essential fuel for a world of connected objects, from everyday household appliances to road vehicles and even national weapons systems.

The winner of that race might gain an economic and strategic advantage for years.

Not convinced 5G is thought of this way? In June, Tom Cotton, a hawkish US senator and former solider, was asked by UK politicians about his country's reasons for campaigning against Huawei and ZTE, China's two best-known network equipment makers.

His long-winded response went: "5G is such a technological leap beyond 3G and 4G and it is so central to the way economies will function in the future and the way our countries will secure themselves that I believe using Huawei technology, using ZTE technology, using any technology from a company that is beholden to the Chinese Communist Party would be as if we had relied on an adversarial nation in the Cold War to build our submarines or to build our tanks."

A generational dud
Plenty of telecom experts are unconvinced 5G deserves this billing, though.

To skeptics, it does not carry the same prestige as the arms, space or vaccine races because the 5G rewards are far less obvious.

The harshest critics think it a scam perpetrated by an industry desperate for growth. Seeing good intentions, others anticipate a generational dud. The sector certainly has form with 3G, a technological mess that 4G eventually cleaned up  more egg-and-spoon race than Olympic event.

In pioneering countries, neither consumers nor their service providers have seen many 5G benefits so far.

In South Korea, about 13% of people now own a 5G phone, ranking it ahead of other countries on adoption, and yet consumer spending on mobile services has hardly budged despite lavish telco investments.

Takashi Shoji, an executive vice president at Japan's KDDI, has spoken of a "huge sense of crisis" about low 5G takeup in his own market.

While China flaunts six- and eight-digit numbers for basestations and subscribers, there have been few signs that Chinese consumers are actually using 5G services, according to local analyst Wang Changyou. Moreover, the 5G apps that have taken shape "have not been eye-catching," he said in July.

The real prize is the business customer, telecom execs have long insisted. Bringing faster connections and service guarantees, 5G is the perfect connectivity fit for all sorts of business applications, they say.

Yet there are few real-world examples that cannot squeeze into 4G or Wi-Fi. That leaves 5G's proponents depicting the most unlikely service contortions, or highlighting features of questionable value, purely to make 5G stand out.

Robot surgery and autonomous cars are the most hackneyed and improbable service examples. Network slicing is apparently what business customers most need, even if they do not realize it yet. A big attraction of 5G over fiber is not some technical wizardry but the mere absence of cables on the factory floor. Hard to imagine that topped any list of 5G benefits several years ago.

No flying start
This does not mean 5G is destined to retreat ignominiously, as 3G is now doing. The 5G future envisaged by Cotton and Huawei  geopolitical enemies in full agreement about 5G's importance  is still possible.

But 5G is not off to the flying start it might have enjoyed. As government officials have swallowed the industry hype, it has been tripped up by geopolitics in Europe and other parts of the world. Telco unhappiness that standards are not actually very open and interoperable has surfaced at an early stage in the 5G race.

Some kind of industry fragmentation seems likely while 6G limbers up. On top of this, the coronavirus pandemic could hinder app development and service innovation for years.

In the meantime, 5G remains a huge distraction from other technologies that warrant more scrutiny.

An unhealthy global obsession with 5G has surely influenced the conspiracy theorists who see it as the root cause of the coronavirus. While their more criminally inclined followers torched masts and abused engineers, nobody noticed that a government algorithm was downgrading teacher assessments for thousands of UK students unable to sit for the usual exams this year.

A software program had erroneously decided on their futures, or it would have done had student protests  after results were published  not forced the government into an embarrassing U-turn.

That 5G's leaders have seen relatively few benefits so far is good news for the 5G laggards. If the technology continues to underwhelm, their priorities could still shift depending on their observations of the 5G experience in other countries.

Nobody is about to drop out of the 5G race. The only doubt is whether a podium finish will really matter.