Left alone by US, state-backed ZTE is more profitable than ever

ZTE, the Chinese underdog to Huawei, looked terminally ill just a few years ago. Starved of essential components by US sanctions, the equipment maker took to its sick bed in 2018 and ceased all trading as analysts grimly counted the days. Three years on, it is Huawei whose telecom business has a deathly pallor while ZTE appears revitalized.

In a preliminary results statement short on detail, ZTE said it expects net profit for the recent third quarter to be roughly twice as much as it was a year earlier. The range it provides is from about 1.5 billion Chinese yuan (US$230 million) to RMB1.9 billion ($300 million). Last year, it made just RMB855 million ($133 million). 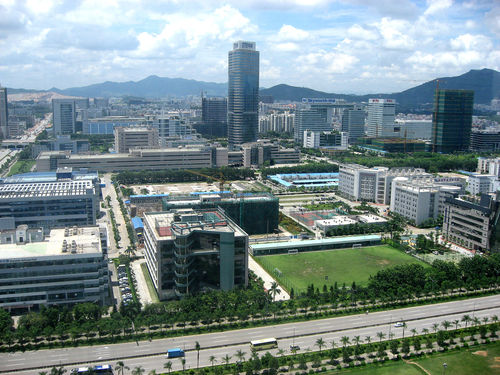 What explains the turnaround and subsequent increase in profitability? The first and most important change was the removal of ZTE's main business from the Entity List  allowing it to buy US components once again  after it had paid multi-billion-dollar fines, replaced executives and agreed to supervision by American watchdogs. Only ZTE Parsian, an Iranian affiliate, is still on the list.

The name of Huawei, by contrast, turns up 184 times in the 474-page document, preventing any one of its various units and country affiliates from procuring US technology. The paradox is that ZTE has far more obvious links to the Chinese government than Huawei does. Xi'an Microelectronics and Aerospace Guangyu, two of ZTE's main shareholders, are owned by the state. Huawei is owned by its employees, it insists.

The entire rationale for sprinkling Huawei's name throughout the pages of the Entity List is that its ties to the Chinese government make it dangerous, a potential conduit for cyberespionage. For that reason, Neophotonics, a small but critical US supplier of optical components, said any shipments to Huawei were "minimal" in the recent June-ending quarter. ZTE, though, was named as one of nine major clients with no such qualification.

Its omission from the Entity List means it can buy the all-important chips it needs for smartphones and network equipment from TSMC, a Taiwanese firm that dominates production of the most advanced components. Denied those chips and the use of American software, Huawei's smartphone business is quickly dying. Revenues this year are expected to plummet by $30 billion to $40 billion, from $50 billion in 2020. First-half device sales at ZTE, meanwhile, rose two-thirds year-on-year, to RMB12 billion ($1.9 billion).

While sales at ZTE's carrier business were unchanged over that period, it has recently landed several juicy 5G contracts with China's big service providers. A Chinese backlash against Ericsson, after Sweden's government banned Chinese vendors from its 5G market, has clearly benefited Huawei and ZTE. The two companies have managed to grow their combined share of work on China's 5G rollout between phase one last year and phase two in 2021.

ZTE has always had a relatively limited exposure to Western markets, deriving 67% of its revenues from China last year. The main risk to it is that American hawks go on the attack, demanding its re-inclusion on the Entity List. Its sick-bed experiences a few years ago show just how damaging that would be.