Mo Katibeh has left AT&T. That's noteworthy considering he was in charge of expanding AT&T's 5G and fiber networks.

In a release, Katibeh said he is joining RingCentral as its new chief operating officer, reporting to the company's CEO Vlad Shmunis.

"I'm thrilled to join the RingCentral team as they continue to shape the future of enterprise communications," Katibeh said in a release. "The way we work is forever changed. Hybrid workforces everywhere need access to a reliable, global and secure messaging, video, and phone solution, whether they are in the office, at home, or on the go. As one of RingCentral's first major go-to-market partners, I have seen firsthand how RingCentral delivers an incredible solution that's a fit for businesses of all sizes. I look forward to working with the team to build on RingCentral's core strengths of trust, innovation and partnerships to continue our leadership position in the exciting $100B+ cloud communications opportunity."

AT&T began selling RingCentral's services in 2013, and expanded its agreement with the company in 2018.

In a post on LinkedIn, Katibeh wrote that he decided to leave AT&T to take an opportunity "that I am extremely passionate about."

"The last 20 years have been an incredible period in my life. I've come to know so many fearless leaders, avid mentors and fierce friends. I've had amazing roles and teams that have challenged me. I met the love of my life, and had the privilege to become a father to 2 beautiful children," Katibeh wrote on LinkedIn this week. "After an incredible, humbling, twenty-year journey, this week will be my last at AT&T. ... The friendships and relationships that I've made over the last two decades here are a fundamental part of who I am. I know they will last the rest of my life. ... To the incredible teams that I've had the privilege to be a part of  cheers! I am so proud of what we have accomplished. Here's to the continuing journey and an extraordinary #LifeatATT" 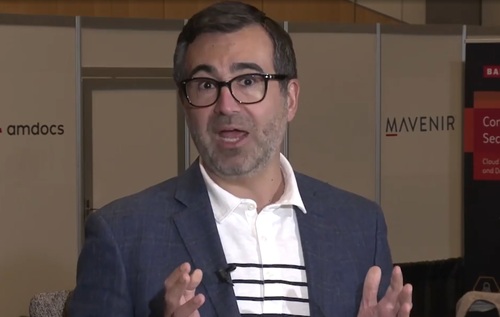 According to his LinkedIn profile, Katibeh started at AT&T in 2001 in network engineering. In 2017 he moved into the company's business division as its chief marketing officer and then its chief product and platform officer. In May of last year, Light Reading reported that Katibeh was put in charge of the operator's overall network infrastructure plan, design and build organization  Katibeh was basically in control of the operator's network-spending purse strings.

Katibeh's appointment at AT&T last year came at a critical time. The operator was in the midst of pulling out of the media and content industry in order to double down on its Internet connectivity business. Indeed, AT&T had just announced plans to build fiber to 3 million new customer locations in 2021 (a goal it reduced later in the year). In 5G, AT&T had just outlined a plan to spend $6 billion to $8 billion between 2022 and 2024 to deliver 5G services over its new midband C-band spectrum licenses. Katibeh was in charge of those network-buildout efforts.

Katibeh's departure is also noteworthy considering AT&T continues to rack up significant 5G customer gains. The company earlier this month reported the addition of 880,000 postpaid phone customers in the fourth quarter of 2021, ahead of T-Mobile.