The recent border dispute between India and China is likely to have a long-term impact on the presence of Chinese vendors in India. Recent media reports indicate that government officials have directed the service providers to avoid using Chinese equipment. 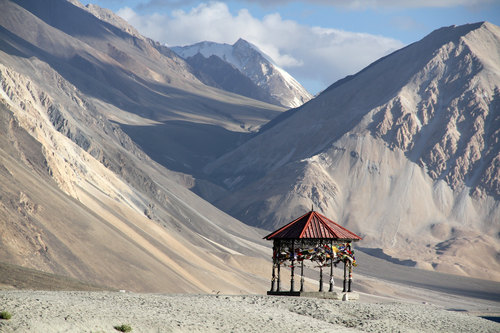 Skirmishes between the Chinese and Indian troops at the Ladakh border earlier this year led to the banning of 59 Chinese apps, including TikTok, Helo and Shareit, among others.

Unlike other nations, including the US, Australia and the UK, India is not expected to formally ban Chinese vendors, mainly because doing so might escalate problems between the two countries. Canada seems to have adopted a similar approach to India of not officially banning the Chinese vendors from the 5G market. The Canadian administration is delaying the decision regarding Huawei's presence in the country for so long that the telcos are left with no option but to go for other vendors.

Huawei has a massive presence here in India. Barring Reliance Jio, it is working with all the major telcos, including Bharti Airtel, Vodafone Idea and BSNL. The government has prohibited state-owned telcos, BSNL and MTNL, from using Chinese gear.

India's telcos are heavily dependent on Chinese gear to offer connectivity and data at rock bottom prices. They might be forced to pay more for the non-Chinese equipment, leading to an increase in the tariffs. This may give a competitive advantage to Jio, which continues to offer 4G services at lower rates even as it refrains from using Chinese equipment.

On the other hand, it might push Bharti Airtel and Vodafone Idea to demand an incentive from the Indian government for being forced to use non-Chinese equipment. This could help bring down the cost of 5G spectrum. Recently, India decided to allot spectrum to telcos to conduct 5G tests but only with non-Chinese vendors.

Further, there are indications that the telcos are already phasing out Chinese equipment from their networks. Bharti Airtel is reducing its dependence on Huawei. Recently it replaced Huawei in the Rajasthan circle (service area) with Ericsson. Airtel is also likely to move from Huawei to Ericsson in the Rest of Tamil Nadu circle. If that happens, Huawei will be present in just two circles for Airtel.

Apart from the administration adopting an anti-Chinese stance, Airtel might also be under pressure to go for non-Chinese vendors because its arch-rival Jio continues to gain political mileage by highlighting its free-from-Chinese-components network.

On the other hand, Vodafone Idea is likely to find it tougher to move away from the Chinese vendors mainly because it has a multi-year deal with them.