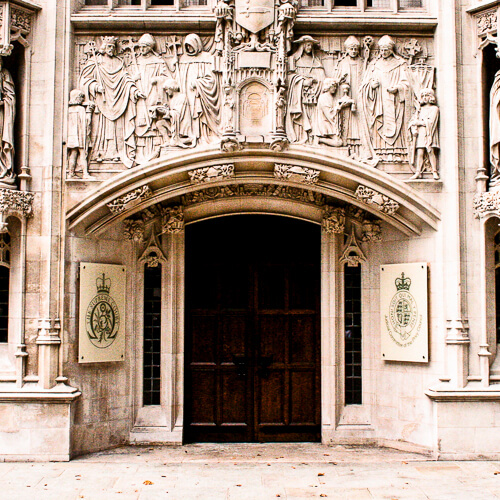 Holders of SEPs must agree to license their technology to third parties on Fair, Reasonable and Non-Discriminatory (FRAND) terms.

Most importantly, this ruling will enable SEP holders to insist that implementers, like Huawei, take out global licenses covering all of their portfolios.

If they fail to do this, they risk being subject to injunctions restricting their ability to access the UK market.

The practical effect is that implementers cannot insist on SEP holders proving their patents in every jurisdiction in the world, something which would be both practically and economically prohibitive for smaller companies.

Otherwise, as the Supreme Court observed, "implementers who were infringing the patents would have an incentive to continue infringing."

Home hub
As the UK looks for new meaning in a post-Brexit world, this decision places English courts as a potential hub for global patent litigation (being a civil case, the ruling only applies in England and Wales).

The ruling backed up previous decisions made by the lower courts, according to Law360.

The case was brought by US patent-licensing firm Unwired Planet International Ltd. against Chinese technology and telecoms giant Huawei.

The firm claimed Huawei had infringed six of its patents for multiple generations of mobile telecommunications technology, according to Law360, five of which have been established as SEPs with the European Telecommunications Standards Institute.

But Huawei maintains that because the court-determined license applies globally, it doesn't align with requirements that Unwired Planet license the patents on fair, reasonable and nondiscriminatory, or FRAND, terms when they were incorporated into the mobile device standards.

By 2017, the High Court had decided that two Unwired patents were valid and essential to the standards. So judges decided Huawei had no option other than to agree to global licensing terms set by the court.

The alternative was to be forced to stop selling products deemed to be infringing in the UK. This was upheld on appeal.

The Conversant Wireless Licensing cases were rolled in, and a joint hearing was held before the Supreme Court in October of 2019.

Both cases concern the licensing of patents essential to the international standards for 2G, 3G and 4G mobile telecommunications, namely SEPs. Apple, Ericsson and Qualcomm were also permitted to intervene in the appeals.

Under pressure
The principles decided by the Supreme Court will have a huge impact on the global licensing of telecoms standards, including 5G technology, going forward.

The ruling upholds the previous decisions of the High Court and Court of Appeal.

Firstly, in appropriate circumstances, UK courts have the power to require that a company, which intends to implement standard technology in the UK, enters into a worldwide portfolio license of a patent holder's SEPs.

Secondly, that the UK is an appropriate forum in which to determine those disputes.

The decision is likely to pile more pressure on Huawei, which is already facing having its technology removed from 5G in various jurisdictions including the UK, and a full-blown trade war with the US.

Initially though, Huawei will need to enter into a license with Unwired Planet, which the UK Patents Court previously decided was fair and reasonable, or risk being subject to an injunction restraining its further activities in the UK.