Ericsson had China to thank for revenue growth in its third quarter as profitability reached its highest level since 2006 despite a sales decline in some other regions.

Shares in the Swedish equipment vendor soared more than 7% in Stockholm this morning as it reported an extra 2.4 billion Swedish kronor ($280 million) in revenues from North East Asia, an increase of nearly 40% on the 2019 figure.

Executives said China had turned profitable just a few months after Ericsson landed a $593 million 5G contract with China Mobile, the world's biggest operator by customers, and secured major deals with China Telecom and China Unicom, the other two players. 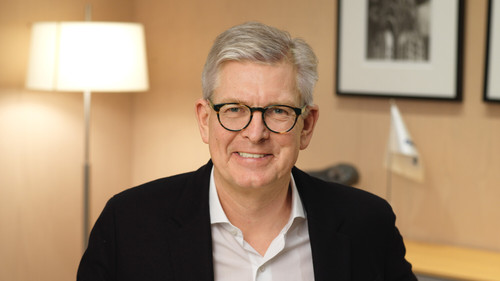 Although it has a small share of business next to Chinese rivals Huawei and ZTE, the sheer volume of work is paying off as Chinese operators race to put up basestations for new 5G services.

"We have been riding on the investments in China and there are likely to be more than 500,000 basestations by the end of the year in China launched on 5G and of course we are quite pleased to participate in that rather fundamental and quite strong rollout," said Fredrik Jejdling, the head of Ericsson's networks business, during an interview with Light Reading.

The update appeared to vindicate Ericsson's decision to compete aggressively for Chinese 5G contracts after it warned that profit margins would initially suffer before recovering in the second half of the year.

Its success seemed to come partly at the expense of Nokia, which failed to secure any 5G radio contracts earlier this year and subsequently confirmed it had quit China's 5G radio access network market.

All told, Ericsson's headline sales were up just 1% year-on-year for the third quarter, to SEK57.5 billion ($6.6 billion), although the growth was 7% when adjusted for currency effects.

That included a 13% like-for-like increase at the networks business, which accounted for about 73% of total sales and has continued its resurgence under the leadership of CEO Börje Ekholm.

Since taking over the firm in early 2017, Ekholm has sold underperforming assets and channeled investments into 5G research-and-development  a strategy that has led to a dramatic turnaround in Ericsson's fortunes.

It swung to a net profit of SEK5.6 billion ($640 million) for the recent quarter, after reporting a SEK6.9 billion ($790 million) loss a year earlier.

The margin profile is much improved, as well. Even with restructuring charges, Ericsson's gross margin rose to 43.1%, from 37.7% in the same part of 2019. Its closely tracked operating margin reached 15% after it had suffered a SEK4.2 billion operating loss in the year-earlier period.

With the latest results, Ericsson said it was confident of meeting its operating margin target of more than 10% this year.

Together with Nokia, its Finnish rival, Ericsson is expected to be a major beneficiary of the ongoing European backlash against Chinese vendors, which now threatens the survival of Huawei's networks business in many countries.

Ericsson is already replacing Huawei in networks operated by TDC in Denmark and Telia and Telenor in Norway. It was also recently selected by Three UK as a second 5G supplier following the British government's decision to restrict the role of Huawei, previously Three's only vendor, and ban it entirely in future.

But in what sounded like a dig at Nokia, Ekholm told analysts this morning that most recent growth in Europe had come at the expense of competitors other than Huawei and ZTE.

"Our investment in technology leadership has allowed us to continue to gain market share and it is worth mentioning that most of these gains come from non-Chinese competitors," he said during an earnings call.

"We are not winning due to the geopolitical situation. It is all about winning in front of the customer and delivering the best portfolio and most cost-competitive portfolio they can choose."

Not so cloud-native after all

While Ericsson does not break out European results, third-quarter revenues from network products were up 6% in North America, said Jejdling, despite a 3% drop in overall sales to North American customers.

Underperformance at the ailing digital services business was partly to blame for that shortfall and Ekholm admitted that Ericsson might struggle to hit profitability targets for that unit set for the current fiscal year.

"In the legacy portfolio, sales are falling faster than we previously expected," he said. "In order to combat this we have increased our investments in new cloud-native 5G portfolio and we are seeing a good win ratio, but it's also fair to say it has not yet generated any significant sales and therefore does simply not compensate for the fall in the legacy portfolio."

Ericsson's tiny emerging business division recorded about SEK1.6 billion ($18 million) in sales, roughly the same as a year earlier, but is likely to enjoy a boost from the pending $1.1 billion takeover of Cradlepoint, a US firm that sells wireless products to business customers.

After focusing heavily on the main networks business since 2017, Ekholm is now looking to the enterprise sector of the market for growth.

"That will drive demand for network equipment and for traffic into operator networks," he said. "That's going to benefit us, but we also look for standalone opportunities in there with good economics like the Cradlepoint acquisition that we think is a typical example of the type of use cases we will focus on."

Trading at more than SEK106 in Stockholm, Ericsson's share price is now at its highest level since 2015.