Ericsson's networks boss has downplayed the business impact of a Chinese factory closure prompted by the recent outbreak of coronavirus and defended his company's decision to withdraw from this year's Mobile World Congress (MWC) after an exodus of exhibitors led to the show's cancellation.

The Swedish vendor's Chinese factory in Nanjing reopened last week after it was forced to close, along with other manufacturing facilities in China, while authorities reacted to the outbreak of a disease that has now claimed nearly 1,800 lives and infected more than 70,000 people worldwide, according to the latest news reports.

"We reopened at 24:00 hours on Monday [February 10] and it has been running at capacity since then," said Fredrik Jejdling, who heads up Ericsson's largest business unit, during a conversation with Light Reading. "We have contingency plans and we don't now see any impact from this. As of now, we see it is recoverable." 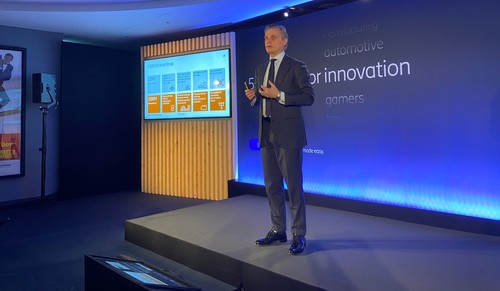 Ericsson responded to the coronavirus outbreak by ramping up production at its facility in Tallinn, Estonia, while the Nanjing factory was closed. Its contingency plans now include a "dual-supplier" strategy to ensure it can still obtain critical components if coronavirus causes further disruption.

"We can work through supply unless there are component issues driven by China, and there we typically have dual suppliers in any case," said Jejdling during an Ericsson analyst and media briefing event in London last week. "When you are in a state of emergency like that, it is difficult to predict exactly, but we think we can manage the situation."

The facilities in Nanjing and Tallinn today represent Ericsson's two main global manufacturing sites, but the company is now funneling investment into a third facility near Dallas that will serve customers in North America when it is operational.

The highly automated Texan factory employs just 100 people and Ericsson is introducing similarly advanced technologies into its European and Chinese plants in a bid to improve efficiency. Each factory has received about 500 million Swedish kronor ($52 million) in investments to support automation.

While Jejdling will not say what this could mean for employee numbers, Ericsson is targeting an operating margin of 12% to 14% in 2022, up from 9.7% last year (excluding restructuring and other charges), and expects its addressable market to grow at a compound annual rate of about 2% over this period. It has already shed about 12,000 jobs in the past two years, partly because of divestment activity.

Automation will change the composition of the workforce, according to Jejdling. "We are introducing a different profile of headcount," he said. "It is a bit less blue collar, but we create work in the white-collar segment. In the US, we will have new product introduction engineers for the millimeter wave radios we build there. There is a bit of a different profile from that in a standard manufacturing setup."

MWC fallout
Ericsson became the first major network equipment maker to pull out of this year's MWC on February 7: The event was canceled on February 12 after other big exhibitors and service provider attendees also withdrew.

Amid some criticism that its withdrawal caused a ripple effect, Jejdling defends the move on safety grounds and doubts Ericsson will be able to recoup its MWC investments. "Part of it might be recoverable and part of it not," he told Light Reading. "When we took the decision, we didn't look at cost but at responsibility toward personnel."

Under MWC terms and conditions, Ericsson may not qualify for a refund on its exhibition and attendance fees, unlike exhibitors that were still planning to be at the show when it was eventually canceled on February 12 by the GSM Association, which hosts the annual event in Barcelona.

But the hit is likely to be much softer for Ericsson  as a company that generated about $23.4 billion in revenues last year  than for any smaller exhibitors that also pulled out before MWC was canceled. Ericsson isn't saying how much money it stands to lose as a result of the show's cancellation.

As for the business impact of scrapping this year's MWC, Jejdling reckons a coronavirus outbreak at the show would have been much worse. "It is hard to say," he said, when asked what the event's cancellation meant for industry growth this year. "I think if we had gone and been affected the downside of that would have been far bigger."

In announcing its withdrawal, Ericsson said it would try to mitigate the marketing impact by holding more regional events this year where it will showcase products and technologies it had planned on demonstrating at MWC.

"It was not a decision we made lightly," said Stella Medlicott, Ericsson's chief marketing officer, at the company's London event last week. "MWC attracts 100,000 people plus and on the booth alone we have 10,000 visitors across four days. Although the risk was low, it was not a risk we felt we should take."

iainmorris 2/17/2020 | 12:25:53 PM
Correction This article orginally said Ericsson had invested $500 million in each of its Tallinn and Nanjing facilities. The correct amount is actually 500 million Swedish kronor, a considerably smaller sum. Apologies for the error, which has now been corrected.
Reply | Post Message | MESSAGES LIST | START A BOARD
EDUCATIONAL RESOURCES