Comcast has adjusted pricing on unlimited 5G plans in a way that shrinks the monthly fee as Xfinity Mobile customers tack on additional lines.

Comcast's previous 5G unlimited plan sold for $45 per month per line. Under the new model, the baseline price for one line stays at $45 per month but begins to drop as lines are added, down to $30 per month when customers take four lines. 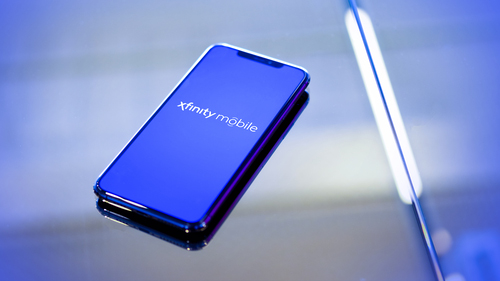 Comparisons aren't always apples to apples as some mobile packages bundle in perks or limit streaming to standard definition, but among some competitive examples, T-Mobile currently sells a set of unlimited plans, starting with an Essentials tier for one line at $60, and down to $30 per month with three lines. Verizon's "Start Unlimited" plan starts at $35 per month and bundles in six months of Disney+. AT&T's Unlimited Starter plan goes for $65 for one line, and drops down to $35 per line when customers take four lines.

Alongside its new 5G unlimited pricing structure, Comcast also announced a 5G-focused device promo. Starting in April, Xfinity Mobile customers can get a free Motorola One 5G Ace phone when they add a line  this applies to new customers that start service with one line or more, and to existing customers that add a line to their current plan. Motorola currenty sells that model, billed as having a two-day battery life, for $379.99.

It was not immediately clear if Xfinity Mobile's new unlimited pricing is a direct result of Comcast's revised MVNO agreement with Verizon, though executives have hinted that the new deal would lead to more flexible packaging options. Notably, the revised deal did open the door for Comcast to develop and launch a mobile service tailored to business customers.

Comcast will obviously use the new unlimited plans to help it attract new mobile customers. Comcast, which currently limits Xfinity Mobile to its cable broadband customers, ended 2020 with 2.82 million mobile lines in service. Comcast launched Xfinity Mobile in May 2017. Comcast also sells a batch of by-the-gigabyte pricing options: 1GB for $15; 3GB for $30 and 10GB for $60.

Alongside the Verizon MVNO, Comcast's mobile service also ties in access to the company's 20 million-plus Wi-Fi hotspots. Comcast is also exploring how it will deploy CBRS spectrum after winning some licensed spectrum last fall.

"It's not a must-do to achieve any element of our plan, but it's simply an option that we'll capitalize in the future, if and when we like the cost-benefit of it," Comcast CFO Mike Cavanagh said at the recent Deutsche Bank Media, Internet & Telecom Conference when asked about the company's CBRS plans. "We may not do it if we find the economics of staying on-network get better as time passes."

Cavanagh also suggested then that Comcast's mobile business was poised to reach profitability in 2021 "without any offload" benefits.