Charter's deployment of CBRS spectrum is at the very early stages, but its top exec already has some ideas about how the rollout will help the cable operator offset some of the costs of its MVNO deal with Verizon.

"I think over the long haul, meaning four or five years, it could be up to one third of our traffic that would currently be on an MVNO basis," Tom Rutledge, Charter's chairman and CEO, said on Charter's Q4 2020 earnings call. 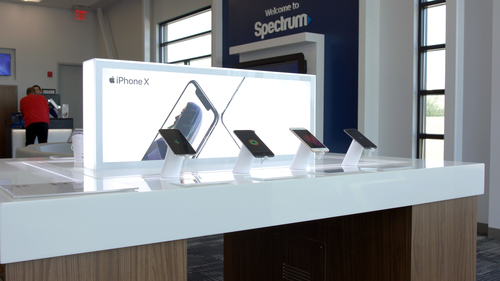 That's, of course, merely a guess at this point. Rutledge stressed that Charter's deployment of CBRS will be "opportunistic," focused on dense, high-traffic areas where the cable operator can get the most bang for the buck.

Charter estimates that 80% of all mobile traffic for its Spectrum Mobile subs is already delivered on its Wi-Fi network. While that's mostly focused on mobile device connectivity in the customer's home, the CBRS piece could reduce Charter's MVNO costs even further.

Charter spent $465 million for 210 CBRS priority access licenses in the recent auction. Charter also participated in the just-completed C-band auction, but winners aren't expected to be known for weeks.

"CBRS is just a tool, along with Wi-Fi, for us to improve that connectivity experience," Rutledge said. "We've looked at CBRS strictly as an incremental opportunity from a return on investment point of view to move traffic onto our network."

Charter, the exec said, will use both licensed and unlicensed CBRS spectrum to support a "targeted 5G small cell site strategy, with our HFC [hybrid fiber/coax] network providing power and backhaul."

The cable op's focus this year is to scale systems to actively manage traffic on handsets using Wi-Fi, CBRS and the cellular network through the MVNO deal.

It's not clear yet if Charter is among the first group of cable operators that will kick the tires on new technology developed at CableLabs called Intelligent Wireless Network Steering (IWiNS) that will enable mobile devices to seamlessly move across Wi-Fi, LTE and CBRS (and potentially C-band) connections on an application-by-application basis. But it would seem to be a good fit.

Charter has not announced how much it will spend on CBRS deployments this year, though those costs are already captured in the company's capex budget for the year. However, the CBRS piece of the capex earmarked for 2021 is expected to be non-material.

"I think it's going to be pretty small," Chris Winfrey, Charter's CFO, said of the expected CBRS investment for the year. "As it relates to 2022 as we scale the ROI [return-on-investment]-based deployment of the radio access networks, it will really just be based on the achievement of lower operating cost. We expect the paybacks on that to be relatively quick."

"In a complete sense, it's an opportunistic strategy," Rutledge added.

Mobile base grows to 2.32 million lines

Charter pulled in Q4 mobile revenues of $428 million, versus $236 million in the year-ago quarter. Mobile expenses in Q4 rose 40.5%, to $522 million, comprised of device costs, customer acquisition costs and service and operating costs.

Winfrey said Charter will avoid heavy smartphone subsidies to accelerate growth and will continue to use Spectrum Mobile to help drive broadband.

"We think there's so much in the mobile and broadband combined offer that there's not a need to go subsidize the handsets," he said. "Does that mean over time that could evolve? It could, given the value we create through that customer relationship, but it's not a focus for us. We don't think that in and of itself is a great business model."