C-band auction maps and charts: Who won what, where and how much

The C-band auction results are in, and now it's time to sift through the data.

First, and perhaps most importantly, T-Mobile as expected remains the operator with the largest overall spectrum holdings below 6GHz. 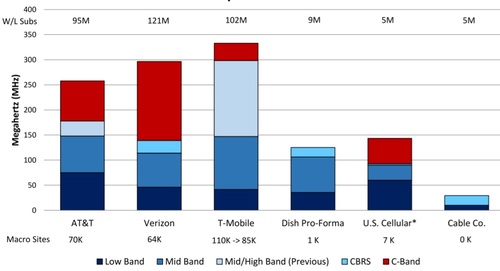 This is important because operators' network capacity and speed are directly related to the amount of spectrum they own. Even after spending $45.5 billion, Verizon will continue to play second fiddle to T-Mobile in terms of overall spectrum ownership below 6GHz.

Also, Verizon remains in the lead in millimeter wave (mmWave) spectrum ownership. Those bands are generally above 20GHz. 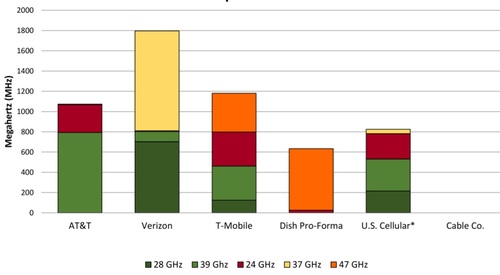 This chart shows the various mmWave spectrum band holdings of Verizon and other carriers. Click here for a larger version of this image.
(Source: Raymond James)

As for the C-band auction specifically, Verizon bid a total of $45.5 billion but will end up spending a total of $53.4 billion because it will also need to pay incumbent satellite operators like Intelsat and SES to clear out their existing operations from the C-band.

Here are the full details of operators' C-band spending, including their "per MHz-POP" calculations. The per MHz-POP figure indicates the amount of money spent on spectrum, the amount of spectrum available and the number of people that spectrum covers.

Verizon spent the most in the C-band auction, followed by AT&T and T-Mobile. Click here for a larger version of this image.
(Source: New Street Research)

But what exactly did each of the three big spenders  Verizon, AT&T and T-Mobile  acquire? These C-band maps show exactly which geographic licenses each operator purchased and how many of those licenses it acquired. 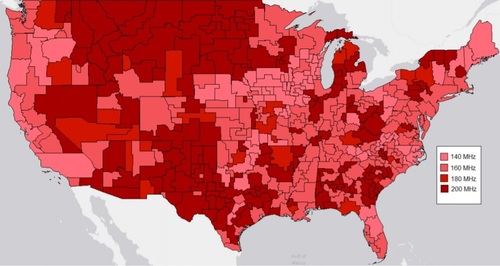 Click here for a larger version of this image.
(Source: MoffettNathanson)
Map of AT&T C-band purchases 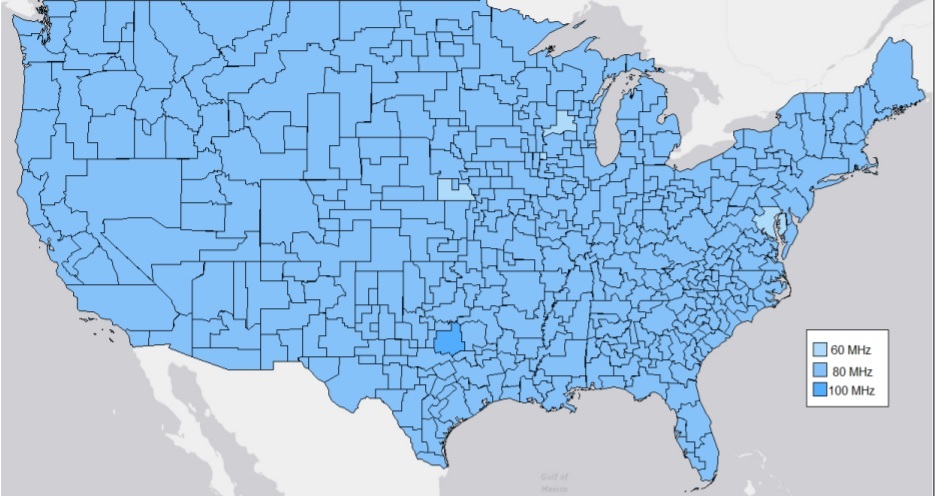 Click here for a larger version of this image.
(Source: MoffettNathanson)
Map of T-Mobile C-band purchases 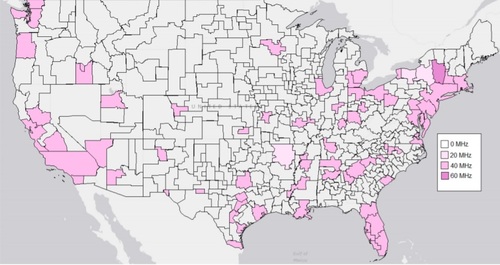 Click here for a larger version of this image.
(Source: MoffettNathanson) 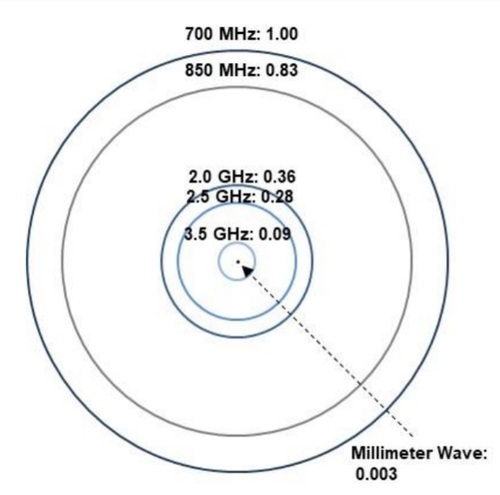 This chart shows how far a signal will travel, or propagate, in different spectrum bands without any interference from other signals or objects like buildings. Click here for a larger version of this image.
(Source: MoffettNathanson)

However, these propagation characteristics also mean that C-band winners like Verizon will need to light up far more transmission sites to cover the same geographic area with midband C-band spectrum than they would with lowband 700MHz spectrum. This is likely welcome news to cell tower and small cell owners like Crown Castle and American Tower.

Overall, though, the astounding, record-breaking $81 billion in total bids raised by the FCC's C-band auction helps highlight the value of this type of midband spectrum to 5G operators.