BT becomes first big telco to pull out of MWC21

The UK's BT has become the first Tier 1 service provider to confirm it will not be attending this year's Mobile World Congress because of enduring concerns about the COVID-19 virus that have already prompted Ericsson and Nokia, two of the show's biggest exhibitors, to withdraw.

Confirmation that BT will participate digitally but not in person at this year's event, delayed to June from its usual slot in late February, came directly from a BT spokesperson.

"After careful consideration, BT has decided that we will play an active role in the virtual elements of GSMA Mobile World Congress Barcelona 2021, but will not send delegates to the event in person this year," said the spokesperson by email. 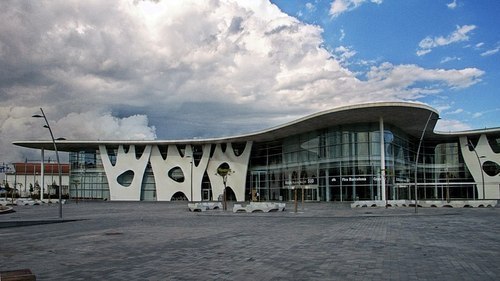 That follows the cancellations by Ericsson and Nokia earlier this week, with both equipment vendors issuing statements that cited health-and-safety concerns despite efforts by the GSM Association, the show organizer, to make the event as risk-free as possible.

Research company InterDigital, a much smaller exhibitor, has also confirmed to Light Reading that it will not attend MWC21, while Facebook, Oracle and Sony are also reported to have backed out.

The moves have stoked fears that 2021 could be a repeat of last year, when Ericsson's decision to withdraw started a domino effect that ultimately culminated in MWC's cancellation.

Far greater provision for online attendance this year may have inadvertently weakened the appetite for travel. As a result of the pandemic, many executives are also more comfortable holding Zoom calls and participating in webinars than they were in early 2020.

Exhibitors have had an opportunity to assess the costs and benefits of online versus physical events. "The things I've been able to do digitally with the money I've spent on a week in Barcelona have been eye-opening," says Patrick Van de Wille, InterDigital's chief communications officer.

While MWC normally hosts more than 100,000 visitors, the GSMA has been hoping for between 40,000 and 50,000 this year given the travel challenges faced by some organizations and the concerns of others.

It has acknowledged that travel restrictions, including rules introduced at the last minute, could prevent some people from attending the event.

BT's withdrawal is hardly a fatal blow to MWC. Unlike Deutsche Telekom, Orange and Telefónica, the big European telcos with massive stands, the UK operator has had a relatively small presence at the show in previous years.

The show was finally aborted in 2020 when the big service providers decided they would not be attending.

A decision about travelling is a difficult one for large corporations. While MWC can consume a big share of the marketing budget, and has been seen as a vital place for meeting clients and partners, any surge in infections linked to the June event could be devastating to company reputation.

The Verge has already drawn attention to the risks by running the headline "MWC insists on holding potential COVID-19 superspreader in Barcelona" for a story it wrote in February.

Ericsson noted that "vaccination programs" are still being rolled out globally in its own statement about withdrawing. Although the US, UK and several smaller countries have made good progress on vaccinations, Europe has lagged. The latest data is that around 326 million vaccine shots have now been administered globally, leaving billions still vulnerable to the disease.

Others, however, believe the risks are now small enough to justify travel, especially considering the GSMA's investment in testing facilities, temperature monitors and other health-and-safety features.

There was some good news for those still keen to attend in person today with the announcement from the GSMA that Ericsson's vast Hall 2 stand has been taken over by TelcoDR, a small consulting firm managed by former Optiva CEO Danielle Royston.

Her plan is to transform that stand into a showcase for public cloud companies, ranging from software startups to possibly AWS, Google Cloud and Microsoft Azure.

"There is a real appetite in the industry to connect people, industry and society, and TelcoDR's commitment to MWC Barcelona 2021 is proof of that," said John Hoffman, the GSMA's CEO, in a statement.