Few would have been more disappointed by the UK's latest traffic-light system for international travel than the GSM Association (GSMA). As the organizer of the Barcelona-based Mobile World Congress (MWC), it must have prayed for Spain's inclusion on the pathetically short "green" list.

Showing the sort of generous approach to civil liberties normally associated with former communist states, the British government permits travel to the 11 named places  which include such popular, accessible destinations as the South Sandwich Islands and Tristan da Cunha  and will not fine or jail you on your return. Alas, Spain is "amber," along with just about anywhere you might want to go.

Right now, amber means non-essential travel is prohibited. Whether MWC attendance really qualifies as essential probably depends on the ratio of alcohol consumption to work for any given attendee. In theory, however, no one is going for a jolly, and so Prime Minister Boris Johnson and his authoritarian cronies can possibly be persuaded. 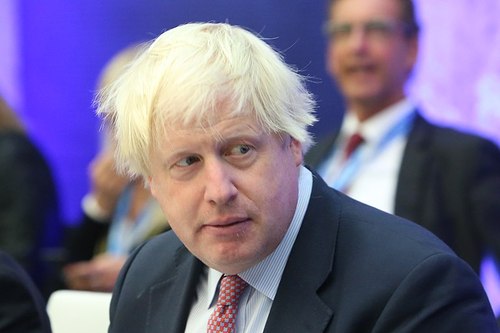 Non-essential travel is not the only amber restriction, however. Far more onerous for business travelers is a rule that requires them to enter a ten-day quarantine when they arrive back in Blighty. People who have been forced into their homes for much of 2020 and most of 2021 so far will not relish the prospect of another domestic imprisonment at the height of summer, however short the sentence.

The government's justification is that Brits still need protecting from COVID-19, even though just about everyone in the most vulnerable groups has been fully vaccinated against the virus. The Delta variant now sweeping through parts of the UK poses a greater risk than anything spotted on the Iberian Peninsula. Even that has not led to any significant increase in hospitalizations or deaths so far. In a country with about 140,000 hospital beds, roughly 950 are occupied by COVID-19 patients, down from 40,000 at the peak. Daily coronavirus fatalities have dropped from more than 1,000 at the start of the year to just 13. Considering that roughly 1,400 people will have died of other causes today, that figure is negligible.

The travel restrictions are a massive blow to the GSMA and its ambition of attracting up to 50,000 MWC visitors this year. In 2019, when the show last happened, there were more than 109,000 attendees and around 8% of them, or about 9,000, travelled from the UK. That Britain is so well-represented at the event should not come as a surprise. It is home to one of Europe's biggest service providers in Vodafone and its tech sector and talent are highly regarded elsewhere. If a physical MWC matters at all, the UK will miss out.

How badly depends on the appetite for travel among regular visitors. The withdrawal of major exhibitors and service providers, combined with online availability, will already have put some people off attending. But the quarantine rules are likely to be the next biggest deterrent  more so than any lingering concerns about health. Around one half of adults in the UK are now fully vaccinated, while three-quarters have had the first and most important dose.

The woefully incompetent, supposedly investor-friendly government appears terrified that new variants will lead to another spike in hospitalizations and deaths. While that can never be ruled out, the only options then would be permanent restrictions or a greater tolerance of risk, an acceptance of COVID-19 as an unfortunate part of life, rather like flu. Even if vaccines can be tweaked so they are more effective against variants, there will always be millions of less vulnerable people waiting for the latest booster. After a concerted push, the current vaccination program is still not finished more than six months in.

Johnson's critics come from across the political spectrum, but few would have reckoned that a self-proclaimed libertarian would morph into one of the UK's most authoritarian leaders in the democratic era. His policies have made a mess of the British economy, forcing businesses to close, and the worst is probably yet to come. Dropping his nonsensical rules on European travel would be a good way to start making amends, and it would provide at least a small boost for the GSMA.