Opponents of a security-led clampdown on Huawei have long argued that Ericsson and Nokia are just as likely to be conduits for Chinese spymasters. Both Nordic equipment makers operate and maintain factories within China. The singling out of Huawei ignores the labyrinthine complexity of the supply chain for telecom equipment  and China's role in this.

Those critics may feel vindicated after reports in the Australian press drew attention to links between Ericsson, a major supplier to Australian operators, and Panda, one of 20 Chinese companies recently named on a Pentagon blacklist. The 20 firms, which include Huawei as well as the state-backed telecom operators China Mobile and China Telecom, are either owned or controlled by China's military, according to the Pentagon.

Ericsson has certainly not tried to cover up its relationship with Panda. The Chinese company, which makes electronics equipment including mobile and satellite products, is named in the Swedish vendor's most recent annual report, although the single reference is as hard to spot as an actual panda in the wild. 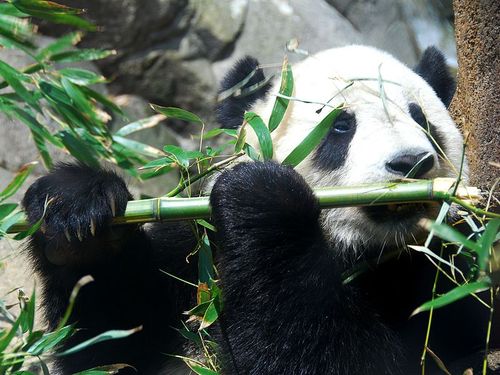 The Chinese company with the same name as the wild animal has a low profile in Ericsson's latest annual report.

Even so, what's clear from that reference is the existence of a Chinese subsidiary called Nanjing Ericsson Panda Communications, in which Ericsson holds a 51% stake and Nanjing Panda Electronics Company a 27% share. Nanjing, of course, was previously named as the location of one of Ericsson's main manufacturing sites, with the others in Lewisville (Texas) and the Estonian capital of Tallinn. In September, Ericsson finished up automating many of its Nanjing factory systems, a makeover that cost about 500 million Swedish kronor (US$53.8 million).

Panda received no mention in that update, but one from September 2012 celebrates Nanjing Ericsson Panda Communications as Ericsson's largest production and supply center, following 20 years of development. It was, said Ericsson, "one of the most important research and development bases in the world," in which Ericsson had invested more than 450 million Chinese yuan ($64 million, at today's exchange rate) in the preceding five years. Employing about 500 R&D engineers, it was focused at the time on 3G and 4G technologies.

Australian politicians are reportedly in a flap over the latest "revelations." Ed Husic, a member of the opposition Labor Party, told the Sydney Morning Herald last week that Australia had made a "very lazy assumption" about certain vendors, without doing proper due diligence. Australia is one of a small number of countries to have excluded Huawei from its 5G market on national security grounds.

Others will not be surprised. The Nordic equipment vendors play a limited role in China's telecom market and require local partners to function. In Ericsson's case, that is Panda. In Nokia's, it is China Huaxin Post and Telecom Technologies. Much like Ericsson, Nokia has a joint venture with Huaxin-branded Nokia Shanghai Bell, in which Nokia owns a 50% stake plus one additional share. It includes assets that previously belonged to Alcatel-Lucent Shanghai Bell, which Nokia acquired and renamed with its 15.6 billion ($17.6 billion, at today's exchange rate) takeover of Alcatel-Lucent in 2016.

While Huaxin does not appear on the Pentagon blacklist, its parent is China Reform Holdings, an investment and asset management firm owned by the Chinese state. It seems just as likely to be subject to government oversight and interference as Panda. Indeed, the idea that any company in China  whether privately owned or under official government control  can evade state scrutiny is naïve.

Ericsson, of course, insists there is nothing to worry about. "Ericsson's current assessment is that the joint-venture in China is not impacted since its operation and purpose are non-military and Ericsson is the majority owner, and in that sense in control of its operations," said an Ericsson spokesperson by email. Nor does Ericsson source any products from Panda, he added.

US authorities are unlikely to be as wary of Panda as the Australians. Ericsson set up its Lewisville factory last year to serve customers in North America. Thanks to heavy automation, it requires only about 100 employees, minimizing costs, and it supposedly ensures that goods intended for the US market do not have Chinese origins. The same cannot be said for Australia, to which Ericsson ships products made in China.

The solution might eventually turn out to be further investment in either Australia or another Asia-Pacific country to satisfy policymakers nervous about the China connection. If another Lewisville-like facility catered to a variety of markets, the set-up costs would be more justifiable. Notwithstanding the practicalities of that move, the ultimate question is whether products sold by Ericsson, Nokia and other non-Chinese equipment vendors can be guaranteed not to include Chinese components or knowhow. That may be a difficult one to answer.