With Wi-Fi 6E considered a technology prime for adoption by cable operators, CableLabs was part of a trio that took the new technology through its paces in a field test that delivered speeds in excess of 1 Gbit/s in certain scenarios.

It marks an early performance result for Wi-Fi 6E, an emerging part of the Wi-Fi 6 standard expected to support a wide range of use cases that are particularly attractive to cable operators and other broadband service providers. As an enhancement to Wi-Fi 6, WiFi 6E adds access to a swath of spectrum in the 6GHz band alongside traditional access in the 5GHz and 2.4GHz bands.

The Wireless Broadband Alliance announced the result this week in the wake of a field test conducted in tandem with CableLabs and Intel. The trial took place in a 3,600-square foot, two-story home with a basement and the drywall, wood and other materials typically found in a suburban house, they said. The field test itself involved Wi-Fi 6E-enabled laptops from Lenovo (a ThinkPad T14) and Dell (a Latitude E7450) equipped with Intel's Wi-Fi 6E AX2010 wireless cards connected to an Asus-made Wi-Fi 6E-capable access point. Performance results were collected from various locations in the two-story home. 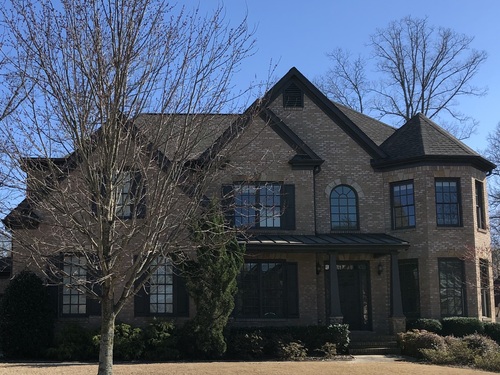 The field test was conducted in a 3,600-square foot, two-story home of a CableLabs employee. This is it.
(Image source: WBA)

The trial featured a range of tests on the downlink and uplink comparing throughput achieved on the 5GHz and 6GHz bands for wide channels (80MHz and 160MHz). CableLabs and Intel also analyzed the Wi-Fi 6E performance compared to Wi-Fi 6 on the 5GHz band in the presence of overlapping neighboring access points. 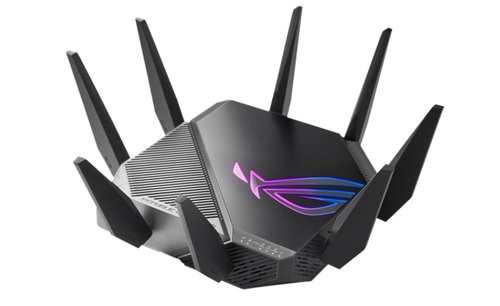 The cost of entry for WiFi 6E is a bit pricey in the early going. This ASUS 'ROG Rapture GT-AXE11000' tri-band Wi-Fi 6E gaming router will set you back $549.99, according to the supplier's MSRP.
(Image source: Asus)

The WBA tells Light Reading that the organization has a series of other Wi-Fi 6E trials underway. Those are coming together in the early stages of the Wi-Fi 6E market. There are dozens of Wi-Fi 6E devices already available, including several laptop and desktop PCs, smartphones (including the Samsung Galaxy S21 Ultra and Galaxy Z Fold 3 and Xiaomi Mi Mix 4), select routers from Asus, Netgear, Linksys and TP-Link, and a couple of smart TV models from Samsung and LG Electronics.

While more than 1.5 million Wi-Fi 6 chipsets are expected to ship in 2022, the number of 6GHz-enabled Wi-Fi 6E chipsets is forecast to nearly triple next year, according to ABI Research.

Cable operators and other service providers are already focusing on various use cases for Wi-Fi 6E.

Examples include new extenders that provide a 6GHz backhaul link that can free up capacity in the increasingly congested 5GHz band, putting 6GHz Wi-Fi in set-tops to offload video, or for app-specific services, such as online gaming or telemedicine, that require fast speeds and/or low latencies. More generally, the capabilities of Wi-Fi 6E will help to ensure that the home's router or access point does not serve as a bottleneck for gigabit-class residential and business services.

As recently described by Charles Cheevers, CTO, home networks, CommScope, Wi-Fi 6E is poised to provide "a new VIP lane" for gigabit speeds in the home.