Apple, which has faced criticism about its App Store fees, announced it will halve the commission small businesses pay to use the platform.

Businesses earning less than $1 million in 2020 will now need to pay 15% of the amount of their in-app purchases from the App Store to Apple, rather than 30%. The concession is the basis of Apple's App Store Small Business Program, which starts on January 1, 2021. 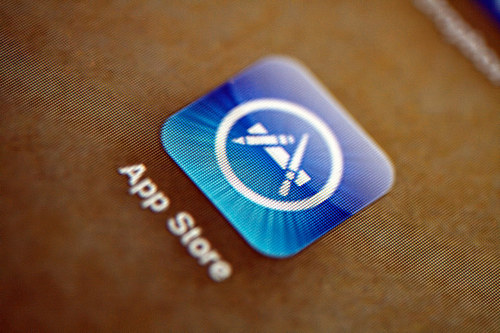 Apple said it was making the change in recognition of how "small and independent developers continue working to innovate and thrive during a period of unprecedented global economic challenge."

Apple has faced increased antitrust scrutiny, from regulators in Europe and the United States, as well as courtroom challenges from some of the App Store's biggest customers.

The makers of Fortnite, Epic Games, has made several legal challenges to Apple, including a lawsuit this week in Australia.

Epic Games has long complained about Apple's share of proceeds. In August, it was kicked off the App Store by bypassing its in-app payment methods for their own cheaper direct billing.

In the Australian case, Epic Games argues Apple misuses its market power with its control over in-app purchases, and its actions as a monopoly holder lessen competition in app development.

Since Apple's reduction targets smaller businesses, Epic Games will not benefit from the new move.

In September, Apple responded to this and other criticism by dropping its App Store fees until the end of the year for companies like AirBnB and ClassPass. These companies ordinarily operate in the brick-and-mortar economy but have pivoted online during COVID-19.

Companies like Amazon and Netflix sell video subscriptions and books through their websites rather than their iPhone apps, to avoid paying fees to Apple on the in-app purchases.

In September, Epic Games, Spotify, and Tinder's owners the Match Group, were among the founders of the Coalition for App Fairness.

These companies have criticized the "app tax" and called for "freedom of choice and fair competition across the app ecosystem."

Lawmakers and regulators have also been critical of Apple's App Store fees, with US House of Representatives antitrust committee chairman David Cicilline calling them "highway robbery" earlier this year.

In October, Apple warned investors in a filing that it faced regulatory pressure to reduce its commission in the App Store, and doing so would cause the Cupertino-based company's financial condition to be "materially adversely affected."

The App Store launched in 2008, and currently hosts 1.8 million apps, according to Apple, which says it is visited by a half billion people every week.

By hiving off small businesses, it seems, Tim Cook's company is hoping to buy a respite from regulators while still saving its revenue streams from the more epic-sized beasts like the makers of Fortnite.