Roku CEO: Streaming ad market is catching up to TV

Roku's advertising business continued to gain steam in the first quarter of 2021, as its Platforms business, which encompasses advertising along with OS licensing and subscription revenue sharing, hit $574.2 million in the period, a year-over-year jump of 101%.

Meanwhile, The Roku Channel, an aggregated streaming service that includes free, ad-supported content, now has access to about 70 million people, based on streaming devices with access to the offering.

Activity in that arena is rising as traditional TV ad dollars continue to seep into the streaming marketplace. 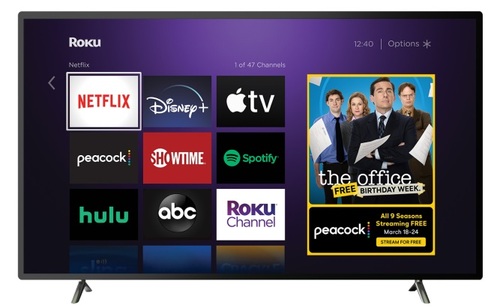 "If we look at advertising  we've said historically that the biggest impediment or governor of our ad business growth has been TV buyers' buying patterns that they traditionally tend to prefer traditional linear TV versus new things like streaming. And there's a gap there as viewers move over to streaming versus the ad dollars," Roku CEO Anthony Wood said on the company's May 6 Q1 2021 earnings call. "What we saw, I think, in the pandemic was that gap [has] started to close."

Roku, which recently raised about $1 billion of incremental equity capital, ended Q1 with about $2.1 billion of cash, cash equivalents, and short-term investments. That cash pile is expected to play a bigger role in Roku's strategy to expand further into original content. Following its recent acquisition of Quibi's content catalog, the streaming giant recently introduced its "Roku Originals" branding along with plans to debut 75 original programs on The Roku Channel in 2021.

Competition from all angles draw concerns for the long term

Roku is reaping the benefits of the decline of linear TV viewing, but some industry watchers are not yet ready to declare that the company will be among the long-term winners. They cite stiff competition and a possible consolidation of the industry as OTT and media players seek to drive more scale and cost efficiencies into their streaming businesses.

"If this were a less competitive market, we would be all-in on Roku's opportunity," Michael Nathanson, analyst with MoffettNathanson, explained in a research note. "The problem is that longer term, we remain unconvinced that Roku has built a large enough moat to keep competitors out of their business  and that is certainly more true outside the US."

And that competition, he points out, is coming from all angles  from OEM (original equipment manufacturing) platforms from TV makers such as Vizio and Samsung, to Amazon (Fire TV), Apple and Google. Meanwhile, Comcast is trying to make more noise with its X1 and Flex platforms, and exploring whether to start taking that technology out of its own cable network footprint and the network footprints of syndication partners such as Cox Communications.

And the lines between streaming platforms and content suppliers continue to get blurrier and messier. Although Roku is a clear leader on the platform side, it has also found itself in the middle of distribution battles with various SVoD and pay-TV service providers, including a current scrum pitting it against YouTube TV.