With Petrichor, Cable TV Gets a Cloud Upgrade

Much of the focus on virtualization in the cable industry centers on last-mile broadband delivery, essentially shunting legacy QAM video to the side and expending effort on moving broadband delivery functions -- the basics of connectivity -- that require specialized hardware into software that can be more easily and flexibly manipulated.

But what about those legacy video processes? How should cable operators be thinking about video beyond just the migration from QAM to IP? And what work is taking place not only to move to new software-based control systems, but also to rethink how video processes are implemented in a cloud-based environment? 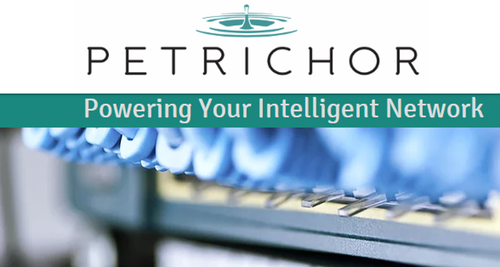 The startup Petrichor is trying to address these issues, and its executives believe their team is one of the first to work directly with cable operators down at the bit level to virtualize the full breadth of hardware-based cable video processing functions. These functions include video splicing, rate shaping, ad insertion, watermarking, scrambling, blackout control and video decoding. The goal in virtualizing them all -- rather than just creating a software version of each hardware function -- is to make use of the flexibility in computing resources and storage available in a cloud system to reduce space, power and cost requirements.

"To be clear, we're working at the bit level," explains Petrichor President John Carlucci, adding that, "We've seen others take their control layer software, their management software and start to move that into these cloud environments, which is a good thing to do. But perhaps the leap in imagination if we can call it that -- or the folly -- that we pursued was trying to do that with the bits themselves."

To break down exactly what Petrichor is doing requires a bit of context. For the last 15 years, if not more, the cable industry has relied on specialized rack unit devices often referred to as pizza boxes for managing things like rate shaping (i.e., optimizing video streams to fit more content into a finite 6 MHz channel of bandwidth) and localized ad insertion. Operators scale up their systems to offer more content by adding new pizza boxes, stacking them together in a cable chassis until the hardware rack looks like the common room of a freshman-year college dorm on a Friday night.

Unfortunately, like a college dorm, cable racks -- and the headends and hub sites that house them -- quickly bump up against their own real estate limits. This is particularly true now that video is moving toward more of a unicast model where many viewers are watching individualized on-demand video streams with ads tailored to a localized demographic if not to a single subscribing household.

In comparison to the pizza stack model, Petrichor offers the example of a trial it conducted with a tier-one cable MSO that wanted to add in new ad insertion zones in its southeast region. The operator had been using 28 rack units of equipment to handle ad insertion, a combination of ad servers and hardware to shape and splice video. Petrichor, however, combined all of those functions into a one-RU device for the add-on zones, and then added a second rack unit for redundancy purposes. Petrichor's head of product strategy S.V. Vasudevan (often referred to as Vasu) describes the solution as running on one tenth the rack space, at one third of the power and at one half the total cost of ownership of a traditional hardware-based ad insertion system.

The advantage of Petrichor's approach is not just about saving resources, however. It's also about giving operators more flexibility to manage their video services, and about simplifying the process by automating many of the functions that have traditionally had to be manually supplemented and configured through hardware.

"We can press a button and stand up a new processing instance. So if you compare that to a procurement process that requires the supplier to go order parts from his supplier," says Carlucci, it's a much simpler system.

Petrichor hasn't launched any products commercially yet, but its executive team has the advantage of knowing many of the movers and shakers in the cable industry, which is probably why the company's been successful at getting into MSO labs for trial activities. Both of the founders, Carlucci and head of development Bill Helms, had top jobs at Time Warner Cable several years back, and the team lists extensive experience in previous positions with several specialist vendor companies including Alticast Corp. , BigBand (acquired by Arris Group Inc. (Nasdaq: ARRS)), Cisco Systems Inc. (Nasdaq: CSCO) and Clearleap (acquired by IBM Corp. (NYSE: IBM)).

The cable industry is also still very early in the process of figuring out how it wants to virtualize video functions. Petrichor is hoping to help pave that path, working with operators to determine the best way to migrate legacy systems and to plug into all of the other technical innovations taking place both above and below Petrichor's technology in the video delivery chain.

Regarding virtualization and the cloud, "it's somewhat early days within the [cable] industry," explains Carlucci, "but it is less early in terms of the broad IT uptake," i.e. the use of cloud-based technologies in other IT sectors. "And so we're trying to keep an eye and an ear toward the broader IT happenings. Within the market you have VMWare, you have OpenStack, you have folks leveraging Docker to do some new things to take advantage of metal as a service."

And Petrichor wants to take advantage of and plug into these technologies where it can.

Petrichor is also working with industry R&D organization CableLabs , participating in the group's SDN/NFV Applications development Platform and Stack (SNAPS) project. The company doesn't see any value in trying to wall itself off from other technology advances. Indeed, Carlucci says of his fellow engineers in the cable space that he likes "to view it as we're going down the road together."

It will take that kind of collaborative effort to succeed in transforming cable video networks and to keep MSOs competitive in an increasingly crowded pay-TV market.