What Is Comcast Doing With VivaLiveTV?

Viva Entertainment Group, a little-known company that markets and sells a skinny-bundle OTT-TV service called VivaLiveTV, has apparently forged a content and technology services agreement with a division of Comcast.

According to an 8-K filing made by Viva Entertainment Group on November 28, the New York-based provider of subscription video streaming TV services has entered into "material definitive agreement" with Comcast Corp. (Nasdaq: CMCSA, CMCSK) that's to start in January 2019.

The specifics of the agreement are vague, but the filing notes that Viva Entertainment and its VivaLiveTV service will soon "begin working on content, logistical and other technological services provided solely by Comcast." 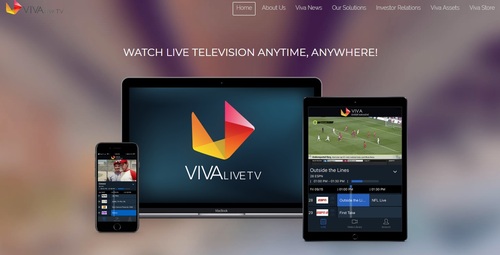 VivaLiveTV's 'Gold' package fetches $34.95 per month and features 150 channels, including feeds from broadcasters such as CBS, Fox, NBC, PBS and ABC. VivaLiveTV is adding DVR capabilities on Friday (December 21).

Viva Entertainment then lavishes some praise on Comcast: "We at Viva are extremely excited and honored with this affiliation. Comcasts open mind has added an element of excitement to the Viva family."

Per the filing, a joint press release about the agreement will be announced "in the near future."

"This partnership will help enhance our subscriber base in order to create more revenue," Viva's amended 8-K reads, and then refers back to the aforementioned joint press release, noting it's expected to come out in "early 2019." To me, that's an indication that it will be announced at next month's CES.

Both Comcast and Viva haven't commented beyond the information contained in the Viva filings. But if I had to guess, CTS will be playing a role in preparing and distributing the video feeds for Viva's OTT-TV service, though it's not clear to me if digital distribution rights to TV programming and other content will also be tied into any of this.

That Comcast Technology Solutions is working with an OTT video company is not all that extraordinary, given that the unit works with various programmers on multiscreen video streaming apps and services. But partnering with a virtual MVPD seems like a new business tangent for CTS. And if X1 syndication is involved, that would be even more interesting and surprising.

Next Page: Who is Viva Entertainment?

If you happened to catch what was being fed by the company's sorta strange official Twitter feed, you might be confused about the status of the agreement.

So, Viva published this tweet yesterday (Feb. 20), noting that "Comcast all of the sudden backed out. LOL"

Some, like me, took it to seriously mean that the deal was off. I know it definitely crossed my mind, given some of the toxicity surrounding Viva Entertainment's video content partner, Omniverse One World Television, which is being sued by ACE over alleged copyright infringement. Hey, maybe CTS got cold feet about the whole thing?  Plausible, right?

Alas, Viva's CEO reassured me that there's been no change in the status of the agreement with CTS, and it's still on.

And Viva's Twitter handle later clarified that, "Of course the deal with Comcast is on," alluding that the earlier tweet was in response to someone else claiming that the deal was off.  "Again no one is backing out of anything."  Ok, thanks for clearing that up for everyone who was confused about that first tweet and didn't get the seven-layers deep context of whatever the heck it was trying to convey to...who knows!?

Who operates like this? Good grief. Circus music  should be the theme song for the OTC marketplace.  JB

Jeff Baumgartner 12/21/2018 | 1:31:12 PM
Omniverse While there's no formal word on how VivaLiveTV's relationship wiht Omniverse will shakeout,  Falcones did tell me earlier in an email earlier that it's expected that he "won't have much do with with Omniverse" once the Comcast deal kicks in.

He also told FierceVideo that he'll exit the Omniverse deal if that's what Comcast wants. He also said it was Comcast that approached him.

Update: Falcones backed up the story, telling me that Comcast did reach out to them first, as they had been watching Viva for a year since they had a billboard up in Times Square in NYC, and that's how the relationship started. JB