French telecom incumbent Orange is cautiously eyeing a bigger role in the market for TV and video services with the establishment of a new content business that will spend about 100 million ($115 million) on developing its own series during the next five years.

The division, called Orange Content, will bring together various subsidiaries currently involved in developing or distributing content, including Orange Studio and OCS, which have previously led investments in cinema and TV services, as well as a television business called OPTV.

In parallel, the operator has also announced a new partnership with the Canal Plus pay-TV business that is owned by France's Vivendi conglomerate. As a result of that relationship, Orange's fiber broadband customers will soon be able to receive TV channels from Canal Plus. Although details of pricing are unavailable, customers would previously have had to purchase those TV services directly from Canal Plus.

The strategy seems partly a response to more aggressive content moves by cable rival Altice, which has secured exclusive rights in France to screen top-flight soccer matches and which owns the Numericable-SFR business that still claims the number two spot in France's communications market.

It also comes amid the growing challenge to traditional TV offerings from the online video businesses of Amazon.com Inc. (Nasdaq: AMZN) and Netflix Inc. (Nasdaq: NFLX), which are investing billions of dollars in content development.

Orange's five-year commitment of 100 million ($115 million) on series development is unlikely to worry the web-scale giants but could lead to more ambitious moves if early efforts pay off.

But it also reflects some wariness at a senior level about making a major commitment to content production or entering costly bids for sports rights.

Asked at a press briefing in May if Orange (NYSE: FTE) would become more involved in producing its own content, CFO Ramon Fernandez said: "It is an area we are working in without getting into a game that is going to be costly  It does not mean there is a case to pay extremely high prices for products that are not necessarily making the difference." 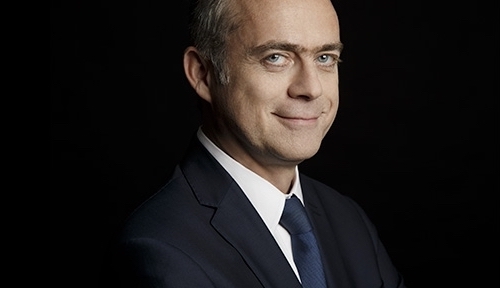 Fernandez also appeared to criticize the sports-bidding activities of Altice while ruling out similar moves by Orange. "In the French market there is one actor which is being extremely aggressive and that is leading to a steep increase in prices that we think is not very wise. We are not going to participate in this," he said.

Orange Content will be led by David Kessler, the head of Orange Studio, and another Orange executive, Serge Laroye. They will report directly to Group CEO Stephane Richard.

The new division will identify new content opportunities for the Group and be responsible for acquiring any necessary rights. It will also take charge of developing Orange's own production and publishing unit and assess proposals for new content moves.

Its other role will be to monitor the financial performance of content businesses across Orange's various geographical markets.

In May, Fernandez said Orange would need to keep a close eye on financial results in the months and years ahead when deciding on future content moves.

While Fernandez admits he is "skeptical" that a more ambitious content production strategy would pay off, Orange evidently feels it must do more than simply form partnerships with other content distributors.

But its most attention-grabbing moves so far have been on the partnership front. Besides the collaboration with Vivendi, it struck a deal earlier this year to become the exclusive distributor in France of content from US broadcaster HBO.

Notably, Orange's 100 million ($115 million) spending commitment is less than the 179 million ($206 million) that OCS said it would spend over a five-year period on "French and European cinema" back in late 2013.

Europe's big operators have taken markedly different approaches to their content strategies. While Orange's Fernandez has turned up his nose at major investments in sports rights, the UK's BT Group plc (NYSE: BT; London: BTA) -- in which Orange recently sold down an ownership stake -- has been competing with pay-TV giant Sky for expensive soccer rights. (See Orange Cuts BT Stake Amid Concern About UK Outlook and BT Splashes $1.5B to Beat Sky in Latest Soccer Rights Battle.)

Internationally, the boldest move has come from US telco giant AT&T Inc. (NYSE: T), which hopes to acquire the Time Warner Inc. (NYSE: TWX) media empire in an $85 billion takeover, should regulators consent to the deal.

AT&T reckons that ownership of the premium content watched on smartphones, tablets and other connected devices will help it to attract customers and give it a big advantage over rival operators such as Verizon Communications Inc. (NYSE: VZ) (See AT&T's $85B Time Warner Takeover Is a Media Game Changer.)

Should that deal go ahead, France's Orange is likely to be one telco watching the impact on AT&T's business with considerable interest.