Quibi's stated purpose -- to fill the odd moments in the day with premium-level, short-form video when consumers are sitting in a doctor's waiting room or waiting to put in an order at Starbucks -- simply won't fly, a top industry analyst says.

Though Quibi's focus on premium content tailored for the smartphone differentiates itself from other streaming video services, that's not Quibi's primary competition. Rather, it's going to be the likes of free social media services such as Facebook, TikTok, Twitter, Instagram and Snapchat.

"Those slots are already filled by socials," Colin Dixon, founder and chief analyst at nScreenMedia, says, when asked this week about the prospects for Quibi, a service that will launch April 6 for $4.99 per month with ads and $7.99 for an ad-free tier.

"It's in those [spare] moments when we turn to our phones and see there's notifications from the social sites sucking us back in," Dixon said. "Can they get people to go to Quibi versus those social sites? It's going to be incredibly hard because you have to pay for Quibi and you don't pay for social." 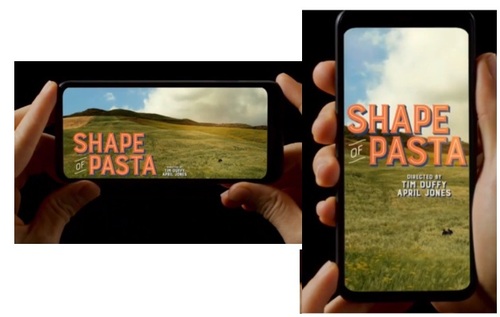 Using a new 'Turnstyle' technology, Quibi says it's service is optimized for smartphones and will open up new storytelling techniques by retaining a full-screen image as the viewer changes the orientation of the device from portrait mode to landscape mode and vice versa.

While Quibi has an interesting slate of high-quality content on tap, including news snapshots and TV shows, plenty of that kind of content is also available for free elsewhere, he adds.

Dixon also believes that Quibi is making a mistake by not offering a frictionless, totally free option that is completely underpinned by advertising. And he believes Quibi's initial plan not to offer its short-form fare on connected TV platforms is another stumble, already made by Verizon's failed Go90 service, which was also focused on mobile but free and completely ad-supported, Dixon believes.

"I think they [Quibi] will walk all of that back fairly quickly after they release the service," he said.

Financial risks
But Quibi also faces other challenges, long-term solvency among them.

Quibi has raised about $1.4 billion, which would seemingly give it a long financial runway. But the startup will likewise be spending heavily as it pushes ahead with a plan to offer 175 shows (and about 8,500 individual episodes) in its first year, including about three hours of original short-form content each day.

Quibi could burn through its funding pile in year one, according to a report from The Information citing projections the startup issued at one point last year. The report said one of Quibi's projections saw the startup spending about $1.5 billion on content and marketing in the first year after launch, citing people familiar with Quibi's internal financials.

Quibi is also expecting to pull down 7.5 million subs in the US a year after launch, aided in part to the promotion with T-Mobile, and rise to 16 million by its third year, the report added, citing people familiar with the company's projections.

So, does Quibi stand a chance long term?

Dixon believes Quibi is in jeopardy of going the way of the failed Go90 service, but allows that "we've not seen a premium offering like this before."

Mobile video consumption reaches a 'tipping point'
If content is one thing that Quibi will have going for it, another is the rate at which consumers are gravitating to smartphones to watch online video.

According to the "State of Online Video Report 2019" from Limelight Networks, the smartphone, for the first time, became the top device consumers used for online video viewing last year, followed by PCs and laptops. The latest results, based on consumer panels from eight countries and 5,000 total responses, shows that video consumption has indeed reached a "tipping point," says Mike Milligan, senior director of product & solution marketing at Limelight.

Despite competing for consumer time against popular social media services, Quibi also will have to fend off subscription fatigue. US consumers subscribe to an average of 1.7 such services, and only 5% take four services and 3% subscribe to five or more, according to Limelight's survey.

The data also showed that price is also the most important factor consumers weigh for those subscription services. That has likewise played a role in the growing popularity of free, ad-based services or options from Tubi, Pluto TV, Xumo, Amazon (via IMDb TV) and even Vudu. Peacock, NBCU's OTT service debuting in April, is also expected to offer a free, ad-supported option -- NBCU is expected to shed more light on Peacock's pricing and packaging options on Thursday (January 16).

Like what we have to say? Click here to sign up to our daily newsletter
Related Stories
COMMENTS
Newest First | Oldest First | Threaded View
Add Comment
Be the first to post a comment regarding this story.
EDUCATIONAL RESOURCES
sponsor supplied content
The VOD Factor
Just You, Me and the TV: Shifting to a Direct Customer Relationship Model
Video to the CDNth Degree: Multi-CDN Delivery Optimized for Big Video
Educational Resources Archive
More Blogs from The Bauminator
Peacock gets into a sporting mood

More live sports could head to the NBCU's fledgling streaming service and help to fulfill its vision as a 'next-generation broadcast network' following the coming shutdown of the NBCSN sports net.