Ever since the mobile Internet became a reality in the early years of this century, telcos have been losing ground to Internet players. Efforts to claw back some of that territory have nearly always failed. Yet the latest salvo by the world's seventh-biggest operator stands a better chance than most.

Counting Russia as its largest market, VEON today has nearly a quarter of a billion customers spread across Europe, Africa and Asia. From a telco perspective, its subscriber base is about as diverse as they come, comprising a multitude of languages, socio-economic groups and cultural norms. But VEON now hopes to combine its experience and understanding of local circumstances with a global, Facebook-like approach to addressing its customers.

That starts with the name. Having previously been known as VimpelCom, and used various brands across its global operations (such as Beeline in Russia), the company renamed itself VEON earlier this year. It is now phasing out monikers that do not support this "mono-brand" strategy. The sale last month of its stake in Euroset, a retail joint venture in Russia with its MegaFon telco rival, plays into this approach. (See Eurobites: VEON Q2 Hit by Italian JV Losses.)

In the Digital Spotlight 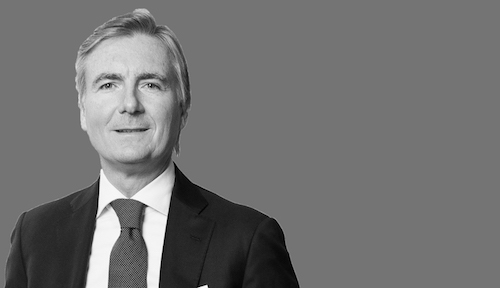 But the VEON renaming is much more than just a branding exercise. It has been accompanied by the launch of a new digital platform: Once customers have downloaded the requisite app to their devices, they can access services from VEON as well as content partners like MasterCard and drinks company Red Bull. The short-term idea is to boost subscriber loyalty through better digital engagement with customers. But a VEON spokesperson confirms that revenue-sharing agreements with content partners are already active. The hope is that such tie-ups can become a major source of sales growth in the long term. (See VimpelCom to Pioneer 'Multivendor' NFV; Downbeat on 5G.)

Scoff though naysayers undoubtedly will, VEON's digital overhaul merits attention for several reasons. First and foremost, while digital transformation is often a behind-the-scenes activity that C-level executives seem barely to notice, this one is evidently a strategic priority. Addressing analysts during an earnings call last week, CEO Jean-Yves Charlier made it the number one item in his presentation. The objective, he said, was to "revolutionize the personal Internet experience for customers with the creation of the VEON platform," according to this Seeking Alpha transcript.

Similarly, the scale and scope of the overhaul go far beyond what most telcos have previously attempted. In principle, the app is now available to about 134 million of VEON's own customers using Apple Inc. (Nasdaq: AAPL) or Google (Nasdaq: GOOG) Android devices. While most of those customers cannot yet enjoy the full benefits, VEON has integrated the platform with its core systems for self-care, text messaging and telephony in five of its 14 markets -- Georgia, Italy, Pakistan, Russia and Ukraine. A "hard" launch is planned for September, and the bells-and-whistles version should be available across VEON's entire global footprint by the end of the year.

The name VEON I'm not sure about. Maybe it will grow on me, like Orange, EE, O2, or Verizon. For now, it sounds like a private equity fund or a privatized utility company.
Reply | Post Message | MESSAGES LIST | START A BOARD

James_B_Crawshaw 8/7/2017 | 6:25:14 PM
I hate to scoff but ... I wish Veon every success with this initiative. If they pull it off they will become a case study for telco transformation. However, this new app of theirs appears to have been downloaded less than 50k times according to the Google Playstore. That compares with Vodafone UK (a much smaller footprint that Veon's) 1m plus downloads. Early days perhaps but the Veon app doesn't event appear in the top 50 free apps for Android or iPhone in Russia according to App Annie.