AT&T in trouble with SEC over analyst relations

The pattern is familiar. A company reports seemingly acceptable numbers and its share price does an odd lurch on the stock exchange  all because it missed analyst expectations.

With the influence they wield, equity analysts have the power to wipe billions of dollars off a company's market value in the time it takes to read the first sentence of an earnings report. That explains why they are vigorously courted by the organizations they cover.

In the case of AT&T, a little too vigorously, perhaps. The giant US telco stands accused by the US Securities and Exchange Commission (SEC)  a financial watchdog made famous by movies like Wall Street  of trying to prevent a slump in its share price through illegal exchanges with analysts.

They are said to have happened in March 2016, when AT&T realized its first-quarter revenues were about to miss analyst estimates because of a shortfall in smartphone sales.

In response, three members of AT&T's investor relations team  Christopher Womack, Michael Black and Kent Evans  are alleged to have made one-on-one phone calls to analysts at 20 separate firms.

During those calls, the AT&T employees disclosed smartphone sales data and other financial metrics in breach of financial regulations, says the SEC. 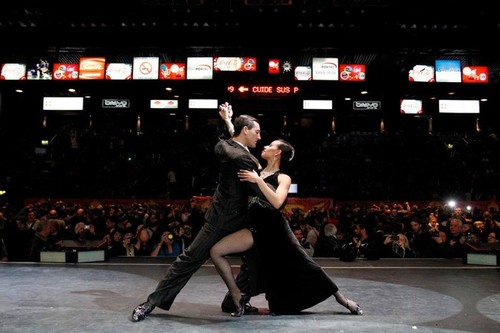 The dance between companies and their analysts is closely monitored by judges.

The upshot was that analysts made hefty reductions to their revenue forecasts for AT&T, according to the SEC charge sheet. When AT&T eventually published results, its sales actually beat the consensus estimate.

Information disclosed to the analysts would be classed as "material" to AT&T investors and is therefore "prohibited from selective disclosure under Regulation FD," writes the SEC in a statement published late last week.

"Regulation FD levels the playing field by requiring that issuers disclosing material information do so broadly to the investing public, not just to select analysts," said Richard Best, the director of the SEC's New York Regional Office.

"AT&T's alleged selective disclosure of material information in private phone calls with analysts is precisely the type of conduct Regulation FD was designed to prevent."

The allegations raise questions about the conduct of senior bosses, including even John Stephens, its chief financial officer, who is retiring this month. It is improbable that Womack, Black and Evans would have acted in such a coordinated way unless instructions filtered down from on high.

And that is entirely what happened, according to the details of the SEC complaint against AT&T.

"Fearful of a revenue miss at the end of the quarter, AT&T's chief financial officer instructed AT&T's IR [investor relations] department to 'work the analysts who still have equipment revenue too high,'" it reads.

AT&T has refuted the charges in a statement.

"Not only did AT&T publicly disclose this trend on multiple occasions before the analyst calls in question, but AT&T also made clear that the declining phone sales had no material impact on its earnings," it said.

It goes on to emphasize that "smartphone sales were immaterial to the company's earnings."

The latter remark does seem valid in the context of AT&T's top-line performance.

A glance at its historical SEC filings shows that overall revenues grew more than 24% during the quarter in question, to about $40.5 billion. Equipment revenues did fall by 5%, but they accounted for just 8% of the total. The bulk, as always, came from services.

The issue, then, might come down to whether information AT&T provided really was "material" to investors. The SEC implies the core data was about smartphone sales, which make up less than a tenth of revenues. It is hard to see how this would have prompted analysts to "substantially" reduce their revenue forecasts.

How this one will play out is unclear, but it does shine a spotlight on the peculiar dance between analysts and the companies they track.

Any operator is used to holding analysts in a close embrace and would probably insist that is in the interests of transparency. But leaning too heavily on analysts is bound to worry the judges and attract scrutiny. The balance seems delicate.

AT&T obviously wants the investment community to form the impression that SEC meddling will upset this balance beyond repair.

"The SEC's pursuit of this matter will not protect investors and instead will only serve to chill productive communications between companies and analysts, something the FCC was worried about when it adopted Regulation FD some 20 years ago," says the operator in its statement.

"Unfortunately, this case will only create a climate of uncertainty among public companies and the analysts who cover them," it adds.