One of the striking things about Google – or Alphabet as it prefers to call itself for results purposes – is just how little it makes from the cloud. OK, revenues of $6.3 billion in a single quarter are even more than Ericsson generates in three months from selling network equipment. They are also 35% more than Google reported a year earlier. But they are only 9% of Google's total revenues. Make no mistake, this is still a search engine whose other ventures have not really paid off.

Even more so if one looks at those all-important profitability metrics. Google Cloud is effectively subsidized by search-engine advertising dollars, running up an $858 million operating loss in the just-ended second quarter. That the loss widened from $591 million a year earlier is remarkable considering the year-on-year rate of sales growth.

Google is routinely included in the trio of dominant public clouds, but it's the less successful rival to Amazon, the market leader, and Microsoft. While the former does not report its end-of-June results until later in the week, AWS, its cloud unit, made even more in operating income for the end-of-March quarter than Google did in sales for the more recent one – about $6.5 billion – and as much as $18.4 billion in sales. 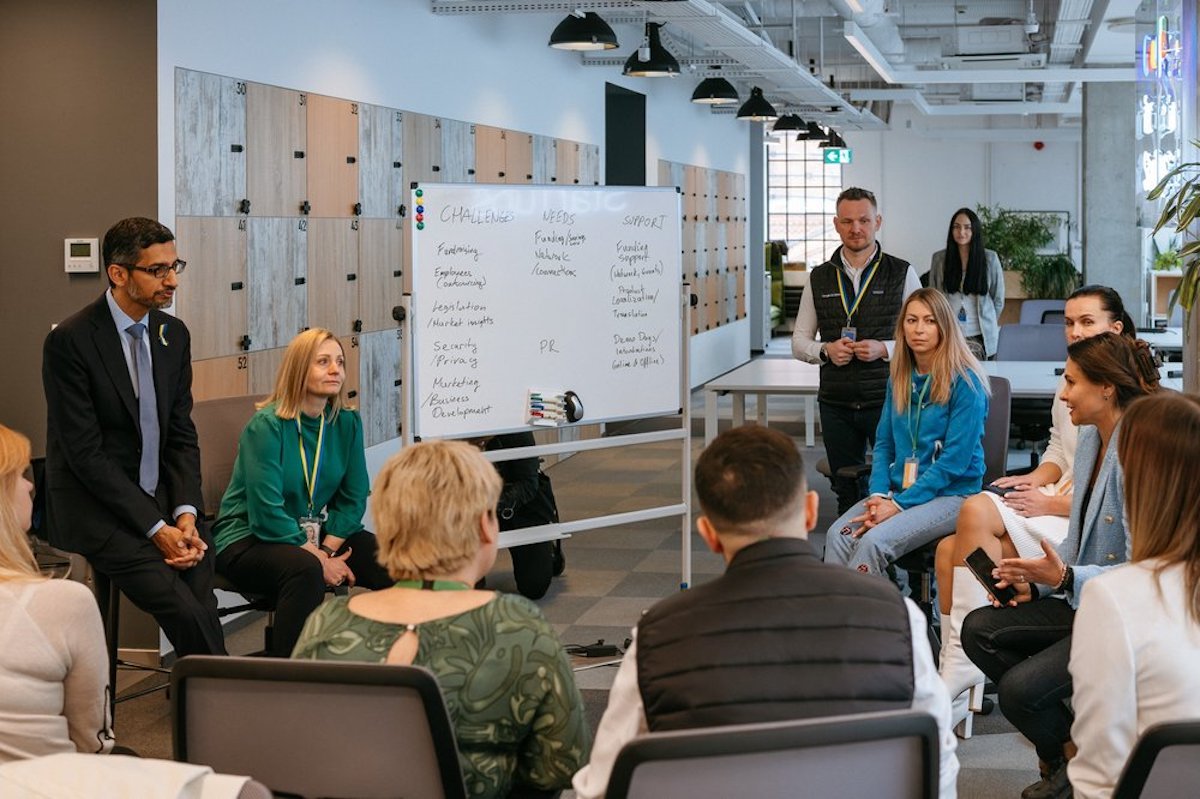 Microsoft is hard to compare, simply because it lumps so many things into its "cloud" results that are not strictly about the public cloud. Nevertheless, at the Intelligent Cloud unit that includes Azure (its AWS equivalent), revenues came in at $20.9 billion for the end-of-June quarter, up a fifth year-on-year, while operating income rose 11%, to nearly $8.9 billion.

Life does not look as if it is about to get any easier for Google, either. Rohit Kulkarni, an analyst with MKM Partners, observes in a research note that Google Cloud's year-on-year rate of sales growth has slowed from 44% for the end-of-March quarter. He blames tougher competition for that slowdown. Operating losses have steadily increased because Google's bosses are "prioritizing growth over marginal profitability," said Kulkarni.

"We'll continue to invest in areas like AI, search and cloud, and we'll do it responsibly and in a way that is responsive to the current environment," said Sundar Pichai, Google's CEO, on this week's earnings call with analysts. "Earlier this month, I announced that we'll be slowing our hiring and sharpening our focus as a company. We are focused on hiring engineering, technical and other critical roles."

For all the talk of a slowdown in recruitment, Google ended June with exactly 174,014 employees, according to its earnings release, an increase of 10,108 in just three months. The deterioration in margins implies "heavy hiring" at the cloud unit, according to Kulkarni. This will not be inexpensive if Google wants top talent – as it presumably does – and other companies are also on the prowl for software expertise.

They worryingly include Microsoft. Much like Google, Seattle's most famous export (besides Starbucks coffee) saw weaker profitability at its cloud business, with the operating margin for Intelligent Cloud shrinking to 41.5% from about 45% a year earlier. "Total company headcount is expected to continue to grow, with 11,000 hires expected to start in Q1 [Microsoft's fiscal year starts in July], primarily in cloud engineering, LinkedIn, customer deployment and commercial sales," said Amy Hood, Microsoft's chief financial officer.

Despite concern about the economic environment, Big Tech companies are hardly in fiscal trouble. This war for software talent against Microsoft (and probably Amazon, whose small-country-sized workforce grew by 310,000 employees last year to more than 1.6 million) is one Google can afford, with its quarterly profit of $16 billion and nearly $140 billion in cash, cash equivalents and marketable securities on its balance sheet at the end of June.

The companies that will struggle to afford it are those outside Big Tech suddenly desperate to add software professionals to the payroll. Among them are telcos like BT and Vodafone, searching the planet for pools of relatively low-cost expertise, hoping a more Google-like workforce will save them. "The US is the worst to hire in – salaries are higher," said Johan Wibergh, Vodafone's chief technology officer, at a recent press briefing. "We also recruit in European countries, and it is a tight labor market."

Unless regulators helpfully intervene, the only real chances for BT, Vodafone and others lie in retraining existing staff or identifying talent sources that Big Tech is ignoring. Because when a big dog and a small dog target the same plate of meat, the small dog usually goes hungry.