If Intel's shareholders were asked to rate CEO Pat Gelsinger on his first 18 months in charge, like schoolteachers writing a pupil's report card, he would probably score well on enthusiasm and effort but disastrously on execution and results.

The former VMware boss is determined to restore a reputation for technological wizardry sullied by product delays and a loss of ground to rivals like AMD.

He is also investing billions to establish Intel as a major foundry, a contract chipmaker with the muscle to challenge Samsung and TSMC. After publishing a dreadful set of results, Gelsinger had to admit that plenty is going wrong.

There was not a single bright point in the company's headline numbers for the second quarter that ended in June.

Sales dropped 22%, to $15.3 billion, compared with the year-earlier quarter. Intel's gross margin shrivelled an alarming 20.6 percentage points, to 36.5%. After recording a $5.1 billion net profit for the second quarter this time last year, Intel sheepishly owned up to a $500 million loss. In early morning trading on the Nasdaq, its share price was down a tenth. 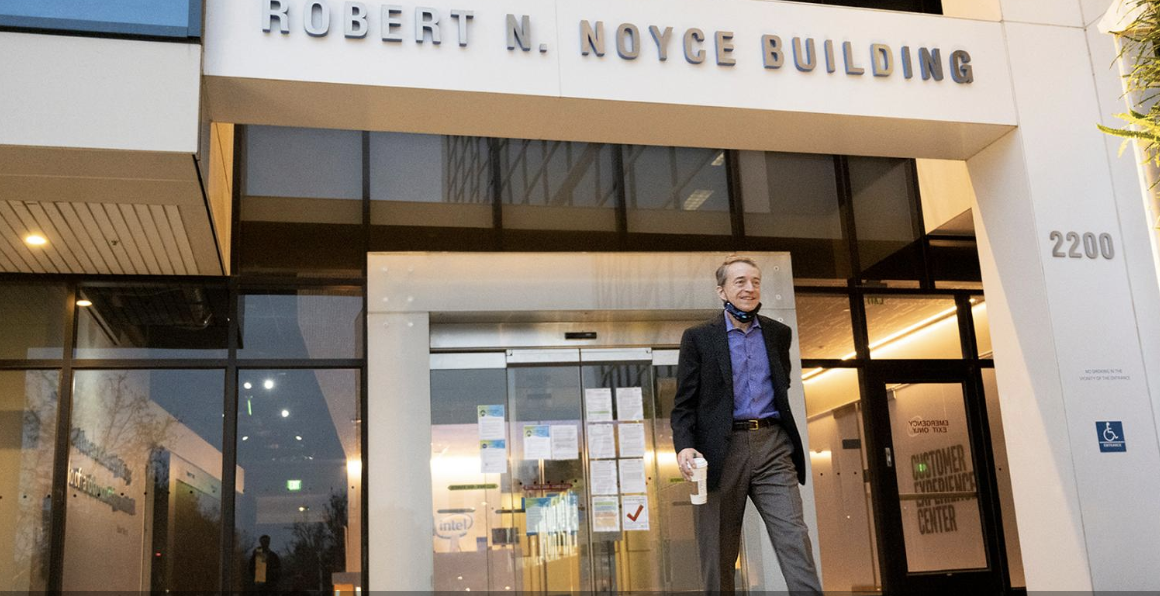 Intel wants to lay most of the blame on a "sudden and rapid decline in economic activity" that badly hurt its computing and data center units.

But analysts, apparently upset there was no profit warning, were not entirely buying the explanation.

"I can understand the PC market being weak, but for data center to be almost 25% below expectations – that seems very strange to me," said Vivek Arya, a Bank of America Merrill Lynch analyst, on Intel's earnings call.

Gelsinger's response was that major customers took "quite significant adjustments to their inventory positions" during the quarter. He also pointed to data center contracts with AWS and Meta, arguing that Intel's "competitive position is improving."

Yet revenues at this unit sank by 16%, to $4.6 billion, which will hardly buoy shareholder spirits.

Nor will Gelsinger's other explanation for Intel's misfortunes – that "execution issues" have continued to hinder performance.

This is, remember, a company that has fallen behind TSMC and Samsung on manufacture of the latest process nodes, and one that has ceded market share in the data center to AMD and rivals using designs by UK-based Arm.

Earlier delays in development badly tripped up as important a customer as Nokia, one of the world's biggest makers of mobile network equipment. And Intel is not yet done with delays.

Sapphire Rapids, its next-generation central processing unit, was originally supposed to launch in the first quarter of 2022. Following multiple delays, it is now unlikely to ship in volume until the second quarter of 2023, allowing better-executing rivals to bite even deeper into Intel's lunch.

If Sapphire Rapids continues to suffer delays, how can investors have confidence that subsequent generations will appear on time?

All this would be troubling enough at a company that had not just embarked on a massive strategic U-turn. But Intel is now pouring tens of billions of taxpayer and company dollars into new facilities as it works on turning itself into a world-class foundry.

This year alone, it plans to invest $27 billion in capital expenditure, up from $18.7 billion last year. Worried in a turbulent world about over reliance on Asian manufacturing, governments in the US and Europe are flinging billions more at Intel for the construction of factories.

The US alone is raiding taxpayers for $52 billion it will disburse to chipmakers including Intel.

"Literally, since World War II, there might not have been a more historic piece of industrial policy that came forward through Congress, so we are thrilled by that," said Gelsinger, drooling at the thought of funds that will not come from Intel's own coffers.

"This is great for the semiconductor industry. This is beneficial to Intel."

Yet TSMC and Samsung are being even more spendthrift, stoking fears of a semiconductor glut when all these new foundries are built.

The current downturn, however bad, is a nasty reminder of the semiconductor industry's boom-and-bust historical cyclicality. A wave of investment typically follows a shortage, itself precipitating a glut.

By the time new foundries are built in the mid-2020s, the economy might well be in a growth phase. But the scale of the investment now underway has been justified by reference to a new paradigm – a sustained ramp-up in semiconductor volumes as society's dependence on technology grows. Nobody knows how fast this will happen, and earlier forecasts about such phenomena as the "Internet of Things" proved to be wildly optimistic. Intel clearly has a vested interest in arguing future Earthlings will be knee-deep in integrated circuits.

Intel's other big problem is that Samsung and TSMC, the foundries it aspires to emulate, are in rude health.

Samsung this week reported a 24% rise in quarterly sales at its semiconductor business. Two weeks ago, TSMC flagged a 37% increase in sales and 76% growth in net profit. Intel, meanwhile, foresees revenues of between $15 and $16 billion for the current quarter. Analysts were reportedly expecting about $18.6 billion.

AMD, arguably the company that looks most like Intel today, is due to report earnings next week.

The worse its numbers, the more sympathetic investors will be toward Pat Gelsinger and his ideas about a rapid decline in economic activity. Right now, though, AMD's own shareholders do not seem that worried. Its share price was slightly higher on the Nasdaq this morning.