LAS VEGAS – The world is still dealing with a multi-year pandemic and managing ongoing supply chain issues, problems that are now being amplified by runaway inflation and Russia's war with Ukraine.

"Other than that, things are pretty smooth," Chuck Robbins, Cisco's chairman and CEO, joked here Tuesday during a keynote delivered in front of about 16,000 at the company's annual Cisco Live event  the first to be held in person since 2019.

While some people may be hoping that the world will eventually iron out all its problems and return to some type of normalcy, Robbins doesn't see anything like that on the horizon. The new reality, he said, is that "there's always going to be some sort of crisis." 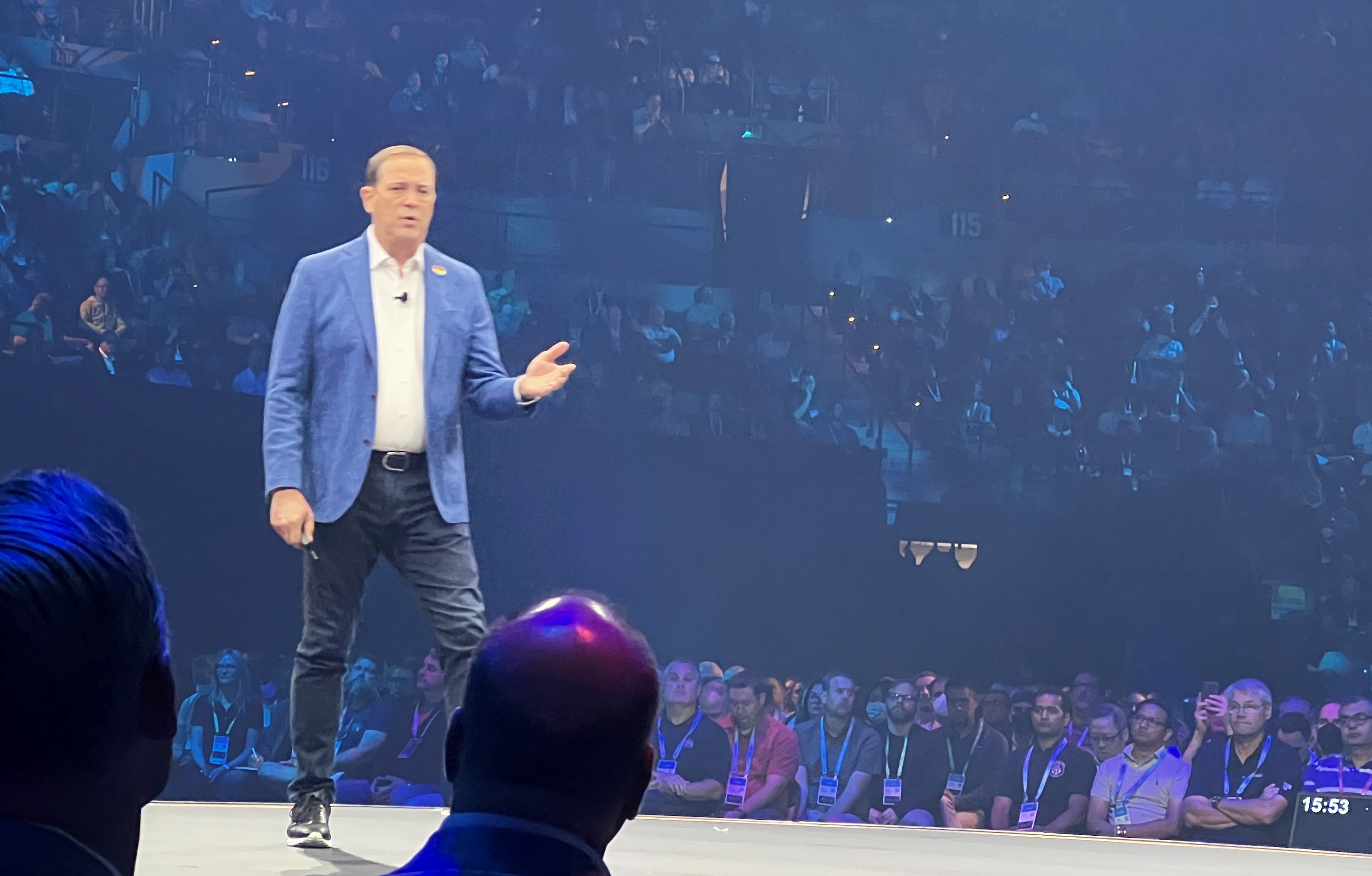 Indeed, compounding crises in recent years have sped up some basic changes and a more expansive transformation of the network, while providing a few lessons along the way. That, Robbins said, has led to an acceleration of multi-cloud networks, networks that can aptly support a hybrid workforce, and a need for cybersecurity to evolve from point-solutions to overarching platforms that can be stitched into all aspects of enterprises and organizations.

Rapid transformation has also led to an increased need for collaboration and a way to connect and secure this "massively distributed world" in which applications and data are being delivered and served "everywhere," Robbins explained.

Some of the resulting handiwork includes expanded access to Cisco apps and services such as Webex. For example, car-manufacturing giant Ford is integrating Webex as a native app in new electric vehicles that are being outfitted with 15.5-inch touchscreens. 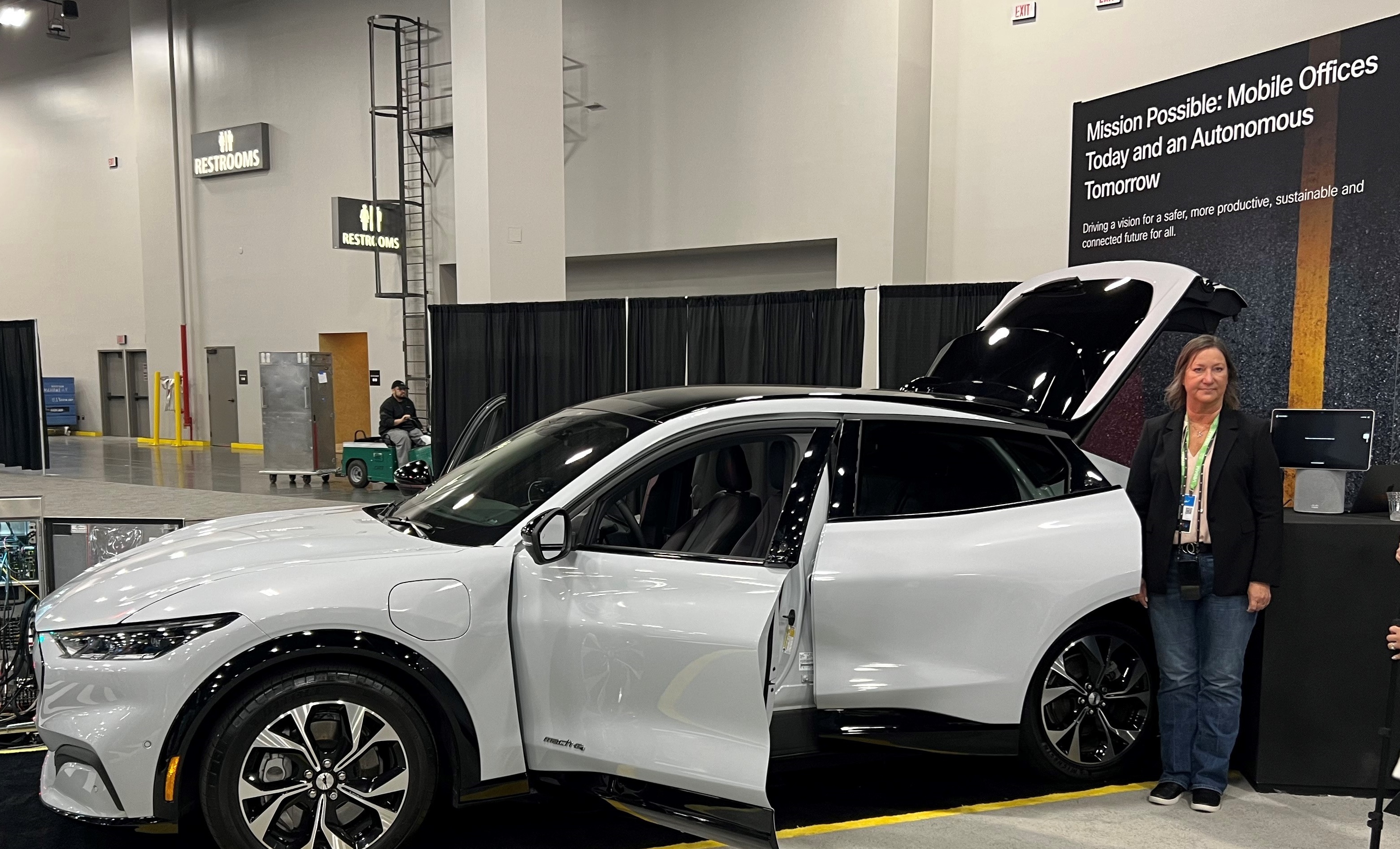 Locking down on security

The distribution of apps and data across clouds and various private networks likewise creates "a very complicated threat landscape," forcing companies like Cisco to rethink their own security architecture, Robbins said.

Jeetu Patel, Cisco's EVP and GM of security and collaboration, spent a large portion of the keynote session discussing how Cisco is adapting to these new cybersecurity needs.

"It's a game-changing time and era  [and] warfare starts with cyber," Patel said, noting that security is evolving to become a holistic ecosystem, rather than a set of point products. "We will have to protect the full ecosystem, or we won't be protected as a society," he added.

And, with hybrid work seemingly here to say, protection must also be extended to apps on sanctioned and non-sanctioned networks and across a multi-cloud architecture, Patel explained.

Cisco is attacking that in part with Cisco+ Secure Connect Now, a recently launched global, cloud-powered SASE (Secure Access Service Edge) service that integrates connectivity and security. The vision is to cover the public cloud, Cisco's own data centers or the data centers of the service provider.

Also tied in is the notion of "continuous trusted access" that keeps tabs on security-related anomalies that could crop up even after a user is logged in and granted access. The idea, Patel said, is to ensure that anomalies can be detected and intercepted based on ongoing behavior rather than on a one-time basis or only when users log in.

It's impossible to eliminate all security risks, according to Patel, but more can be done to pinpoint threats and remediate them as soon as possible once they are discovered.