Fantastic BSS beasts and how Openet can tame them

Niall Norton, the CEO of Ireland's Openet, shivers at recollections of last year's Mobile World Congress. As the "beast from the east" swept into western Europe, flinging snow and ice across the region, flights back home were canceled. After diverting to London, Norton spent several long, cold hours on board the "Hogwart's Express" train, he jokes, bound for Holyhead in Wales and the Dublin ferry.

Business was still beastly, too. Following a market downturn in 2017, the privately owned Irish software company, which develops business support systems (BSS) for telcos worldwide, got off to a slow start in 2018 that put the deep freeze on sales. Annual revenues ultimately fell to about $80 million, from $100 million in previous years, as the frosty climate of the early weeks bit. 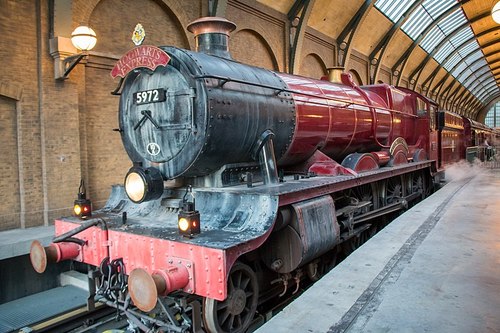 An alternative to flying.

One year on, things are looking much better. With the sun out in Barcelona, both Norton and his colleague Martin Morgan, who handles marketing for Openet, seem revitalized. Sales are "heading back up," says Norton, thanks to contracts signed in the second half of 2018. Revenues are expected to grow 10-12% this year, he tells Light Reading.

Openet might just be in the right place at the right time. For years, the small company has been trying to squeeze in next to big industry beasts from the east and west such as Amdocs, Ericsson and Huawei. That such huge rivals were able to bundle a BSS stack into contracts for network rollout and other goodies made life even harder. "It was tough to compete against free," says Morgan. But Openet's recent upswing, along with setbacks for some giants, suggests disaffection with all-in-one BSS deals is rising.

"The message from big vendors that it all had to be their stuff or there would be famine and pestilence was nonsense and that has become exposed," says Norton.

Service providers have always faced a trade-off between a so-called "best of suite" approach, where the BSS products come entirely from a single supplier, and a "best of breed" one, where several vendors are used. The former holds attractions because it gives you "one throat to choke" if something goes wrong, according to James Crawshaw, a senior analyst with market research firm Heavy Reading. But the latter means a telco can select the optimal technology in each field. Then, though, they need to be integrated and multiple supplier relationships managed.

Off the Hogwart's Express, and back in the Openet School of Witchcraft and Wizardry, the specialism for Norton and his team has been policy and charging. While it lacks the R&D might of an Ericsson, the Irish company has been able to focus on doing one thing in a way a corporation with so many interests never could. Openet is likely to be taken more seriously when it talks about openness, too: Unlike a "full stack" rival, it is forced by its very nature to slot in alongside other providers.

Filipino operator Globe is one Openet customer that has seen the benefits, according to Norton. "Our charging system is an adjunct to the Amdocs billing system," he says. "They have come out and said their time to market has been 40% quicker since they started using us. Last year their mobile data revenues jumped by 28%." 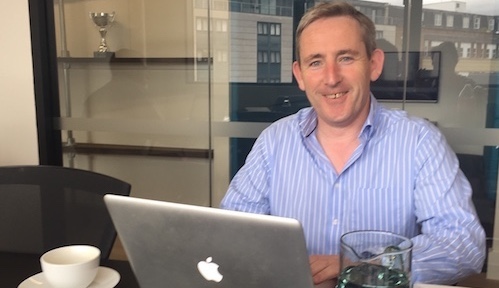 Yet concern about operational complexity also puts pressure on Openet and its ilk to show they can play nicely together. For the Irish company, partnerships signed with Samsung and Cloudsense in the run-up to this year's Mobile World Congress should help. The Samsung tie-up mixes Openet's real-time policy and charging stuff with 5G packet core products from the South Korean firm, while Cloudsense, which uses the Salesforce platform, is combining Openet's software with its own sales and delivery expertise.

"We will see a lot more engagement where the big guys bring together the coalition of the willing," says Norton. "But we need to pre-build with partners to show the systems integrators this is real and can be replicated without having to learn ancient versions of the Gaelic tongue."

Big beast goes belly-up
His own silver tongue has always made Norton a persuasive speaker, and his line about growing enthusiasm for multivendor BSS arrangements is just what Openet's financial backers want to hear, of course. What lends it weight is that a big beast is now saying much the same thing after one of its projects went belly-up.

In a dramatic update at the start of the year, Ericsson said it would ditch Revenue Manager, its full-stack BSS offering, after major disappointment on the sales front. Explaining developments, Ericsson said the "anticipated customer demand for a full-stack pre-integrated BSS solution has not materialized." Helena Norrman, Ericsson's soon-to-depart chief marketing officer, subsequently told Light Reading that Ericsson had simply misjudged the market.

Openet also believes that Huawei has pulled back from the BSS market in the past few months. The Chinese equipment giant had not responded to a query on this issue at the time of publication, but its security-related clash with some government authorities could certainly create opportunities for rivals big and small, according to various analysts.

Norton insists market forces have simply led to a reassessment of business priorities within both Ericsson and Huawei. "There is a realization that software margins have become thinner because open source has challenged guys like us to do it cheaper and faster," he says. "Radio is more specialized and they can make a lot more margin."

Openet, for its part, is never going to be a radio player, says Norton. In today's market, that could make it seem like an attractive partner to a big beast if its policy and charging software can plug into any 5G radio access network. Accordingly, it has identified five related virtual network functions (VNFs) where it believes it can add 5G business value. Three are already "production ready" and the other two are being tested by service providers. "We know what we are doing and felt we had to be at the front of the queue because there are too many chancers out there," says Norton.

The recent downturn has precipitated a clear-out at Openet. Besides cutting the size of its services business, Openet has scrapped some product lines it did not see as core to the main strategy. In some cases that has meant transferring intellectual property to customers or partners. From more than 800 employees at its peak, Openet is down to around 530.

Even if revenues enjoy the bump this year that Norton expects, sales will be down on previous years. Economic activity may be more favorable than Openet's figures indicate, though: The ongoing shift from "perpetual licenses" to software-as-a-service contracts will have some impact on what shows up in this year's "P&L" statement, says Norton.

Thanks to a rights issue at Christmas, there is more money in the "cash register," he says. Another encouraging move in December was the appointment of Jan Frykhammar, previously the chief financial officer at Ericsson, as Openet's chairman, after he had joined the Openet board in April. His experience could be just what the Irish firm needs this year. After all, when you are trying to tame the big beasts, it cannot hurt to have one of their former minions on your side.

GypsumFantastic 3/22/2019 | 11:58:37 AM
fair play I've still to experience or hear of a big-bang Telco/BSS COTS transformation approach that could genuinely be considered a success. Whereas I experienced great success in late 1990s/early 2000s deploying key platforms separately.

So it's refreshing to see Openet have quickly realised they are better off sticking with the latter approach.