Much of the communications industry's M&A action lately has centered on small and midsized network operators. But the telco and cable giants aren't always the instigators. In fact, many recent deals have come from private equity (PE) firms and other less conventional players.

A longtime technology executive hailing from the more conventional side of the operator business, Jay Rolls has jumped into the game as a senior advisor at Broadband Success Partners, a firm that has secured its niche in the small and midsized end of this current wave of telecom M&A activity. 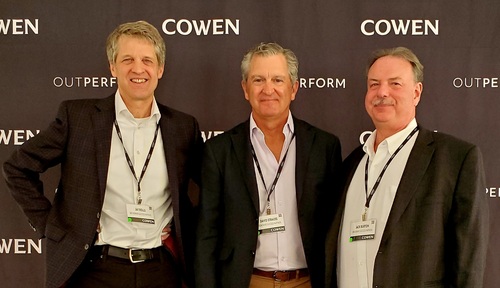 Rolls, a cable vet who formerly served as chief technology officer at major MSOs Cox Communications and Charter Communications, comes on board there as a mix of PE firms, banks and infrastructure funds have accelerated their pursuit and exploration of fiber network operators and cable service providers.

Launched in 2017, Broadband Success Partners focuses on performing due diligence for PEs and other clients that are exploring such deals. That helps potential buyers (and a few sellers) determine value by assessing the current state of particular networks and their readiness to handle future demands.

"The diligence is largely technical in nature and network-focused and also operationally focused," David Strauss, a principal at Broadband Success Partners late of companies such as Juniper Networks, Lightpath, Sprint and AT&T, explained.

Rolls, who retired from Charter in the spring of 2019 and was recently named to Light Reading's Broadband 50 to Watch, has come on board to help Broadband Success Partners help its clients analyze potential telecom-focused deals.

That work, for example, could involve helping a PE firm evaluate a hybrid fiber/coax (HFC) network and what needs to be done in the coming years to ensure it remains relevant and competitive in the coming years, but with the proper return on investment. Does the network need to be updated to the latest, greatest DOCSIS technology? Does it require fiber-to-the-premises upgrades across the board or in specific areas? Or could another technology, such as fixed wireless, help fit the broadband bill?

It's not unusual for Broadband Success Partners to assess half a dozen options for upgrading a network, but much of the focus these days gravitates toward fiber.

"There's a tremendous amount of energy around fiber," Strauss said. "Fiber might be the right solution, but maybe not in the near term. Oftentimes, we're asked to weigh in on that."

Rolls believes Broadband Success Partners is hitting a "sweet spot" in the market.

"They found this real niche, sort of underserved market. It's in full swing now," Rolls said when asked why he took the role with Broadband Success Partners this summer. "There's a lot of interest in fiber networks now. There's a lot of investors. There's the beginning of what I would call a long path of consolidation that will probably take a long time to play out. And there's a lot of private equity money chasing this right now. It's very interesting."

Jack Burton, another principal at Broadband Success Partners and industry vet with past ties to Cablevision Systems and Altice USA, said opportunities to help assess potential deals have emerged as a growing number of somewhat non-traditional players have jumped into the fray to explore strategic, infrastructure-focused acquisitions. But some in that group need help to get a better understanding of what's actually in front of them.

"There's always been consolidation and mergers in the business," Burton said, noting that larger operators tend to have teams that know what to look for and how to affix the right values to potential deals. "But when the person doing the acquiring or when the company doing the acquiring is a bank or an infrastructure fund or something of that sort, they may not have the expertise to know an HFC network from a fiber network, or what to look for, or how to value things."

And, like any deal, it's critical for these players to avoid overpaying or underselling, and to know whether or not what they are targeting is state-of-the-art, a fixer-upper or something in between. That analysis can also determine more value if, for example, the company or asset being pursued has solid in-house construction capabilities.

"There's a tremendous amount of capital out there chasing fewer and fewer opportunities," Strauss said. "They need a tech advisor, of course, but you have to be far more savvy now in trying to find value."

Adding to the intrigue and complexity is the influx of state and federal money being injected into the market from projects such as the Rural Digital Opportunity Fund (RDOF) or a new $1 trillion US infrastructure bill that has earmarked $65 billion toward broadband in unserved or underserved areas. A good chunk of that money will head to rural areas, and it is playing a significant role in the analysis. Can it be used to upgrade existing networks, expand into new areas, or maybe fuel a new competitive threat?

"You've got a lot of money coming into the system, either PE or incentive money, and that's just going to drive a lot of activity," Rolls said.

That will likewise put pressure on incumbent operators to make some sort of a move, particularly if they are about to get overbuilt with fiber by an entity with access to these funds. Extending service to a farmhouse using RDOF, for example, could easily pass into the territory of an incumbent cable operator using older DOCSIS technology or a telco with a weak DSL service.

"You're either going to have to either upgrade or sell. I think that's going to drive even more business," Burton said.